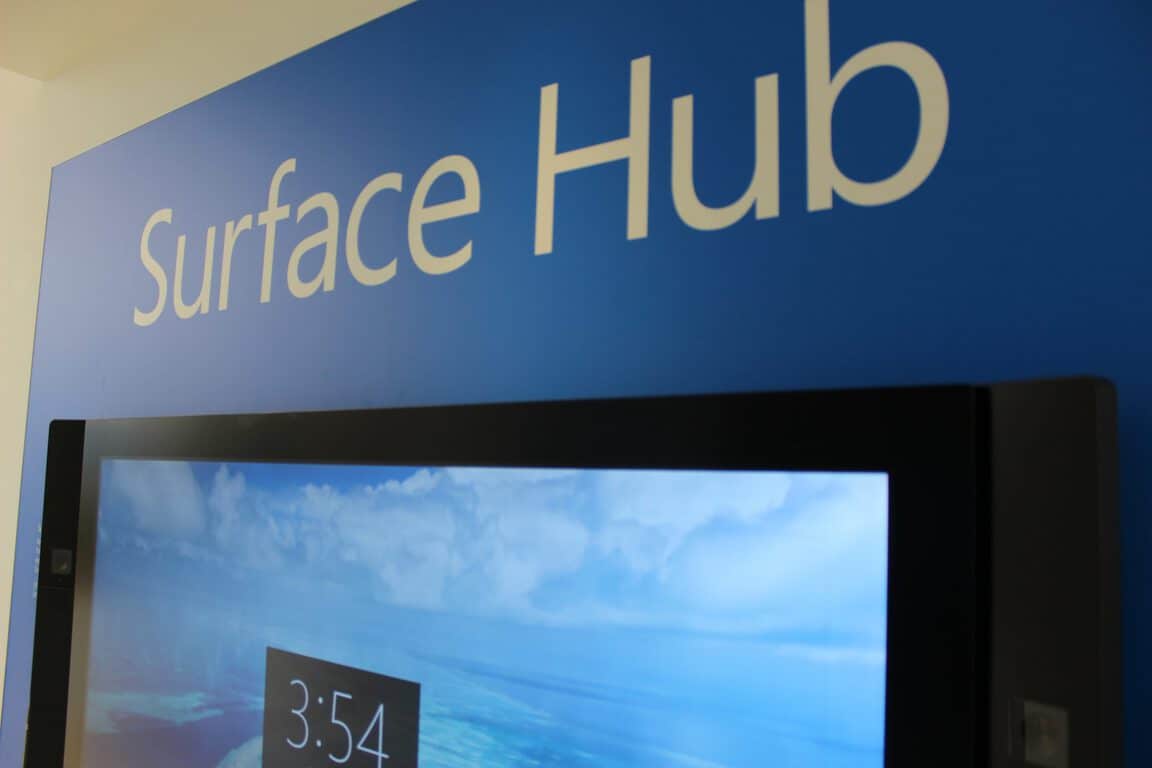 Microsoft is planning on revealing the next generation Surface Hub sometime later this year, the company revealed today. The Redmond giant is currently working on the device and says it will be revealed in the "first half of 2018" giving no specific date for when it will be made available for purchase (via The Verge.)

The company asserted the popularity of Surface Hub in a statement, saying "Surface Hub created an entirely new device category and we’re thrilled with the strong momentum we have seen across the globe... We’re working on V2 and will share more in the first half of this year." Microsoft is also planning on a new operating system upgrade for the 55-inch and 84-inch Surface Hub smart displays, with Microsoft Teams integration apparently coming on board.

Last year, Microsoft said that the current generation Surface Hub devices were picking up momentum worldwide. The 55-inch version of the Surface Hub currently comes in at $9,000 and the 84-inch version at $21,999. The company previously announced a Surface Hub subscription plan for enterprises interested in the device, and recently expanded the program to the UK to address the high demand.

Despite the recent shut down of an Oregon Surface Hub manufacturing facility to align production efforts, Microsoft remains totally committed to the Surface Hub product line and we're looking forward to discover the new generation later this year.

Hey Microsoft, a standalone Photos app for iOS and Android is long overdue