Back in 2015, Microsoft made headlines when it introduced the Surface Book, a premium convertible notebook which is still being marketed by the company as the "ultimate laptop." Before the recently announced Surface Laptop, the Surface Book was the company's first "real laptop," even though its dynamic fulcrum hinge clearly set it apart from the competition.

It's not clear if Microsoft could unveil a new Surface Book model this year, but the upcoming release of the Surface Laptop doesn't mean that the Redmond giant is no longer interested in hinged devices. Indeed, the company has just received a new patent for a simply called "Hinged Device" which was initially filed in November 2016 (via WinCentral) . Interestingly, the inventor is Kabir Siddiqui, the man behind another patent for a "Mobile Computing Device having a Flexible Hinge Structure" published last year.

The description of the new patent explains that "the present hinge assembly concepts can be utilized with any type of device, such as, but not limited to, notebook computers, smart phones, wearable smart devices, tablets, and/or other types of existing, developing, and/or yet to be developed devices." 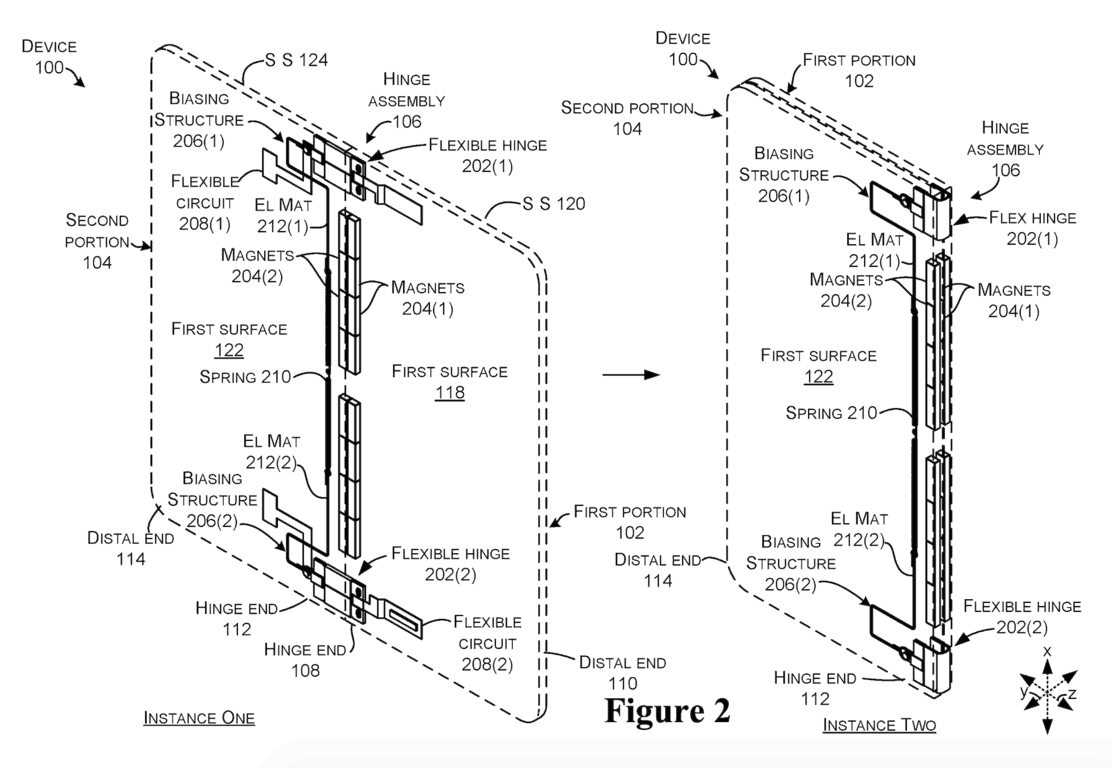 In the section that lists all the possible use cases for this hinged device concept, the patent mentions that it would be possible to use this design to allow to combine two separate screens into one:

As you may known, patents don't always turn into real products, but after we saw the company getting another patent for a foldable tablet earlier this year, we're really starting to see a trend. Last year, CEO Satya Nadella said that Microsoft was working on the "ultimate mobile device," and a folding mobile device with flexible hinge infrastructure could definitely stand out in this highly competitive market.