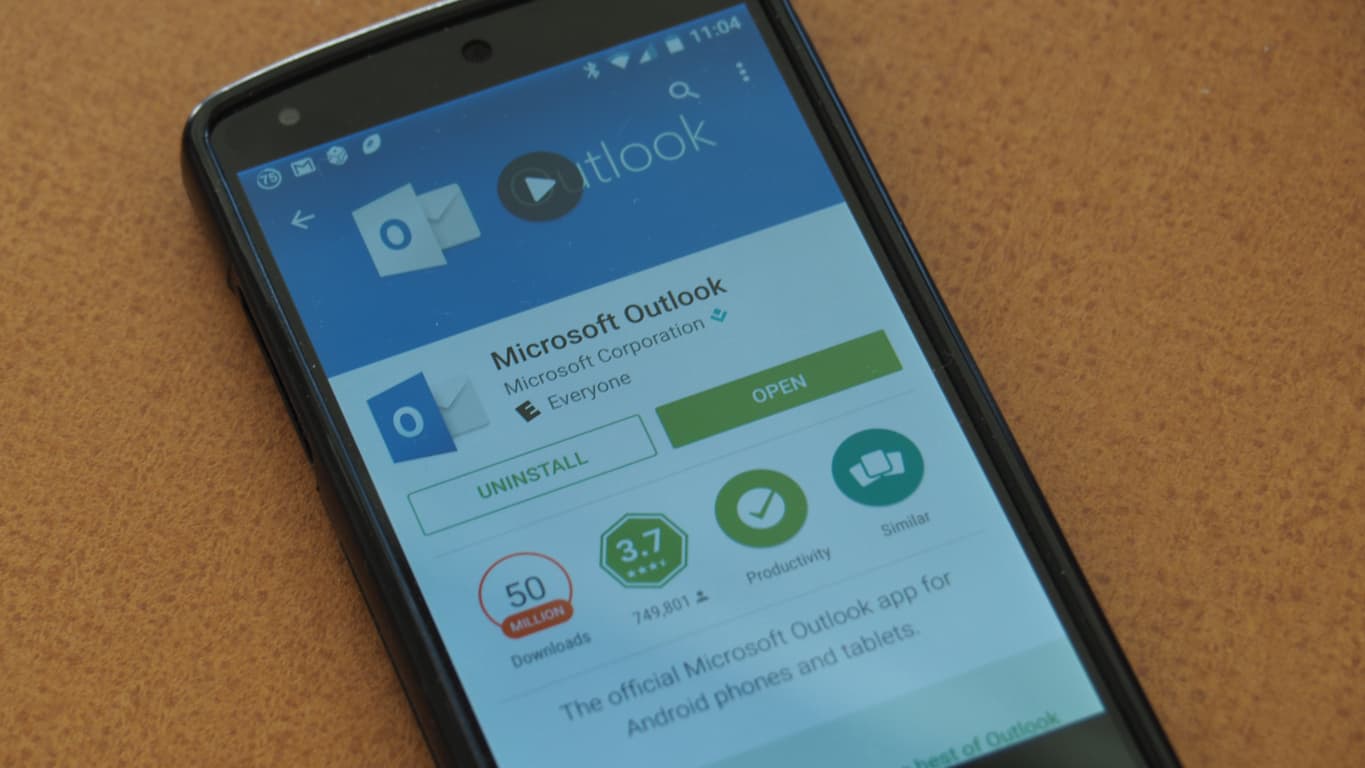 With Windows Phone now being dead, former users and even fanboys have had to turn to either iOS and Android for the best Microsoft to Windows 10 synergies. That often means installing Microsoft apps like Your Phone, Microsoft Launcher, and more. Well, one of those apps has just hit a milestone as the Microsoft Outlook app has just reached the 100 million install mark on the Google Play Store.

As MSPoweruser points out, this is quite a significant moment. Since Gmail is included on most Android phones by default, the milestone suggests a large group of users could prefer Outlook over Google’s solution. In fact, when compared to Gmail over the past few years, Microsoft has continuously improved on the app. Some new features include dark mode support, suggested replies, and even a completely new search experience and navigation bar.

Still, while 100 million seems like a big number, it is still a far cry from some of Microsoft’s other Android apps. Swiftkey, a very popular third-party keyboard on Android, recently hit the 500 million install mark. Skype, meanwhile, hit the 1 billion download club in October of 2017, at the time joining both WhatsApp and Facebook Messenger.

Other Microsoft on Android milestones include Microsoft Launcher hitting 10 million downloads, and Edge hitting the 1 million download mark. Clearly, Microsoft is having much success on Android, and with the release of the Android-powered Surface Duo on the horizon, things can only get better from here on out.