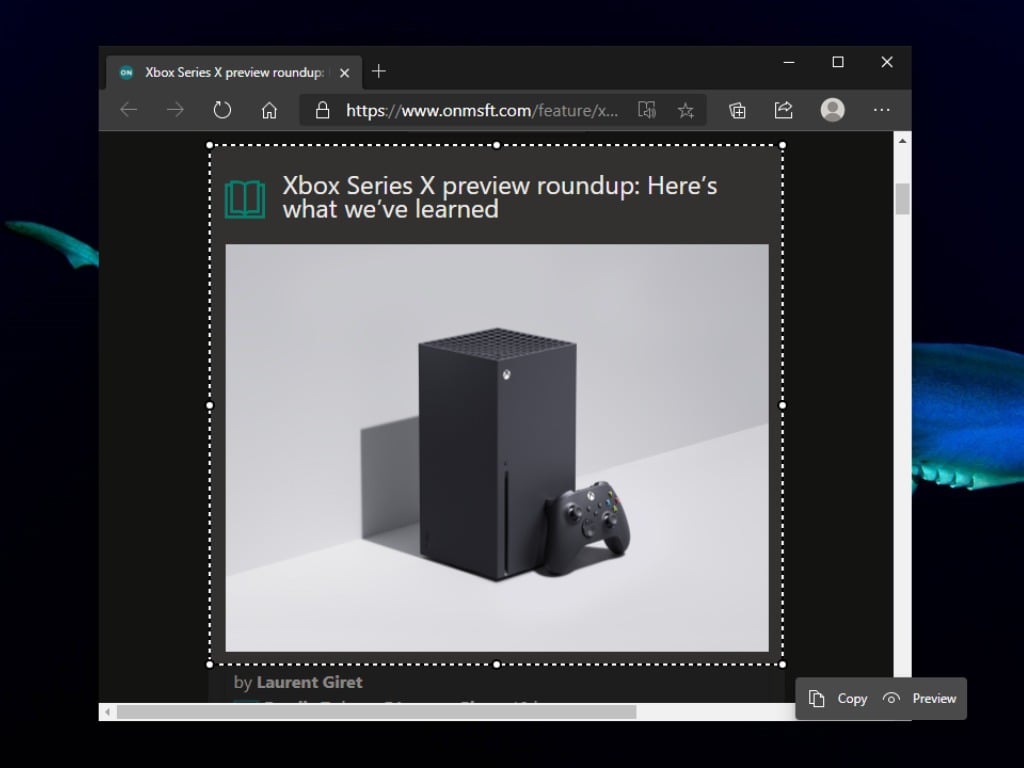 Recently we reported that Microsoft has started testing a new Web Capture tool that allows users to take a screenshot of a webpage in Microsoft Edge. Now, the company has officially announced this feature and confirmed that it’s working to enhance it with extra capabilities further.

The Web Capture tool is an improved version of the web notes tool, which was present in the legacy Edge browser that was previously bundled with Windows 10. Right now, users can only grab a screenshot of a webpage, and copy it to the clipboard or preview it. Even though the Web Capture tool is a great built-in feature, there’s still room for improvement.

Microsoft says that it has adopted user feedback to implement some additional functionalities to improve the tool in future updates. More specifically, users will soon be able to ink on the screenshots, capture full webpages, and highlight different sections. The company also plans to bring annotation support for Edge Insiders.

In a related announcement, Microsoft also said that users now have an option to pin it directly to the browser’s toolbar. To do so, simply right-click on the “Web Capture” option available in the More menu (…) and select the “Show in toolbar” option. The tool should now appear at the top right corner of the toolbar.

The feature is now available for all users in the latest Dev and Canary builds, and we hope that it will make its way to the beta channel soon. However, there’s no ETA as to when it could go live in the production builds.