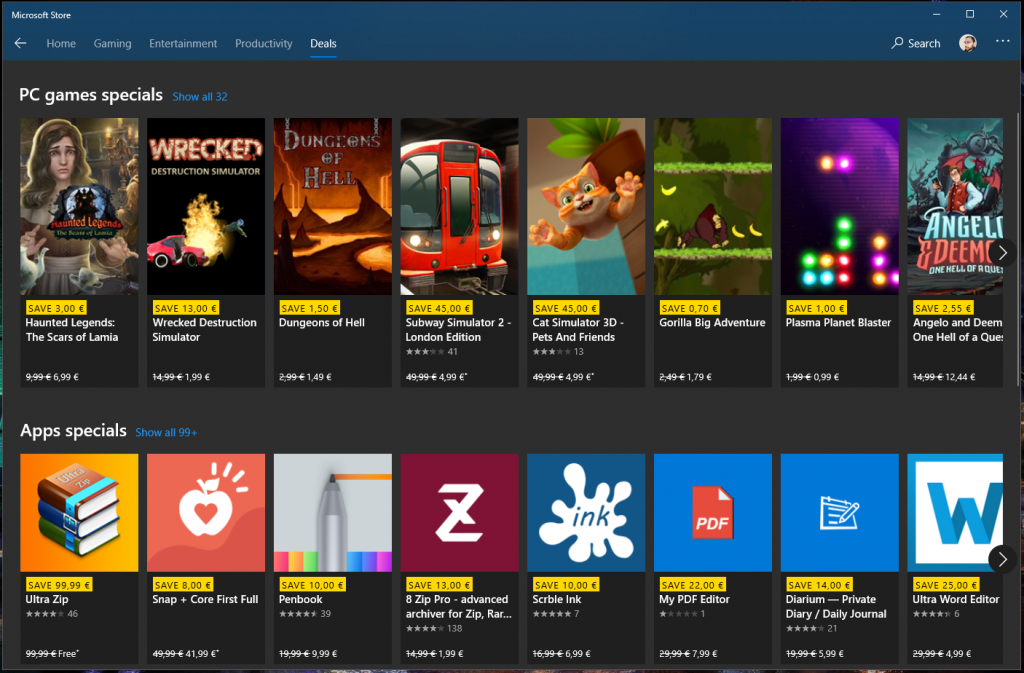 In what will surely feed the ongoing “UWP is dead” narrative, Microsoft has quietly announced its plan to shut down its Ad Monetization platform for UWP apps on June 1, 2020. The announcement was made yesterday on the Windows Dev Center (via MSPoweruser), and a Microsoft moderator explained that this decision was made primarily because it is no longer viable for us to continue operating the product at the current levels.”

Microsoft’s Ad Monetization platform managed to get various ad network partners on board including AppNexus or Oath (now Verizon Media), but the company notes that "(c)ertain underperforming Ad networks will be shut down between now and June 1, 2020.” Microsoft now recommends UWP developers to move on to other ad platforms, but the process may well be too much of a hassle for most developers. The Microsoft Ad Monetization platform also had the advantage of offering dedicated APIs for running ad campaigns on the Microsoft Store.

While Microsoft taking away app monetization options for app developers is certainly bad news, it doesn’t mean that UWP developers can no longer make money on the Microsoft Store. Indeed, ads are just one way to monetize free apps, but there are other solutions like subscriptions or in-app purchases. On Twitter, the developer of the third-party Spotify client Spotimo claimed that ads represent just 10% of app revenue for developers, the rest being in-app purchases.

After checking with community members, monetization is usually around 90% IAP and 10% ads

Even though the writing seems to be on the wall, UWP apps still allow developers to create apps that can run on Windows 10 PCs, Xbox One consoles, Surface Hub devices, or HoloLens headsets. UWP apps should also play a big role on dual-screen devices running Windows 10X, though it's hard to imagine many developers starting to build UWP apps for this new platform. We'll see what happens, but for now, it's still too early to say that UWP apps are dead.

Microsoft Edge to get new option to block unwanted apps