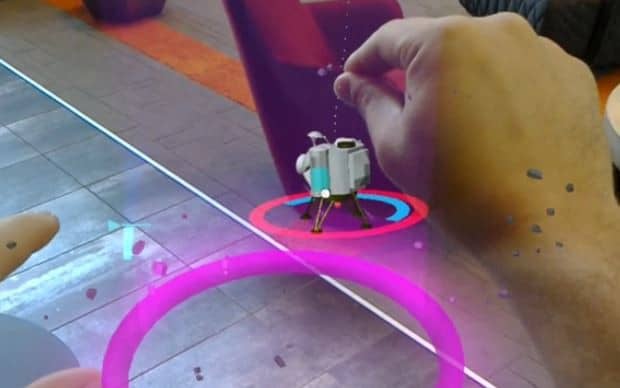 In a post on Medium, Microsoft Mixed Reality Creative Director, Jonathan Wiedemann describes what it is like to be a part of the "Designing Windows Mixed Reality" project, which serves as a guide for holographic head-mounted displays like the HoloLens.

Recently, Wiedemann notes that the Microsoft's Mixed Reality Design Labs teams recently released an open-source sample app for HoloLens called Lunar Module. Lunar Module was inspired by the Atari classic game Lunar Lander, but this time, the game is made for HoloLens. Lunar Module explores the input capabilities of the HoloLens, specifically the use of gestures, Xbox controllers, ‘welcome’ UX for spatial apps, and Fluent design.

At this time, Lunar Module is only available for HoloLens, other Windows Mixed Reality headsets may get access to the HoloLens app at a later date. While using HoloLens gestures or an Xbox controller is not very interesting, the use of Microsoft's Fluent Design System is.

The use of the Fluent Design System allows the Mixed Reality Design Labs team to include depth, materials, and lighting to Lunar Module while still utilizing the new augmented reality of HoloLens.

Poll: Surface Book? Surface Phone? What new Microsoft product has you most excited?