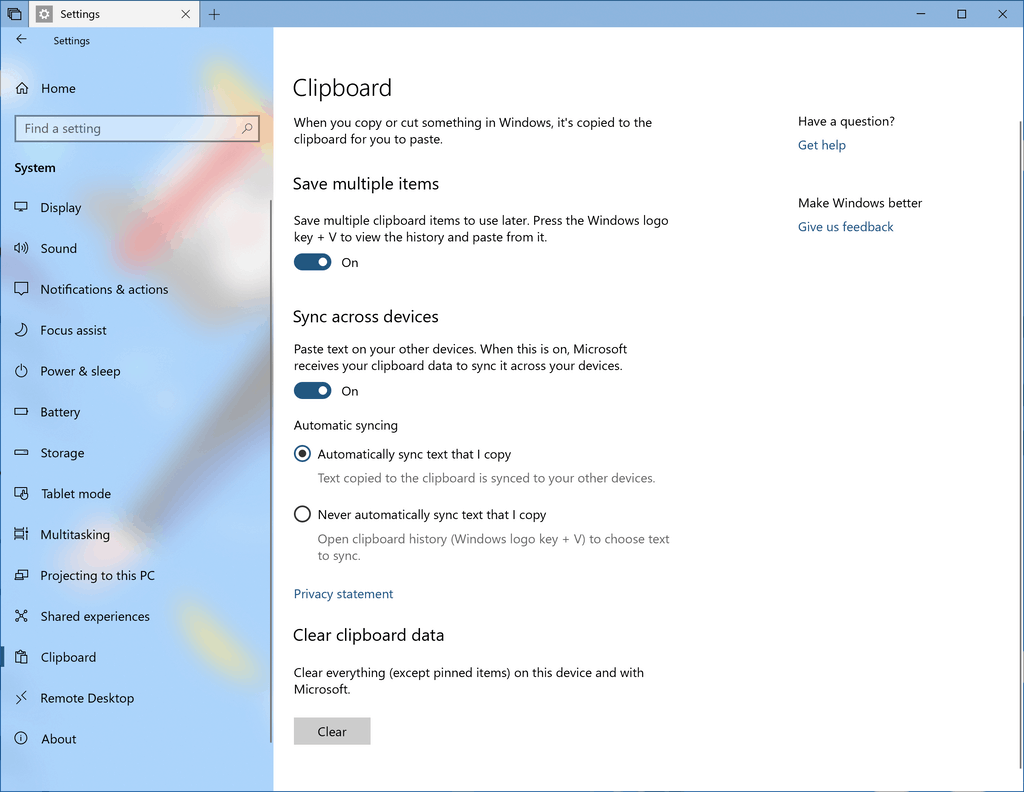 Microsoft unveiled its new cross-device content sharing app Your Phone during its developer conference this week, and it was one of the few new noteworthy consumer-facing highlights for the company. However, in introducing and explaining how Your Phone would automagically leverage the Microsoft Graph to bring some fairly impressive cross-device experiences from Android smartphones (and presumably iPhones), Microsoft inadvertently trampled over the concept of their previously announced Cloud Clipboard, which was also met with some fanfare back during its 2017 announcement.

After the 'Your Phone' presentation, some developers and consumers wanted to know the status of the similar functioning Cloud Clipboard feature, especially since it was announced during Build last year and has seen little public engineering attention beyond a skeletal prototype offering in an Insider build last October.

Thanks! Cloud clipboard work morphed into our focus on the 'your phone' experience. When we learned which scenarios people cared about most, we focused on those first. https://t.co/6PiKFC7hle

However, as of RS5 Insider preview 17666, Cloud Clipboard will function as previously advertised, as a stand-alone experience with ties to the Windows Settings menu, the ability to pin repeatedly copy/paste content and maintain a history of copy/paste events for easy recall. In this build, you can access Cloud Clipboard by pressing Win+V, and the clipboard history supports plain text, HTML and images less than 1MB. 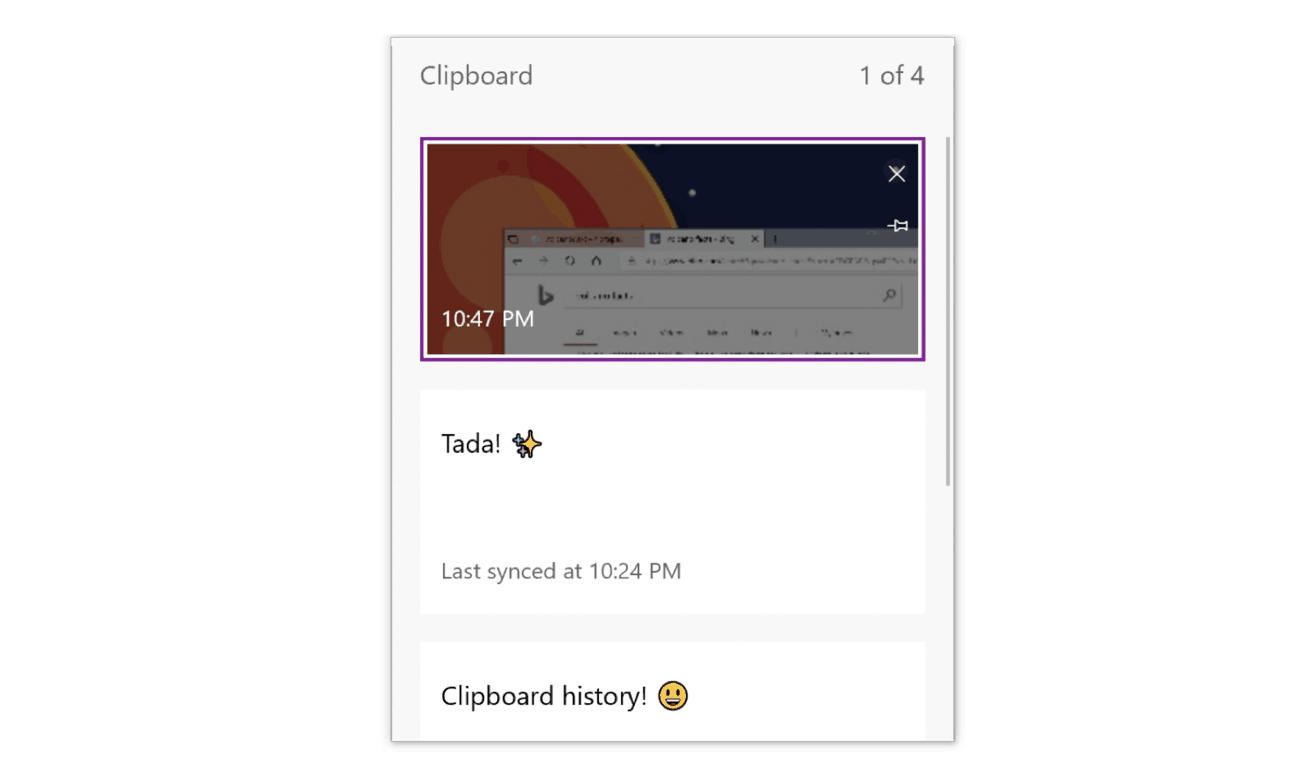 Your Phone and Cloud Clipboard share a similar functionality core, but ultimately execute in distinctly different fashions. With Your Phone, users get an almost virtualized mirrored experience of their phone and its text messaging, notifications, and photos app sharing capabilities, whereas with Cloud Clipboard, users are given a limited visualized keyboard based copy/paste experience of content from PC to PC today. Hopefully, this will soon expand to smartphones via Microsoft's SwiftKey keyboard app for iOS and Android, as Microsoft previously announced.