Cloud Clipboard prototype shows up in latest Windows 10 Insider Skip Ahead builds - OnMSFT.com Skip to content
We're hedging our bets! You can now follow OnMSFT.com on Mastadon or Tumblr! 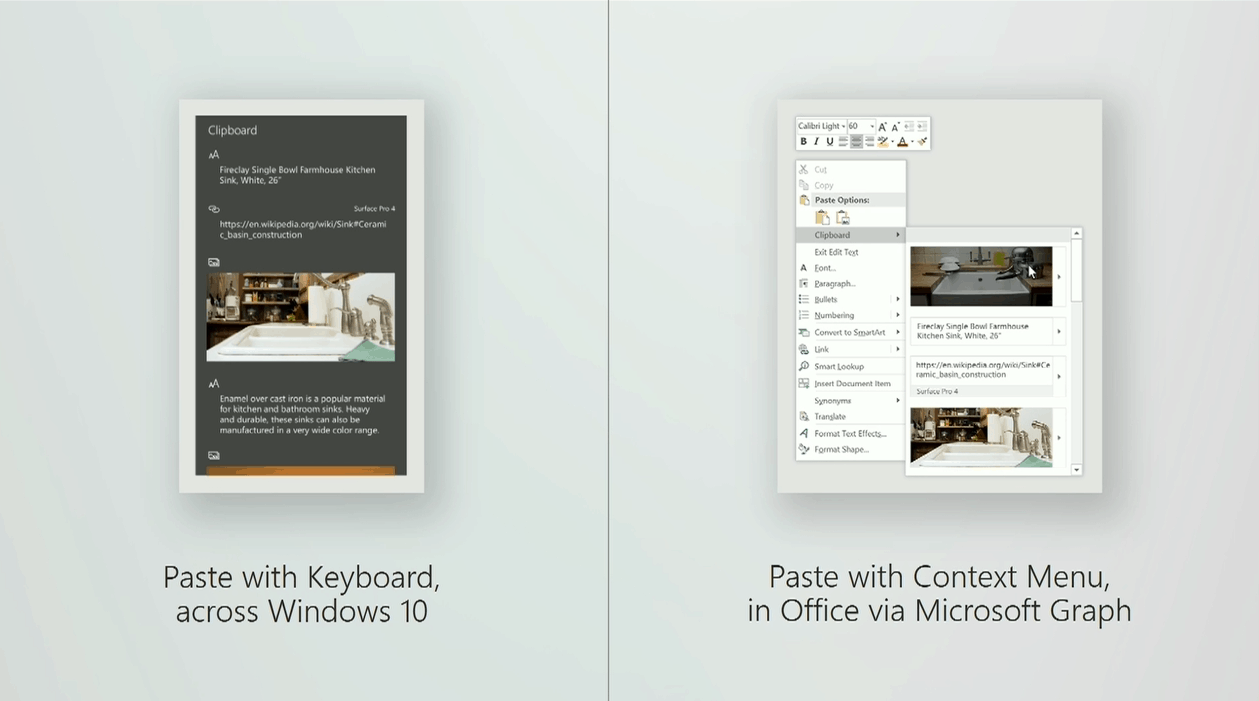 Along with Timeline, Cloud Clipboard is one of the most interesting new Windows 10 features that Microsoft showcased back at Build 2017, though it won’t ready for the upcoming Fall Creators Update. Cloud Clipboard should hopefully be fully baked when the next major Windows 10 update ships next year, and the feature is actually already present in the latest build 17004 for Skip Ahead Insiders, though in a non-functional state.

Rafael Rivera, technical contributor at Thurrott.com, shared some interesting details about the feature today. For those unfamiliar, Cloud Clipboard is Microsoft’s solution for easily copying content from a Windows 10 PC and pasting it to other devices (including Android and iOS through the company’s Swiftkey keyboard). Additionally, the cloud-powered Clipboard will integrate with Microsoft’s Office apps, leveraging the Microsoft Graph to let users paste content right into their Office documents.

As Rivera explained in his report, the Cloud Clipboard prototype present in Redstone 4 build 17004 isn’t connected to the Microsoft Graph yet, and it only displays placeholder content. The cloud clipboard functionality can be accessed with the Windows Key + V keyboard shortcut, and you can see how it looks below. It’s also accessible right from the Windows 10 Touch keyboard via a dedicated button.

It’s not clear yet how it will possible to manage items in the list, and you can also see both text and documents in the list (some of them with a cloud icon). We're still early in the development of Redstone 4, and we probably won't get more details about this cloud clipboard functionality while Microsoft is fully focused on shipping the Fall Creators Update later this month. Still, this looks like a really handy feature and we can't wait to see how it will work with iOS and Android devices.

Pandora Plus shows up in Windows 10 app