Marc Benioff says "the new Microsoft is the old Microsoft" as relationship sours - OnMSFT.com Skip to content
We're hedging our bets! You can now follow OnMSFT.com on Mastadon or Tumblr! 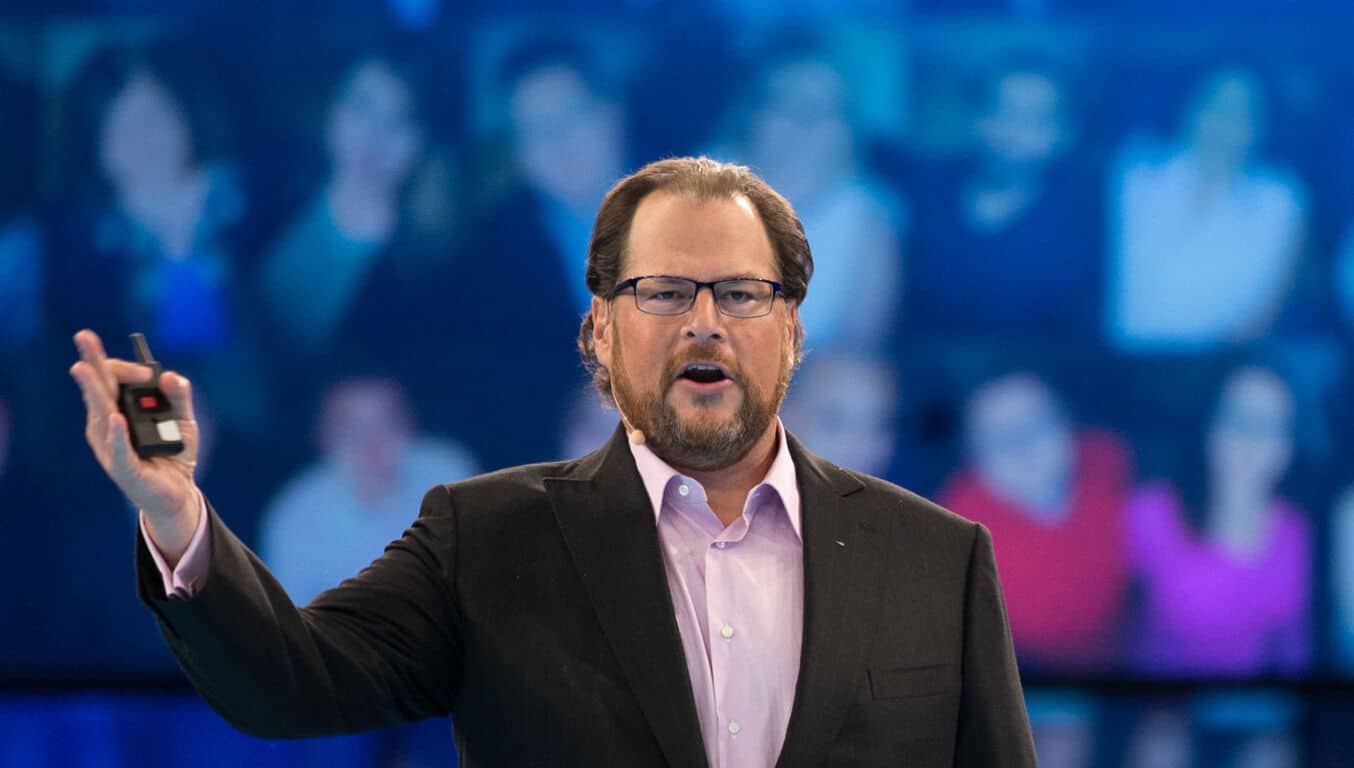 Microsoft and CRM and cloud solutions provider Salesforce have had a complicated relationship over the last few years. While Salesforce CEO Mark Benioff claimed last year that former Microsoft CEO Steve Ballmer had "a hard time having relationships with other CEOs," Benioff stated at the time that Satya Nadella was "the opposite." As a reminder, Microsoft even tried to acquire the CRM giant last year.

While both companies still continued to work together this year, releasing a Salesforce Lightning add-in for Outlook earlier in June, Microsoft’s CRM Dynamics solution has went to become a great competitor to Salesforce core business. Earlier in September, we reported that HP chose Microsoft’s offering over Salesforce’s, with Microsoft’s executive VP of cloud and enterprise Scott Guthrie sharing at the time that the deal was "a Salesforce takeout."

Additionally, Salesforce entered in a bidding war with Microsoft to acquire LinkedIn earlier this year, which pushed the Redmond giant to improve its offer quite significantly. Since then, Salesforce has been making moves to make the European Union block the blockbuster deal.

But Benioff, who was interviewed yesterday by tech reporter Kara Swisher at the Code Enterprise conference in San Francisco, revealed why he came to change his mind about the new, partner-friendly Microsoft that Satya Nadella has been trying to promote since he took the reins of the company nearly three years ago. Specifically, Benioff recalled getting a phone call from Nadella asking him to meet with Scott Guthrie, then head of Microsoft’s Azure Business. But what Benioff didn’t know at the time was that Guthrie would become head of Microsoft’s CRM business just a few weeks later.

"I was just very kind of surprised by this," Benioff told Swisher, adding that "I just kinda came to the conclusion at that point that the new Microsoft was actually the old Microsoft." In the following months, the Salesforce CEO also mentioned that Microsoft invited the company to a partner conference but later had a change of mind. "Little things like this started stacking up," explained Benioff, who then shared that "I don’t feel like this is exactly the new Microsoft that we were looking for." You can listen a more complete version of his statements in the video below.

Before Benioff met Guthrie last year, the exec acknowledged that the company did look at "every possible option" to partner with Microsoft, including a sale. We invite you to check the full interview as Benioff also has a lot to share about Microsoft's LinkedIn acquisition and why he still has some doubts about what the company will do with all its very valuable data.

LightKey is a free word prediction app for Windows in Outlook, Word, and PowerPoint