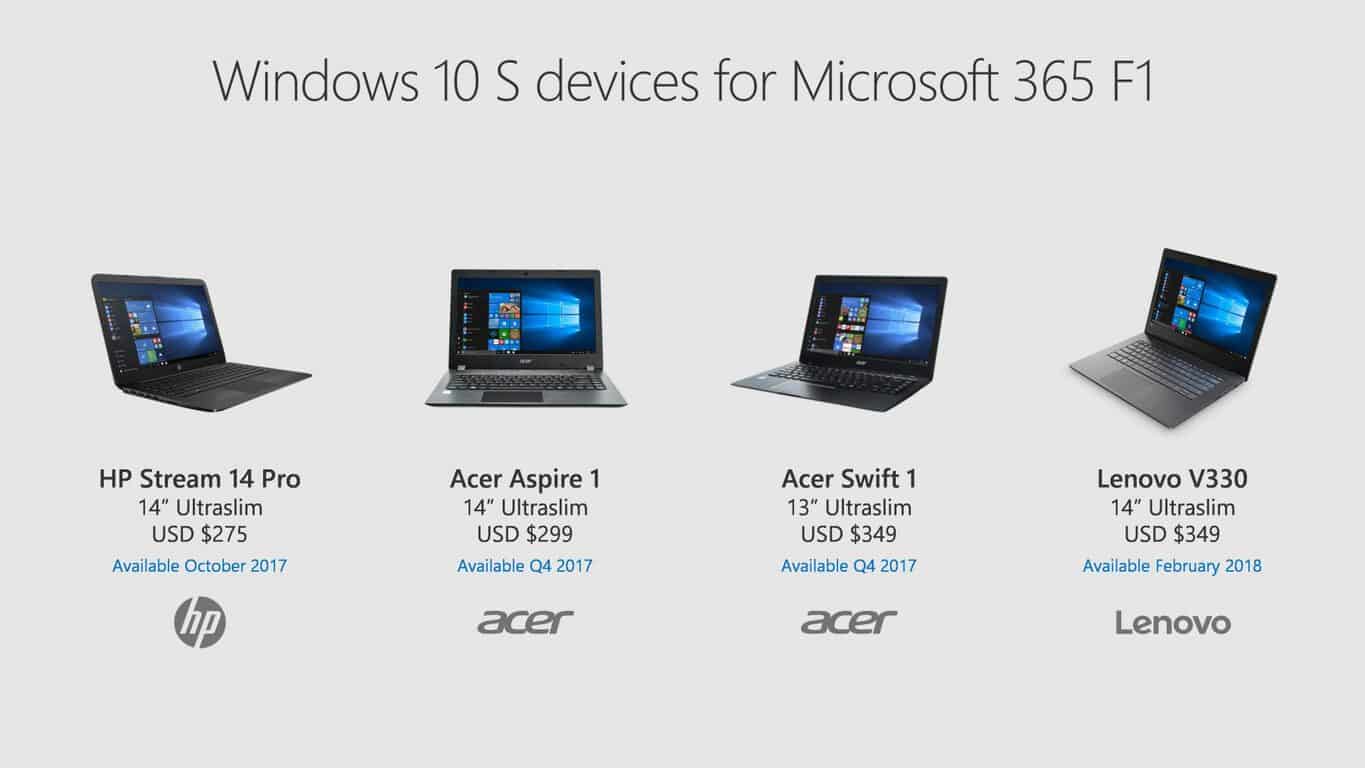 This morning at Microsoft Ignite 2017, Microsoft announced a series of new low cost Windows 10 S laptops from HP, Lenovo, and Fujitsu. The announcement is in conjunction with the news of Microsoft 365 expanding to Education and F1 offerings, and is also part of Microsoft's efforts to empower Firstline workers to achieve more.

According to Microsoft, these devices are powered by Microsoft 365, and will offer up self-service deployment, and simplified management. The devices are designed for businesses and educators, and are meant to always stay up to date, helping lower management costs for owning these devices.

These devices will be available later this year, and prices will start at $275. Prices on the devices can be seen below.

The devices are simple to use, and deliver a familiar Windows 10 experiences, but with the added benefits of streamlined security and ease of management. It's really great to see Microsoft selling Windows 10 S, as this will be a great advantage for the company over the popularity of Google's Chromebooks.

HP looks to be giving up on Windows 10 Mobile, too: sales of Elite X3 reportedly to end in November