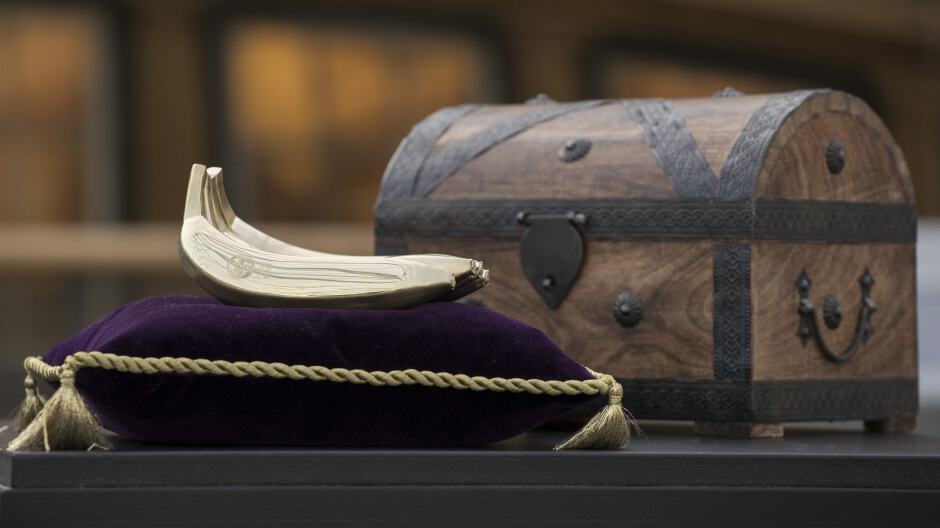 Sea of Thieves players, you can now stop looking for those golden bananas. Earlier today, the Xbox team announced that French team “Herr Crew” successfully solved “15 fiendishly difficult pirate riddles,” leading the team to a special character that rewarded them with a wonderful treasure.

“Since we launched The Quest for the Golden Bananas on March 19, more than 10,000 players signed up from around the world, trying their luck to solve our global, digital treasure hunt and win a bunch of 18-carat golden bananas,” the blog post reads. “‘Herr Crew’ will receive a truly unique prize – four 18-carat gold bananas, crafted by London’s famous Smith & Harris Goldsmiths to resemble the health source in Sea of Thieves, valued at £80,000. Each team member of ‘Herr Crew’ will also receive a one-off in-game outfit for use with their pirate character in Sea of Thieves,” the Xbox Team explained.

Overall, this Quest for the Golden Bananas was a pretty clever marketing stunt for the first big release from Microsoft Studios this year. Sea of Thieves received mixed reviews so far, but that didn't prevent the game from crossing 1 million players last week. And even though the game is free to play with Xbox Games Pass, Microsoft also highlighted strong digital and retail sales today.

Pretty impressive to see @SeaOfThieves hit #1 best selling game at retail, in addition to being #1 in our digital store. Big congrats to the team @RareLtd and thanks to record # of players who helped make this possible! https://t.co/v4RN9ADzne

It's always difficult to launch new IPs, and it seems that Microsoft and Rare's big marketing push paid off. Now, we can't wait to see if upcoming Microsoft Studios games will perform as good as Sea of Thieves. The next in line is the survival game State of Decay 2, which will launch on May 22 on Xbox and Windows 10.