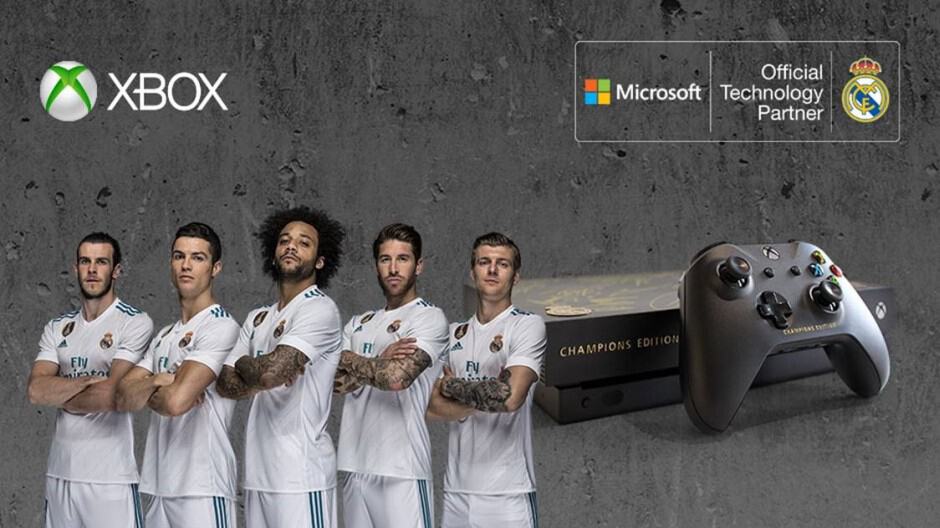 Microsoft announced today they have created a unique custom console as part of their partnership with 12-time UEFA Champions League winners, Real Madrid. You can enter now to win the one of a kind console for yourself, and complete the ultimate football collection.

To enter to win this console, all you need to do is follow Xbox on Twitter, and Retweet a special promotional tweet anytime between April 27 to May 4th. The custom Xbox One X features the Real Madrid logo, and it also signed by each player on the famed soccer team It is also similar the consoles which each player on the team received, which features their jersey number and initials.

Microsoft has given away custom Xbox consoles in the past, including a custom Xbox One S for the Chainsmokers, and two special consoles for Vin Diesel, and The Rock. Do you think you have what it takes to win? Try your luck and let us know your thoughts in the comments below.