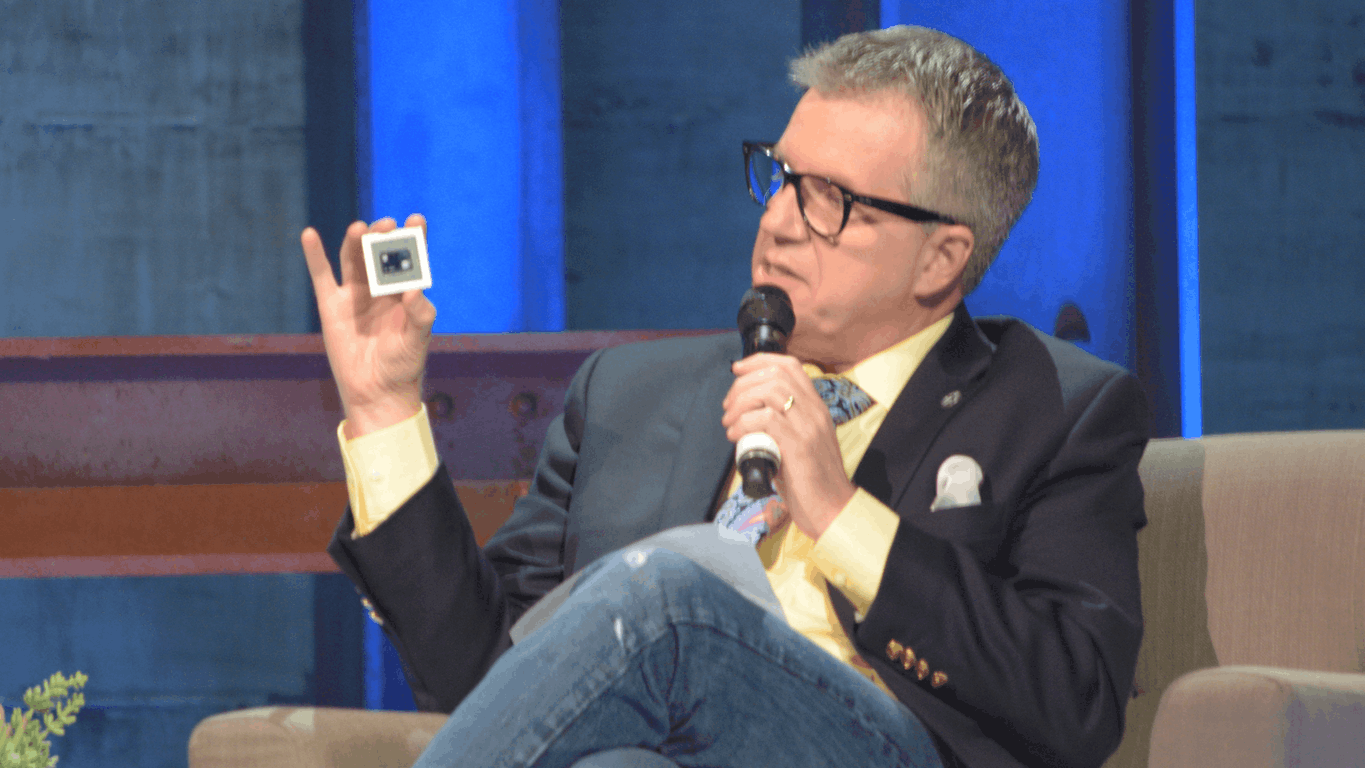 Last year at E3 2016, Microsoft introduced the world to "Project Scorpio." As part of the media event, the company showed a video including a number of the people working on the new console extolling the project. One of these was Chris Tector, a software architect at Turn 10, Microsoft's studio for Forza, who almost immediately gained a bit of notoriety for a comment included in the video.

In the original video, Tector says in part "these are the highest quality pixels that anybody has ever seen." Yeah, so that didn't go over well. Users on Reddit quickly lambasted the claim, as pixels are just pixels after all. One enterprising and incredulous fan even created a YouTube video lambasting the claim:

The "offending" remarks were removed from the video, but damage, at a time when Microsoft wanted only to create good positive buzz for its new baby, was done.

Fast forward a year to last night at the new this year E3 Coliseum, featuring discussions with gaming insiders held on stage at the Novo Theater in downtown LA. In a session, Major Nelson interviewed a number of folks associated with Project Scorpio, now Xbox One X. Included in the discussion were the two people directly involved in the unfortunate incident, Sr. Director Albert Panello, and Tector.

Like all videos, this one was culled out of a much larger discussion, and edited down to sound bites. In that larger discussion, the principals explained, Tector was saying that most 4K video, either broadcast or in theaters, runs compressed at 24fps. The Xbox One X, however, runs 4K at a full 60 frames per second, without any compression. In that context, they said, the "highest quality pixels" remark made sense, or at least more sense, as game play running at full 4K at 60fps, uncompressed, does look better than that same "4K" compressed at a lower frame rate.

Without the context, Tector's remarks came across as naive and, well, wrong. Panello took full blame for the gaffe, but Microsoft was forced to suffer the consequences at a time when all eyes were on Project Scorpio.