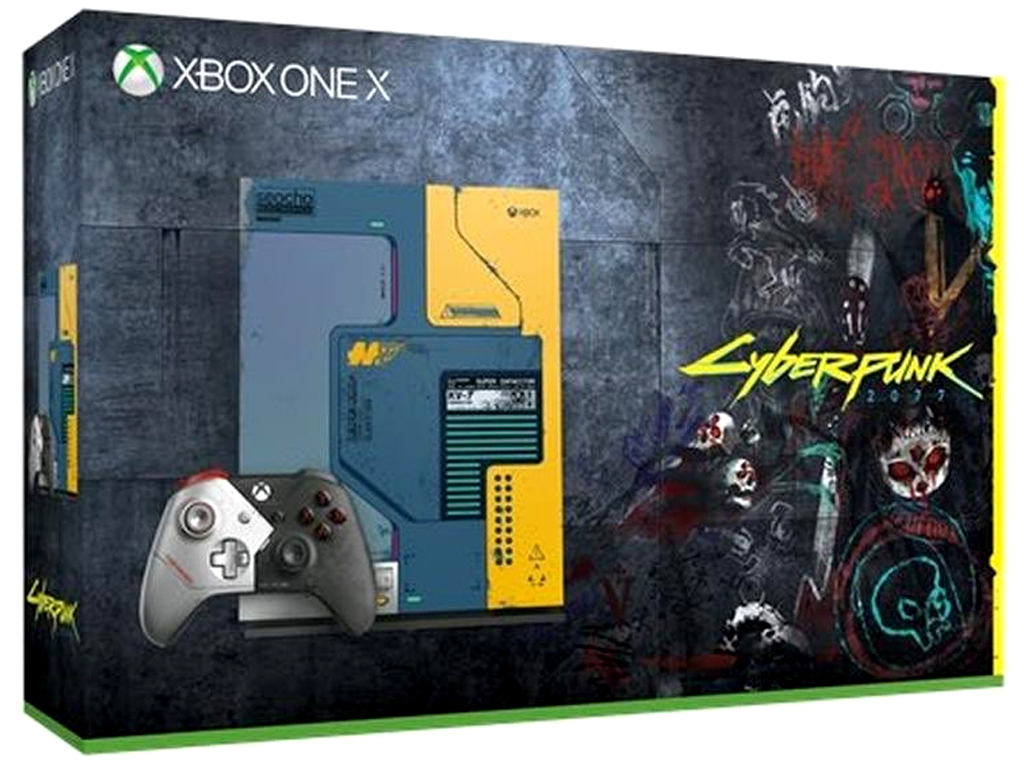 This week, an official Xbox controller and an Xbox One X bundle both inspired by the upcoming Cyberpunk 2077 video game have been leaked (see above image).

The Xbox controller was spotted via early listings on the Xbox and Amazon websites while an image of a possible bundle was leaked by a Twitter user which you can see in the tweet below.

While it’s possible that the bundle could be photoshopped, it does look rather convincing. Plus, the official Xbox website currently has a countdown to some announcement happening four days from now that looks undeniably Cyberpunk 2077-related and a new console would fit that bill.

The again, the Xbox Series X is looking to be more of a supped-up Xbox One console which will play most Xbox One games and any current gen controller will work with it.

The Cyberpunk 2077 game, meanwhile, is set to launch on Xbox One on September 17th and hype is certainly beginning to build with a variety of products based on it coming out from an artbook to Cyberpunk 2077 Funko Pop models.

After more Cyberpunk 2077 content? Check out our interview with CD Projekt Red’s John Mamais which delves into the game’s development, VR experiments, and a potential Nintendo Switch release.