After a rather significant delay in its development, Crackdown 3 has finally launched on Xbox One consoles and Windows 10 devices.

Crackdown 3 is an open-world action title with a campaign (that can be played solo or with another player) and an online multiplayer Wrecking Zone mode which supports matches with up to 10 players.

Time to step up your boom and stop crime as a super-powered Agent in Crackdown 3's open-world sandbox of mayhem and destruction. Explore the heights of New Providence, tear up the streets in iconic vehicles, and use your powerful abilities to stop a ruthless criminal empire. Play the campaign solo or with a friend in co-op mode or compete in the all-new “Wrecking Zone,” a multiplayer mode where destruction is your ultimate weapon. Online multiplayer requires Xbox Live Gold subscription (sold separately).

Crackdown 3 is an Xbox Play Anywhere title which means that buying it on Xbox One will unlock it on Windows 10 and vice versa. Crossplay is also supported so PC and console gamers will be able to face off against each other in multiplayer.

In addition to being available to buy outright, Crackdown 3 is also available to play for all Xbox Game Pass members. Those who are on the fence about whether to buy it or not after reading the mostly-negative reviews may want to give this Microsoft subscription service a try to have a look at the complete game before paying the full price for it.

Our Laurent Giret reviewed Crackdown 3 and found it to be a fairly average title with a repetitive campaign and a rather lacklustre multiplayer component. You can read his full deep dive into the title here. 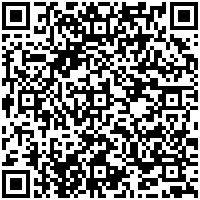 Microsoft's OneDrive app updates on iOS with some iMessage changes