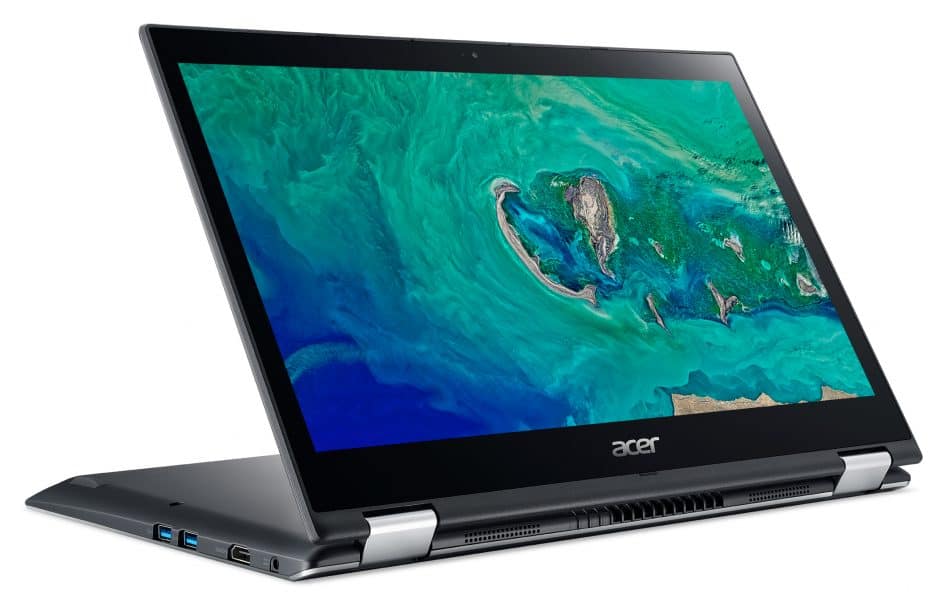 The 2018 Consumer Electronics Show is now well underway, and announcements from Microsoft's major OEMs at the annual show continue to roll in. Yesterday, Acer revealed the ultra slim Swift 7, the Spin 3 convertible laptop, and a new Nitro 5 gaming laptop. The devices are pretty impressive, so here's what you need to know.

The Acer Swift 7 is being called the world's thinnest laptop, coming in at just 8.98 mm thin. The device boasts an all-aluminum chassis and is an always-connected PC running Windows 10. It is powered by the powerful Intel Core i7 processor and 8 GB of LPDDR3. See other notable features on this unit below.

The Spin 3 joins the Spin lineup as a refreshed device. It features a durable 360° dual-torque hinge, the powerful 8th Gen Intel Core processor and impressive storage options. Other features of this unit are listed below.

Acer's Nitro 5 Gaming laptop is designed for casual gamers seeking great performance in an attractive laser-textured design. It has a 15-inch Full HD IPS display and is powered by the latest-generation AMD Radeon RX560 graphics for faster rendering, improved lighting and texture details. The device chassis also features a top cover with elegant laser texturing and a matte, crimson red hinge. See other features and specs below.