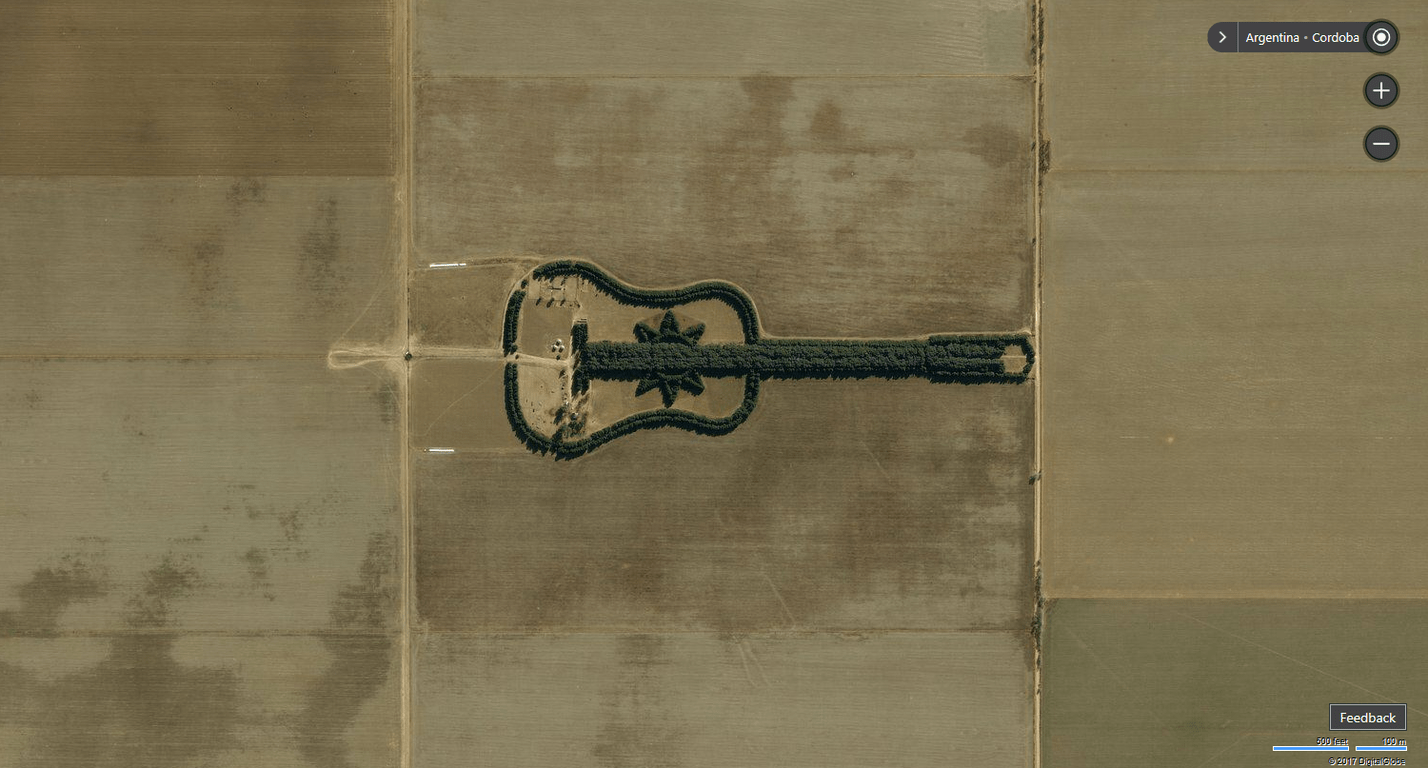 The Bing team today announced that they have released new imagery for Turkey, Greece, and Argentina in partnership with Digital Globe. The new imagery covers a total of 3.67 million square kilometers and comes after new imagery was recently released for Spain, Italy, Switzerland, and Western Canada.

Examples of areas covered in the new imagery include Antalya, Turkey, which is a tourist destination that attracts million of tourists each year. Also included is Samos, Greece, an Island which is known as the birthplace of several Greek philosophers, including Pythagoras of the Pythagorean Theorem. A final example is Cordoba, Argentina, the second largest Argentinean city, and home to a forest which is in the shape of a Guitar (seen above).

What are your favorite Bing maps locations? Let us know in the comments!