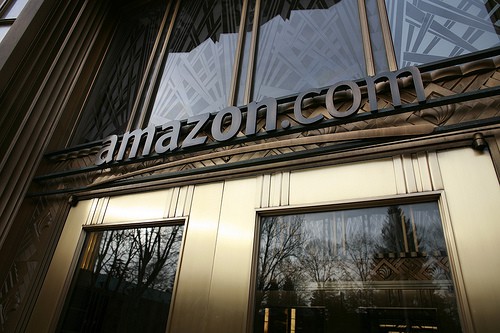 For the past four years straight, Bill Gates has had the ultimate privilege of being called the richest man in the world. And, according to Forbes, the Microsoft founder has also been the richest person in the world for 18 of the past 23 years, most recently being valued $89 billion. Well, it turns out that Bill Gates' spot atop the wealth ladder may soon be surpassed by Amazon CEO Jeff Bezos, who is closing on a total worth of $90 billion.

Jeff Bezos will become the richest man in the world today if $AMZN and $MSFT hold. Bezos net worth now $90 BILLION. pic.twitter.com/UVjgtYqdQY

Fueling many reports is Amazon's shares climbing 1.3% in the markets yesterday, and Microsoft's shares trending slightly down, ultimately adding more to the value of Jeff Bezos's net worth. If all holds with Microsoft, Bezo's total value can also possibly climb even higher if investors have the right reaction to Amazon's earnings reports which are due out later today.

Of course, things can change if the markets turn the opposite way for either Microsoft and Amazon, but it is more likely that Bezos will surpass Gates as early as the close of business today. The Amazon CEO has climbed through the ranks steadily the past few months, as back in March Forbes listed Bezos in third place with a value of 72.8 billion, behind Warren Buffet's value of $75.6 billion and Bill Gates value of $86 billion.