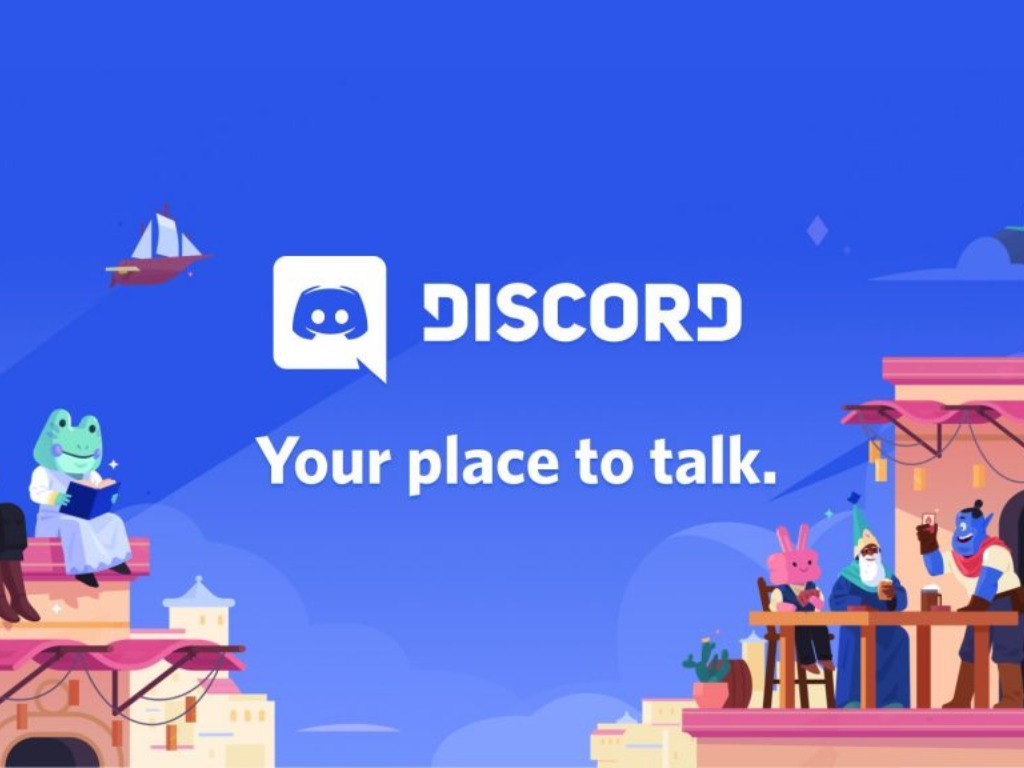 Microsoft may have just concluded its $7.5 billion acquisition of ZeniMax Media, it seems that the Redmond giant could already follow up with another big purchase. Discord, an increasingly popular communications platform has been in discussions with potential buyers in recent months according to VentureBeat, and a separate report from Bloomberg revealed that Microsoft has been in talks with Discord to purchase the company for more than $10 billion.

According to Bloomberg, Discord has also been discussing with Epic Games and Amazon in the past, but Microsoft is currently one of the potential buyers even though Discord may eventually opt to go public to raise money. "Discord reached out to Microsoft to gauge interest, and Xbox chief Phil Spencer has been talking to the company, according to one person,” Bloomberg wrote.

In recent years, Microsoft tried but failed to innovate in the social space. You may have forgotten about Skype Highlights, a brief and clumsy attempt to copy Snapchat’s popular Stories format. Microsoft also attempted to build a Twitch competitor with Mixer after acquiring Beam and rebranding it, a service that did have its merits but was shut down last year after failing to gain any real traction.

Discord has been enjoying some real momentum since the beginning of the COVID-19 pandemic, even though with just 100 million monthly active users, it's not as big as TikTok (689 MAU) or Pinterest (442 MAU), two companies Microsoft tried to acquire in recent months. Still, Discord probably has a lot more to offer to Microsoft than these two companies, and the Redmond giant has actually been investing in Discord for quite some time.

Microsoft is already all over Discord

Xbox Live, which is about to become the "Xbox network," is probably one of Microsoft’s most successful attempts at building a social platform, even though the excessive Xbox focus and lack of innovation are probably holding it back. Features like Xbox Live Clubs are still clunky to use and never really took off, and they're still not available in the Xbox app for Windows 10 or the new Xbox apps for iOS and Android.

The official Microsoft Community Server on Discord, which has 45K members as of this writing is a great place to chat about Windows, Office, developer stuff, and more. There are also official Discord servers for Xbox (60K members), the Xbox Ambassador program (27K members), as well as over 20 dedicated servers for Xbox studios and games such as Minecraft (700K members), Sea of Thieves (225K users), or Halo (96K users). Obviously, Microsoft is already very active on Discord in a way other big tech companies aren’t right now. 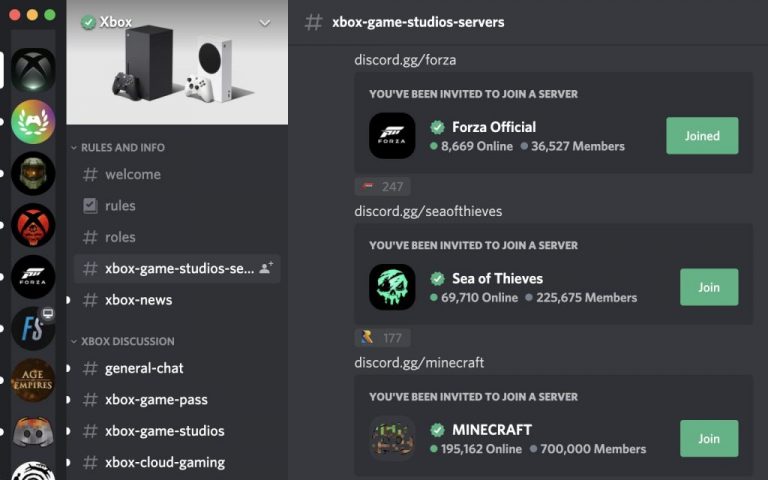 Discord has been pivoting away from gaming

Discord was born as a gaming-focused platform that used to have a “It’s time to ditch Skype and Teamspeak” message front and center on its website. It certainly succeeded at attracting gamers and streamers in recent years, and the biggest games like Fortnite, Apex Legends, Rainbow 6, Rocket League, or Roblox also all have very active official Discord servers. However, you can now find Education, Music, Science, and Entertainment communities on Discord, and the platform officially pivoted last year to become “your place to talk."

Slowly but surely, Discord has become a great community-building tool for brands and public personalities. When creating your Discord server, the platform now offers various templates for Artists & Creators, as well as local communities, Study groups, and school clubs. Discord servers are pretty easy to set up, and they can be customized with bots, roles, personalized emojis, and more. 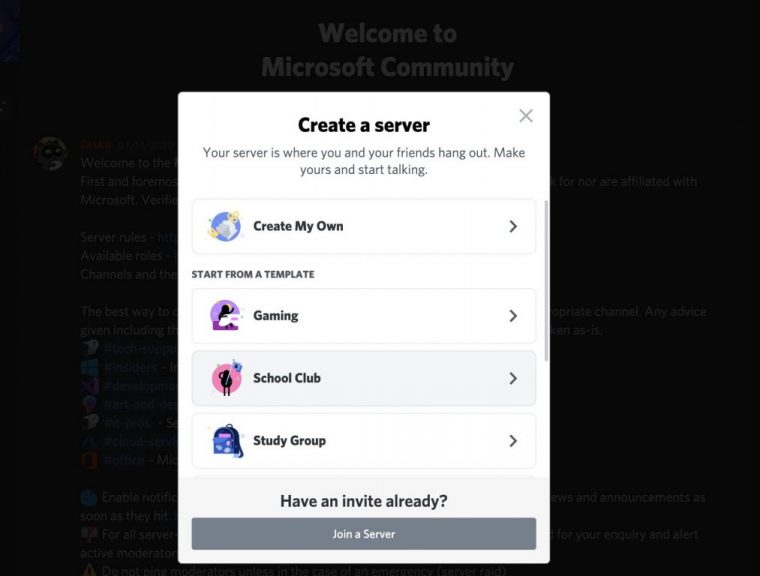 Overall, Discord looks like a consumer-friendly version of Slack or Microsoft Teams, with different channels that can be organized into categories. It’s possible to restrict some channels to specific roles so that only approved members of a Discord Server will be able to see and participate in the discussions.

For streamers, Twitch and YouTube integrations also make it easy to create dedicated Discord servers for the subscribers of your channel. Discord also offers various integrations with popular third-party services, allowing users to display on their Discord status the songs they’re listening to on Spotify, the Xbox games they’re currently playing, or the game they’re currently streaming on Twitch.

Discord initially boasted about being better than Skype and TeamSpeak, and the app still offers great sound quality for voice calls with support for echo cancellation and noise reduction. One of Discord’s killer features is voice channels, which you can join to chat with others over voice and video with a single click. 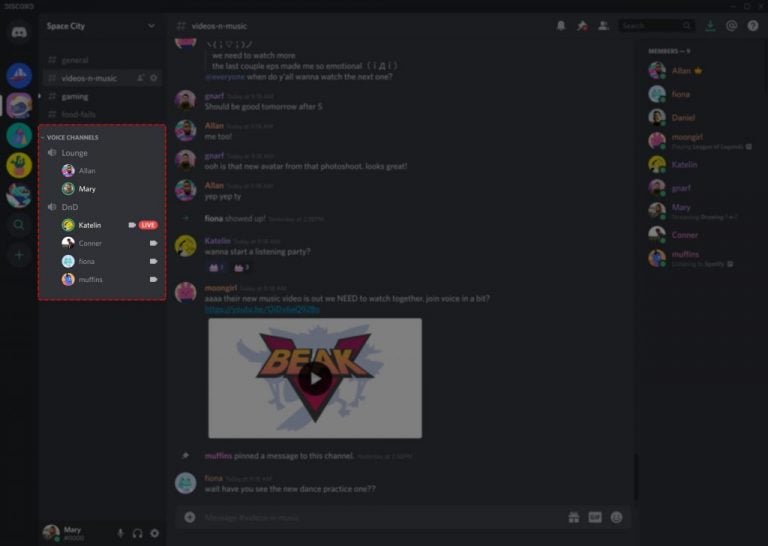 Discord also supports screen sharing as well as game streaming on Windows, though “Go Live” streams currently have several limitations. Only a maximum of 50 concurrent viewers are supported, and you’ll need a Discord Nitro subscription to enable a better stream quality than the default 720p/30FPS. Discord is definitely not a Twitch competitor right now, but that may well change in the future as a lot of streamers already use Discord to interact with their communities.

Why Discord would be a great acquisition for Microsoft

Just like Apple and Google, Microsoft is often perceived as a company that doesn’t really “get” social. The software giant scrapped its popular MSN Messenger app in favor of Skype, but the latter failed to catch up to more innovative competitors like WhatsApp or Facebook Messenger. With Mixer, the company bet that a superior streaming technology could make a difference, but Twitch was already miles ahead in terms of scale and monetization opportunities for streamers.

Since the publication of the reports from VentureBeat and Bloomberg, the official Discord subreddit has been filled with messages from anxious users fearing that Microsoft would ruin their favorite app. This clearly didn’t happen for LinkedIn, the professional social network that has continued to operate independently since Microsoft purchased it back in 2016. The same can also be said for Minecraft developer Mojang, which has been thriving since Microsoft acquired it back in 2014.

By purchasing Discord, Microsoft could finally own a popular platform that appeals to consumers, gamers, content creators, brands, and more. Discord has the cool factor that Skype lost ages ago, and it’s also a much better app than the consumer version of Microsoft Teams, a service that’s probably way too bloated and work-centric for the average Joe. 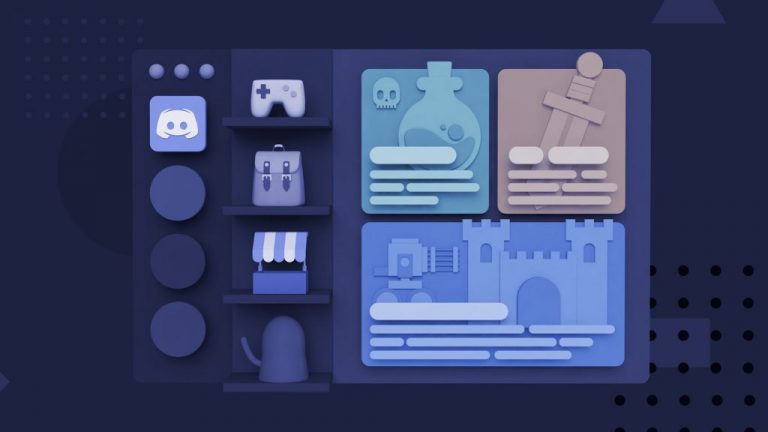 If the acquisition does happen, it would probably be best for Microsoft to opt for a hands-off approach. Discord’s current business model is entirely based on optional premium subscriptions, and the complete absence of ads is definitely something users wouldn’t like to change. The premium Nitro subscriptions could stay, but Microsoft could add them as a free Xbox Game Pass perk to make its game subscription service even more appealing.

In the long run, Discord could become a core brick in Microsoft's "Xbox Network," replacing the existing Xbox Live Chats and Clubs on Xbox consoles. The app could also integrate with the Xbox Game Bar overlay on Windows 10, and leverage Mixer's Faster than Light protocol to improve game streaming and screen sharing features.

Microsoft may also really want to purchase Discord to prevent Facebook, Amazon, or other competitors to get their hands on it. Discord may well end up deciding against a sale, though the company may struggle to finally start making money by sticking with its current business model, which is entirely based on subscriptions. If Microsoft has enough resources to allow Discord to continue to grow without worrying about revenue, a Facebook or Amazon-owned Discord has more chances to end up ruined with ads.

You can now turn Microsoft Word documents into PowerPoint presentations