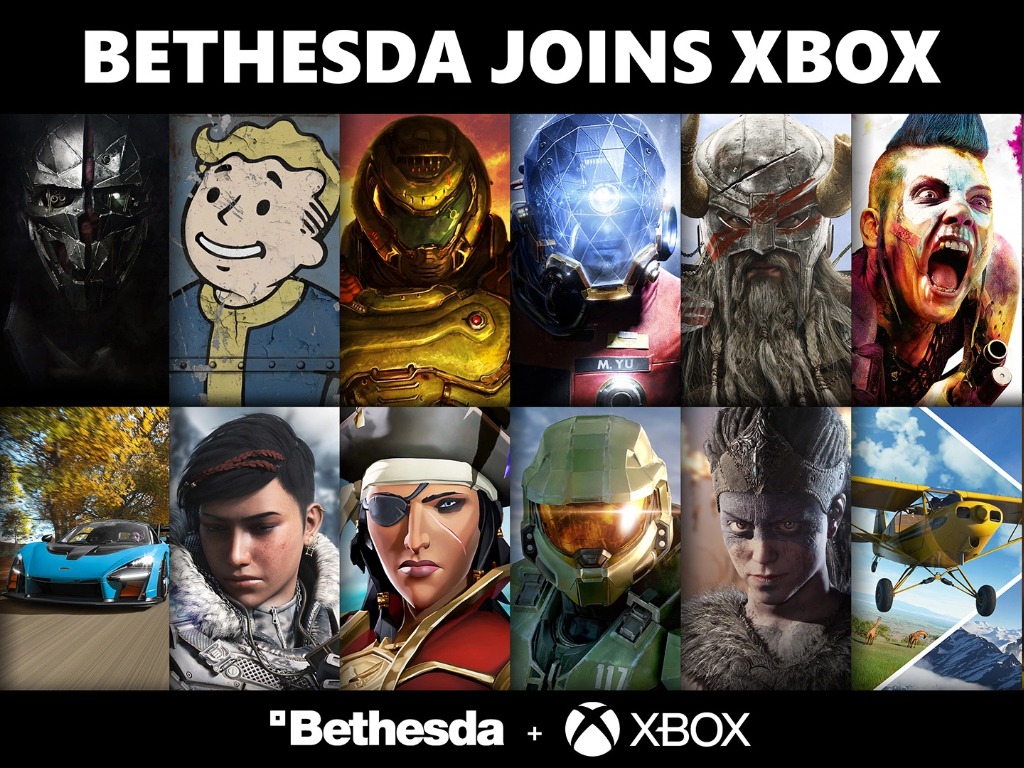 It's official, Microsoft has finally completed its acquisition of ZeniMax Media, the parent company of Bethesda Softworks. The Redmond giant now owns 8 more talented video games studios including Bethesda Game Studios (Fallout 4), id Software (Doom), MachineGames (Wolfenstein), Arkane Studios (Dishonored), and all of their future games will be available on day one on Xbox Game Pass.

"With the addition of the Bethesda creative teams, gamers should know that Xbox consoles, PC, and Game Pass will be the best place to experience new Bethesda games, including some new titles in the future that will be exclusive to Xbox and PC players," Xbox head Phil Spencer said today. If Microsoft will respect the timed-exclusivity deals for Deathloop and Ghostwire Tokyo that will ship first on PlayStation consoles, Spencer made it clear today that some future Bethesda games will be exclusive to Xbox consoles and Windows.

The head of Xbox also reiterated today that Bethesda will continue to operate independently while benefiting from Microsoft's vast resources. "We look forward to empowering Bethesda’s creative teams to reach even more players around the world, helping make future Bethesda titles the biggest and most popular games in their history," the exec said, adding that Xbox and Bethesda will have more to share about what’s next later this year.

In a new report from VentureBeat, video games journalist Jeff Grubb explained that Bethesda’s usual summer game conference should still happen this year, independently from Microsoft’s big Xbox conference. However, the Redmond giant may want to hold the two events back-to-back for maximum exposure. We'll see what happens, but in the meantime, additional Bethesda games will be coming to Xbox Game Pass later this week. There are no more details yet, though it wouldn't be surprising to see classic games like Fallout 3 and 4 come back to the game subscription service.