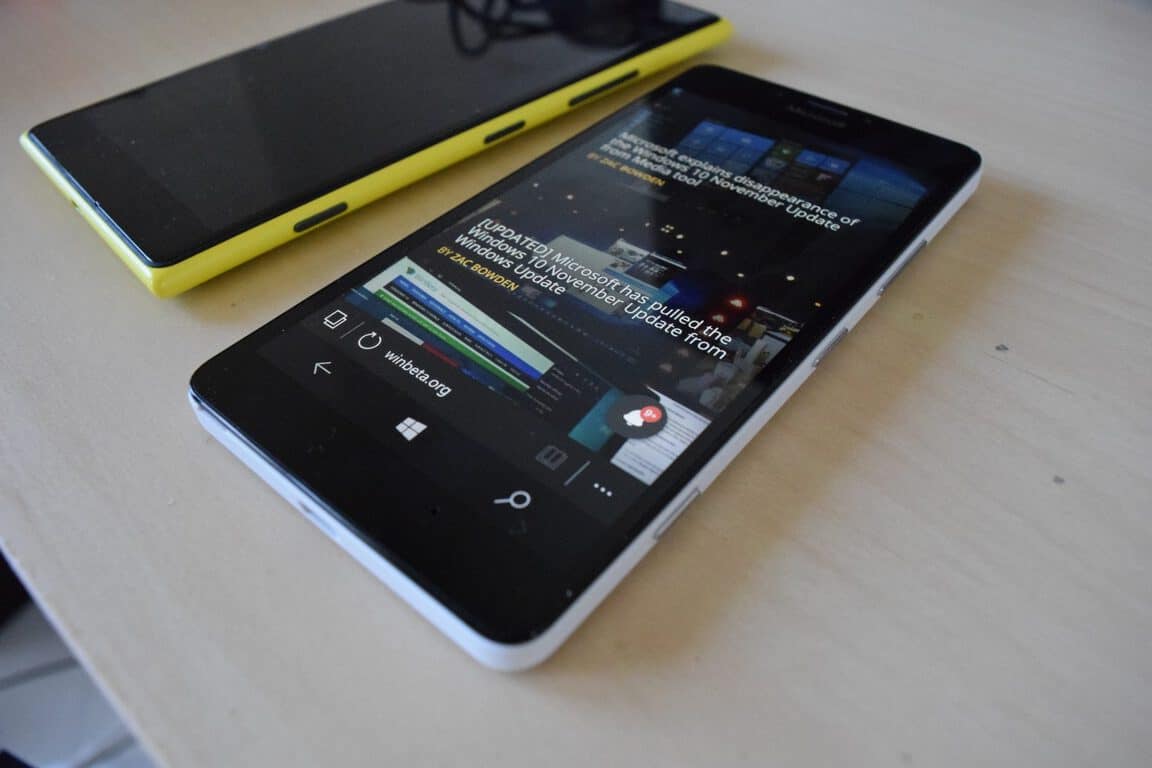 Among Windows Phone and Lumia fans, the Nokia Lumia 920 was beast of a phone that represented everything to be proud of with Nokia's engineering prowess in the Windows Phone arena: a cutting edge camera, immaculate build quality, superb display, and many others. In contrast, its successor, the Lumia 930 (or Lumia Icon in the US), was met with rather lukewarm reception, failing to make the leap necessary to be a worthwhile successor and even regressing in certain areas, such as the lack of Glance. After years of waiting, we now finally have the latest flagship offering, the Lumia 950.

Among it's many desirable features include a much thinner and lighter chassis, high-end hexacore Snapdragon 808 processor, 3GB of RAM, a top of the line 20 megapixel camera with triple-LED natural flash, and Windows Hello iris recognition.

Noticeably absent from the Lumia 950 over previous flagships are physical Start, Back, and Search keys on the front face, which may annoy some (including myself). Also absent unlike previous generations are the vibrant, lush color choices that characterized the Lumia lineup since its inception nearly half a decade ago. The Lumia 950 can be had with white or black. While many might lament the omission of a larger color palette, this actually makes perfect sense from a logistical standpoint, as case makers like Mozo have partnered up with Microsoft to produce a variety of custom back plates that will give the Lumia 950 all the vibrant colors and textures users desire.

Build quality is typical Lumia: exceptionally solid and tight, and feels like it doesn't need a case to survive the harsh wilderness that is the real world. What isn't so tight is the software. While Windows 10 Mobile build 10586 runs much better than insider previous insider builds, I still encountered a few weird bugs and unrefined behaviors just within the first 30 minutes of using the device.

Time will tell how well the new mobile OS acclimates to the new flagship. Look forward to future reviews.

Universal Windows Apps are not universal enough for Slack