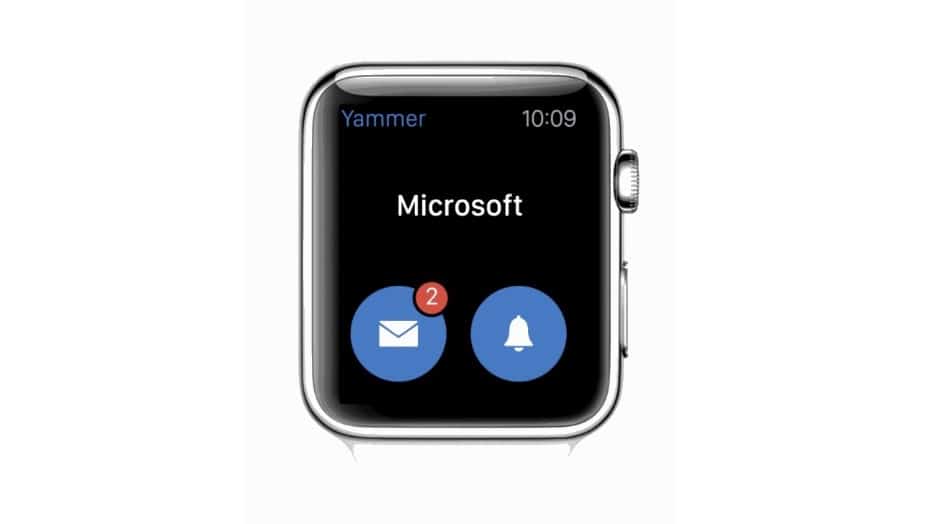 Earlier this month, the Microsoft Office team released a number of Apple Watch and Android Wear apps with one announced as still on the way. Now it looks like after a lot of bug squashing, Yammer for Apple Watch is ready for release.
Yammer’s iOS app was updated yesterday to version 6.5.0, via (Microsoft News) which brings with it support for the Apple Watch. The new Apple Watch app lets you view your notifications and perform a few quick actions from your wrist such as the ability to like a post or mark a message as unread. It will also come with support for Glances, allowing you to view the count of new Yammer messages and notifications. Below is the full changelog posted in the iTunes store:

“With this release, we're granting you the power to use Yammer when neither your computer nor your phone are immediately at hand. No, not Yammer for Hololens… yet.
Yammer for Apple Watch! Now you can stay on top of your most important conversations and activities at a glance, and take quick action so you have fewer to-dos at the end of the day. Be notified instantly of Yammer announcements or updates to relevant conversations. Tap your Apple Watch to Like, Mark as Unread, or View on Phone to continue working on your iPhone. And with Glances, you get a quick view of the number of unread messages and notifications.
As always, many bugs were crushed during the making of this release, including a particularly nasty one that was crashing the app on startup. Thanks for letting us know when things go wrong! Keep up the good work. We know we will.”