Yakuza Kiwami, a modern remake of the original Yakuza video game, launched on Microsoft’s family of Xbox One consoles today.

The game is features a variety of visual and gameplay improvements over the 2005 original in addition to some new story elements and an evolved combat system.

To save his best friend, Kazuma Kiryu takes the fall for a crime he didn’t commit, and ends up with a 10-year prison sentence. After being released, Kiryu finds himself expelled from his yakuza family, and alone in a world he no longer recognizes.

Events take a turn for the worse when 10 billion yen vanishes from the vault of the Tojo Clan, Kiryu's former yakuza family, igniting a war in the red-light district of Kamurocho. Together with a mysterious girl named Haruka, Kiryu must fight to survive and uncover the truth hidden amidst the chaos surrounding them.

In addition to being for sale on Xbox One, Yakuza Kiwami is also available to play via the Xbox Game Pass subscription service from today. After more Yakuza gaming on Xbox One? Yakuza 0 also recently launched on the console.

Are you a fan of the Yakuza video game franchise? Let us know what your favorite game is in the comments below and then follow us on Pinterest and Facebook for more Xbox gaming news. 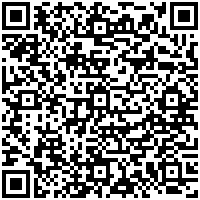 Microsoft Whiteboard app updates on iOS with support for hyperlinks