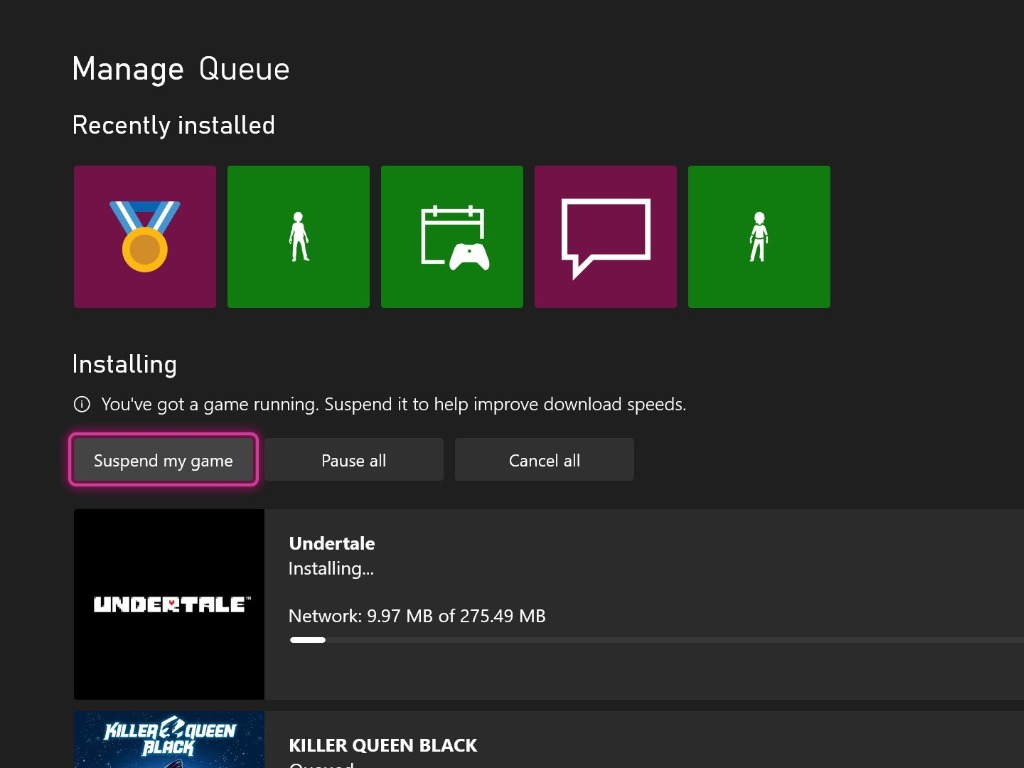 Microsoft has started testing a new feature that will allow gamers to suspend an Xbox game that’s currently running so that games downloading in the background will do so at full speed. This should be a good alternative to closing any running games to increase download speeds, as suspended games will remain resumable on Xbox One or Xbox Series X|S consoles.

Hey Xbox Insiders! Did you notice these changes rolling out now? Suspend in the queue will let you download at full speed while making sure your game remains resumable (or quick resume-able on Series X|S). New banners in the Full Library will take you to more useful categories! pic.twitter.com/L49winRpM0

As of today, the Xbox OS automatically throttles background download when a game is running to provide the best gaming experience. To remove download constraints, gamers need to either wait for the console to suspend running games, or to close games manually by pressing the Menu button and selecting Quit. Again, you don’t really want to do that if you want your game to be resumable, especially if you have an Xbox Series X|S console that can suspend several games in a “Quick Resume” State.

This new “Suspend My Game” feature is currently being tested with Xbox Insiders, and it’s accessible in My & Games and apps with a new button above the download queue. We don’t know yet when the feature will roll out to the public, but it should be another nice quality of life improvement following the recent addition of Auto HDR and FPS Boost toggles for back compat games in the Xbox March 2021 Update.

Suspending games in the queue isn't the only new feature currently being tested with Xbox Insiders, as Microsoft also introduced a new game recommendation feature for Xbox Game Pass subscribers. If you’re an Xbox Insider, you should now see a new “Because you played” category in the Xbox Game Pass app alongside other categories highlighting new games to discover in the ever-growing catalog.