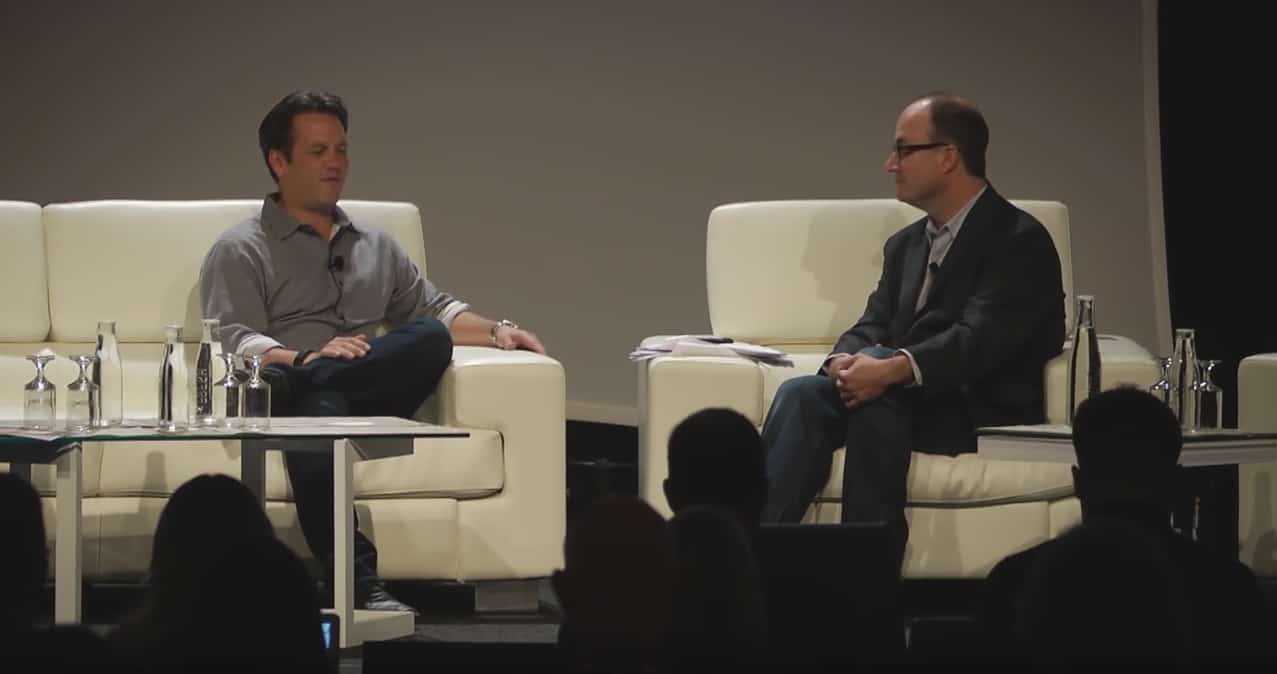 The how’s and why’s of PlayStations 4 uncanny ascension this console generation are wide and varied. Gamers and pundits point to everything from hardware prowess to game lineups for PlayStations 4’s number one spot, and in most cases the arguments are sound. As the arguments and sales numbers mount, Sony’s dominance in console gaming this generation is taking its toll on the competition and forcing many to redirect their efforts.
During an interview on a panel at the 2015 GeekWire Summit, Xbox chief Phil Spencer humbly admitted that not only does the PlayStation 4 have a huge lead over the Xbox One, but he’s not sure when the Xbox One can overcome it. To put some context to his assessment as well as adding a bit of clarity, Spencer sums up the deficit to the loss of trust from the Xbox’s teams most loyal customers.

"You can go into some of the specific features, for me, what we fundamentally lost was the trust of our most loyal customers. Whether it's always on, used games, whatever the feature was, we lost the trust in them that they were at the center of our decision-making process."

Spencer continues to muse about how the broken chain of trust continues to plague the Xbox One. When fans began to lose trust in the direction of the Xbox One, questions started to arise, and no matter what the issue or concerns were, the Xbox team lost the benefit of the doubt. Perhaps it’s no more evident than in Spencer’s response to being asked if the Xbox One has overcome the early onset of communication complications with fans.

"Have we recovered? I feel really good about the position of the product and the brand right now. But I was at the Gamestop managers meeting about three weeks ago. I’m sitting with five thousand Gamestop managers in Las Vegas, and they come up and still have customers walk in the store who think that the Xbox One won’t let you play used games. That perception, I think gets set early on because customers, consumers have five seconds to internalize your brand and your message, and they move on."

[pullquote align="right" cite="" link="" color="" class="" size=""]"customers walk in store thinking the Xbox One won’t let you play used games"[/pullquote]
Arguably, in the moment of lost trust was where Sony’s PlayStation 4 was able to capitalize. Sony only had to present itself opposite of the Xbox One to lure heart broken Xbox customers over to its console. Evident by the year over year mounting sales gap between the PlayStation over the Xbox One, the Xbox team may no longer be concerned with ‘winning’, but gaining the trust back from gamers in general.

More than the actual feature of backward compatibility, which I do think is important, was the sentiment that we were spending the time to recognize the value and the  investment a customer had made in our product the previous generation and bringing that forward. Maybe what could be perceived as no real obvious benefit to us, I don’t think we’re going to go sell a ton of new 360 content through doing this. I wanted to show that as a team we did want to respect the investment our customers made in our products and our games.”

When asked about how much Spencer concerns himself with market share and console sales, he reiterates that he’s less concerned about those metrics as he is with making a better product. Spencer’s admits early on, his background in game studios fueled his competitive spirit leading him to use terminology like winning or competing during interviews. In eighteen and a half months as the head of Xbox, his views have changed. While running a business is important and the accountants within Microsoft will keep reminding him, Spencer and the team are more focused on making the best product and services it can for its customers.

Another viewpoint Spencer explains is that Sony’s PlayStation 4’s and Nintendo’s success doesn’t come at the expense of the totality of Microsoft. Microsoft’s 'One Windows' mantra seems to ring true for the Xbox team as well. It is no longer about competing console for console, but rather experience for experience and in doing so, Microsoft can offer gaming on a tablet, phone, console, PC, etc. For Spencer, Sony isn’t his biggest competitor, but rather ‘apathy’.

My biggest competitor, I’ve said it before, is apathy. I have to earn every customer… When we ship Halo 5 later this month, we’re going to earn every one of those customers based on the quality of the product we put on the screen. Minecraft is the same way. If we don’t have one percent focus on that, then we’re focusing on the wrong thing.”

Spencer also brings his team to the forefront of the interview as he explains that the Xbox team was hurt by the blowback from the early console backlash. After hours, days, nights, weeks, months and years of work to only be ridiculed by fans and bloggers did a number on the team for a while. Since then, the team has picked itself up and is impressing Spencer every day.
The interview continues to discuss the learning the Xbox team is doing as it navigates the Minecraft merger as well as the potential of eSports and when the next tech bubble will burst.


As the PlayStation continues to dominate console sales, it’s arguably a tough pill to swallow for competitive brand loyalist who sided with the Xbox One. While the Xbox One team has been humbled by the sales experience of the console thus far, it should also be noted both the PlayStation 4 and the Xbox One are garnering better year over year sales than previous generations.
Without a doubt, the Xbox One has a long road ahead of itself. Fortunately, for customers, the Xbox team's outlook has shifted from ‘winning’ to ‘pleasing’.