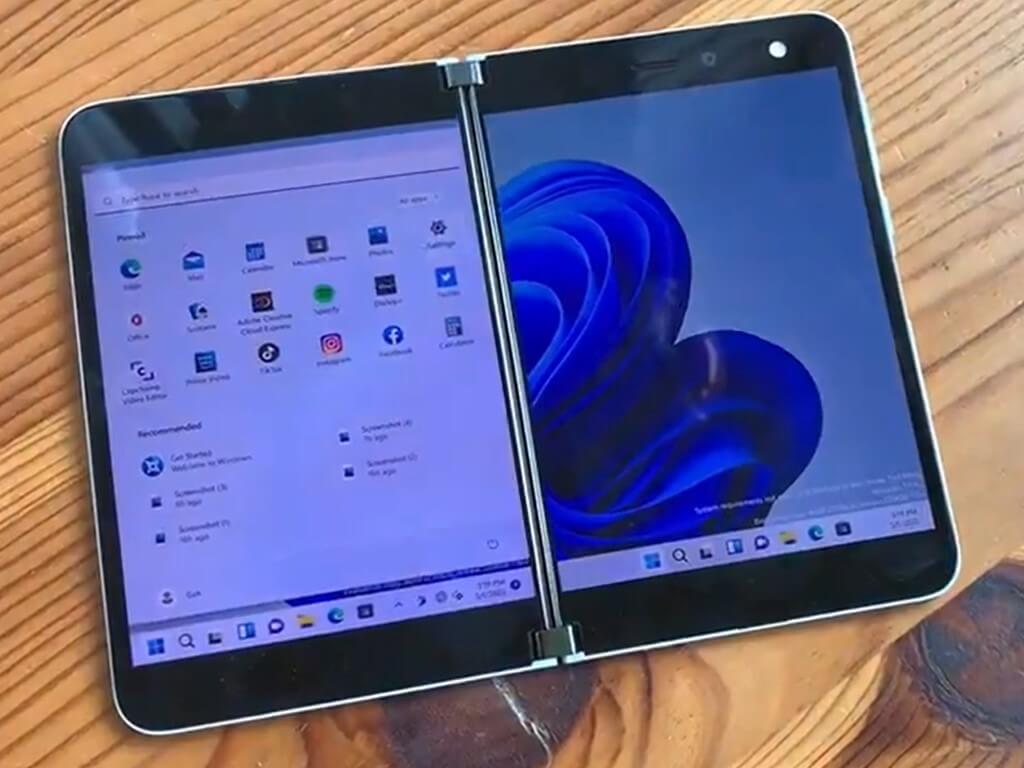 Developer Gustave Monce has hit a new moment in the quest to get Windows 11 running on the original Surface Duo. Recently shared on Twitter, Monce showcased the new Microsoft operating system running across both displays at the same time on the dual-screen device (via Windows Central.)

A bit glitchy, but here we go pic.twitter.com/gyiZsSdzeD

While this looks pretty cool, and almost exactly like what you might get when running Windows 11 on two monitors set up side by side, there are some caveats. Per Monce's Twitter thread, touch doesn't yet work, and the entire setup is being controlled by a Bluetooth mouse. The performance also seems to be pretty good, better than running Windows 11 on the Lumia 950 XL.

"Crazy what 4 years did in terms of SoC performance. Oh and thermals are very good," said Monce in a follow-up tweet. Monce also showed the CompteSharp app running on the device, saying that the shaders are okay.

This is an interesting side project by Monce, originally started back in February and it's just the latest step in the journey of running Windows on the dual-screen Android device. You can check out the guide on GitHub if you're brave enough, but be warned that this is super technical, and not for those who aren't afraid of bricking the device. It also won't work on the Surface Duo 2, either.

Heading into the future, Monce seems to be teasing another project. The developer appeared to have teased running the long-canceled Andromeda OS on the Duo, but we'll just have to see what he ends up doing.

Could this Apple patent suggest a future iPad going the way of the Microsoft Surface Book?