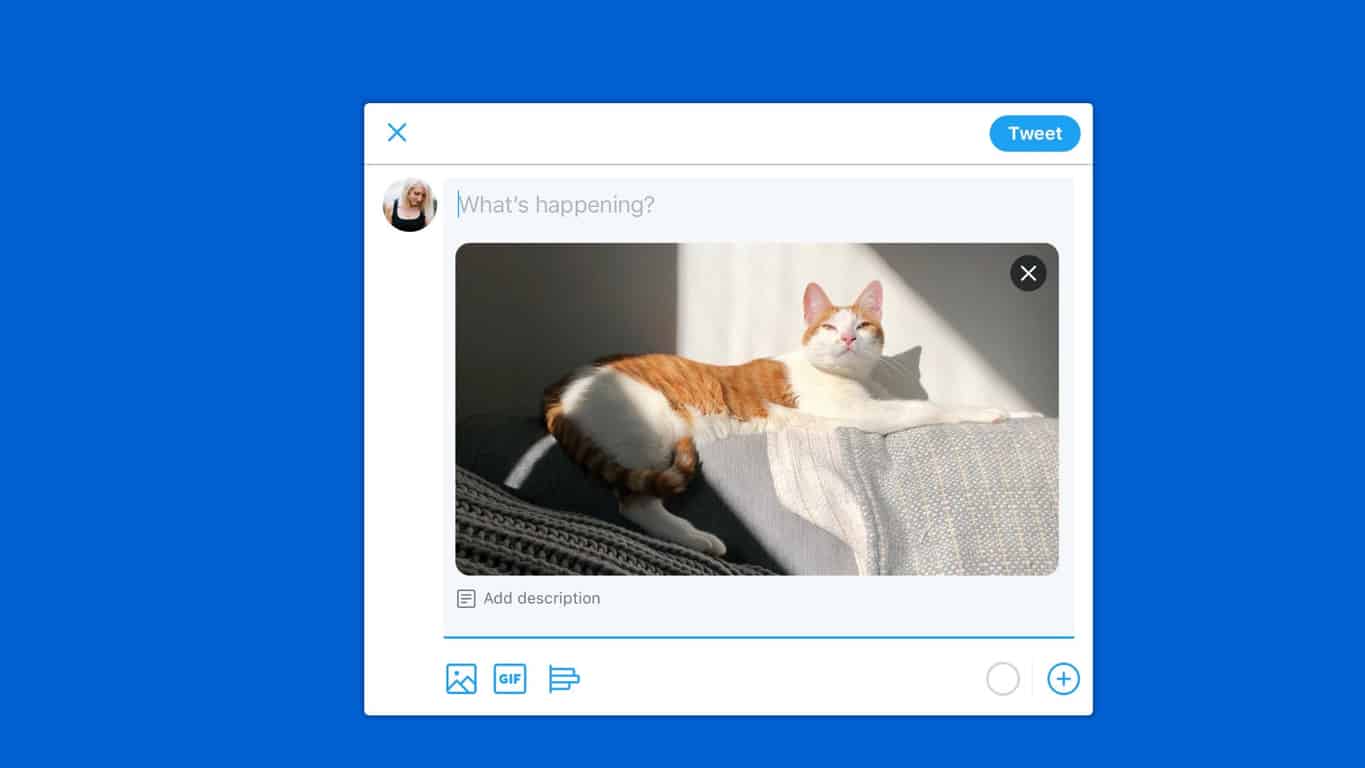 This new feature essentially allows users to type in a text description for their tweet's image attachments which can be used in Twitter searches and for those unable to see the images properly due to a disability.

Despite Traughber saying the feature is now live, it doesn't appear to be showing for all Windows 10 users just yet which suggests that a rollout is in effect.

Are you seeing image descriptions in your Twitter PWA app yet? Let us know in the comments below and then follow us on Twitter for more Windows 10 app news.