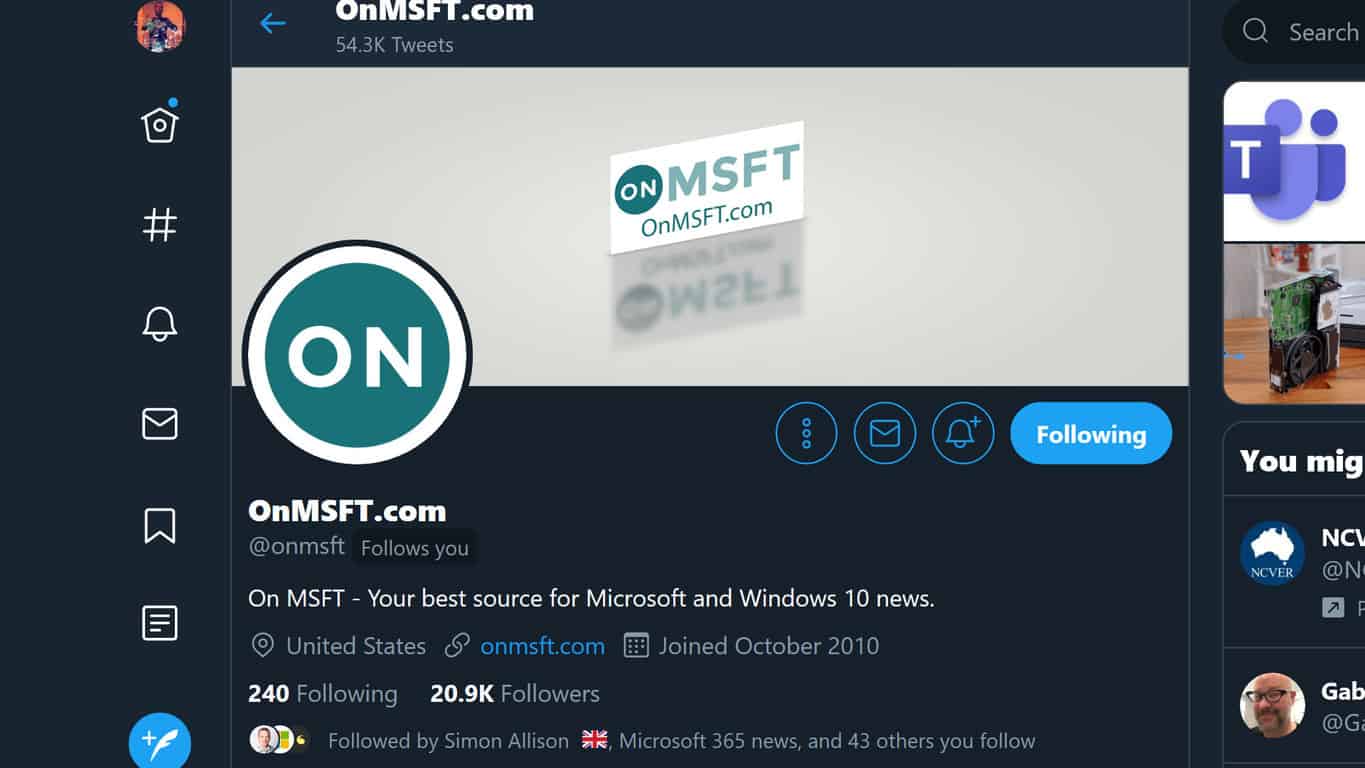 The official Twitter app for Windows 10 devices just updated with a bit of a menu change. In addition to the menu icons being noticeably bolder, links for Twitter Bookmarks and Twitter Lists have also been added.

Twitter Bookmarks are a way to save specific tweets for viewing later or just for future reference. Any tweet can be bookmarked by clicking on its share icon next to the like/heart icon and selecting Add Tweet to Bookmarks.

Lists on Twitter are an incredibly easy way to curate your Twitter feed by creating groups of certain accounts. Some of the perks of using Twitter Lists is that all tweets in them appear chronologically and sponsored tweets don't appear at all.

No release notes have been published yet so it's unclear if anything else has changed with this update. Have you noticed anything different in the Windows 10 Twitter app? Let us know in the comments below and then follow us on Twitter for more Windows news.