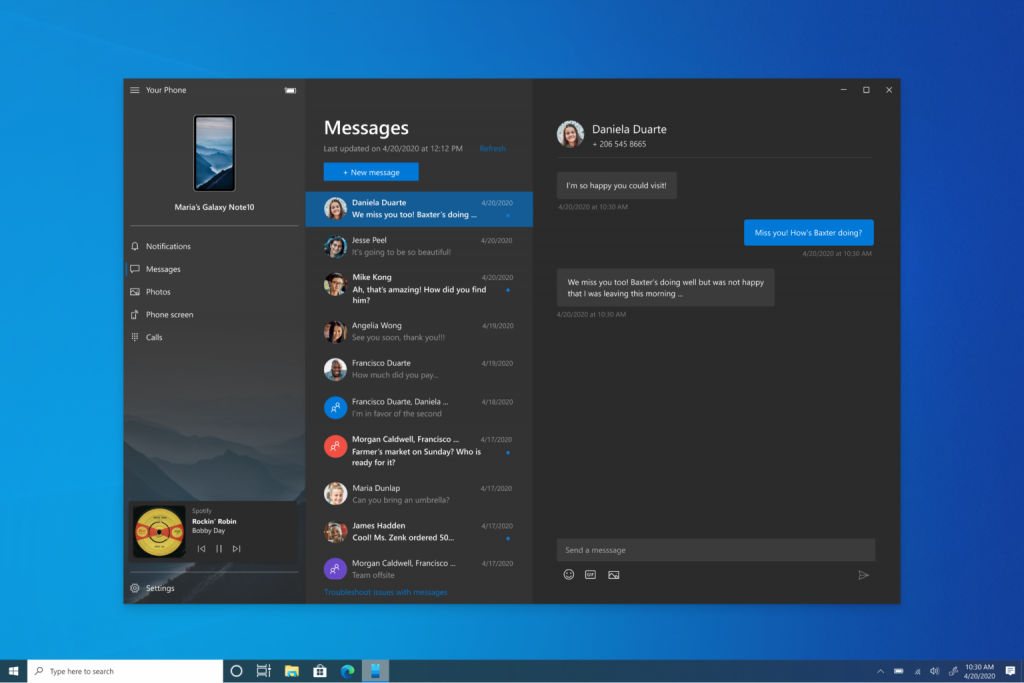 In a blog post for the release of the Windows 10 Insider build 19645 today, Microsoft announced that the Your Phone app’s audio controls feature are now rolling out to the public. The feature now allows Windows 10 users to use the Windows 10 app to control music and certain audio apps from their Android phones.

Although we're not seeing the feature on the public version of Your Phone just yet, we'd like to remind you that it was in beta testing since April. It adds a new set of controls to the bottom left corner of the Your Phone app. You'll be able to see and interact with songs playing from your phone, see audio track details, and switch between multiple sources from the dropdown in the audio player. The feature supports popular streaming apps including Spotify, Pandora, Amazon Music, Google Play Music, and Google Music

Microsoft notes that users should make sure they have the same versions of the Your Phone Companion and the Your Phone app to experience the feature. It is not linked to a Windows Insider build, and everyone should be seeing it within the next few days.