Windows 10 Your Phone app no longer requires Wi-Fi to sync with Android phones - OnMSFT.com Skip to content
We're hedging our bets! You can now follow OnMSFT.com on Mastadon or Tumblr! 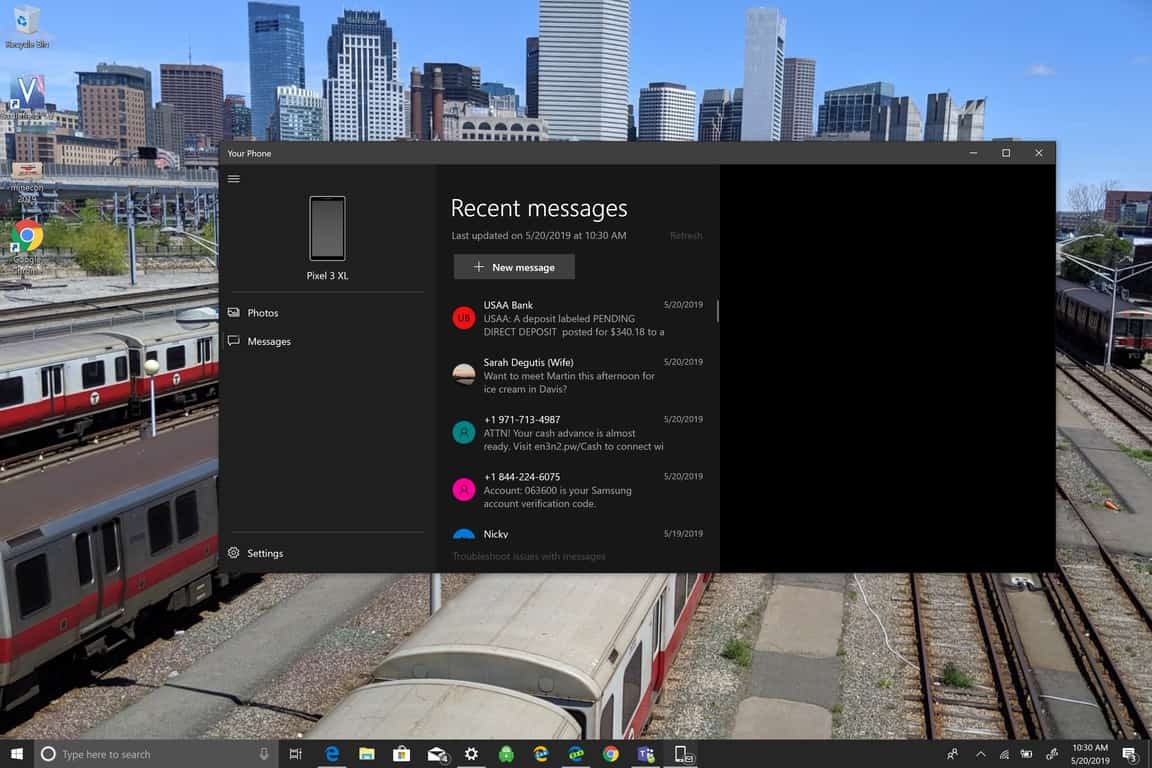 The Windows 10 Your Phone companion app no longer requires a Wi-Fi connection to sync your messages and photos. As noted by Windows Central, the Your Phone app can sync to Android phones using your mobile data connection. Great news for Android users at least, but not so great for iOS. Microsoft's Lead Designer, Roberto Bojorquez, announced the news on Twitter, although someone else noticed the new update included a redesign of the Your Phone icon.

Happy to announce the rollout of the #1 feature you have been asking for: #YourPhone now supports sync over mobile data! No need to have your phone connected to WiFi anymore for messaging, photos, and notifications. Mobile app version 3.8.4. Go to settings>sync over mobile data! pic.twitter.com/KcAGh3Qt8N

Microsoft has been quickly refreshing all of their icons for their services across Android and iOS, including new Office, Outlook, and OneDrive icons. The ability to sync your text messages and photos using your mobile connection is live in the Your Phone Companion app on Android (version 3.8.4). You'll need to go to the Android app settings to enable the "Sync over mobile data" feature. Download the Your Phone Companion app from the Google Play Store.

Microsoft releases new firmware updates for many of its Surface devices