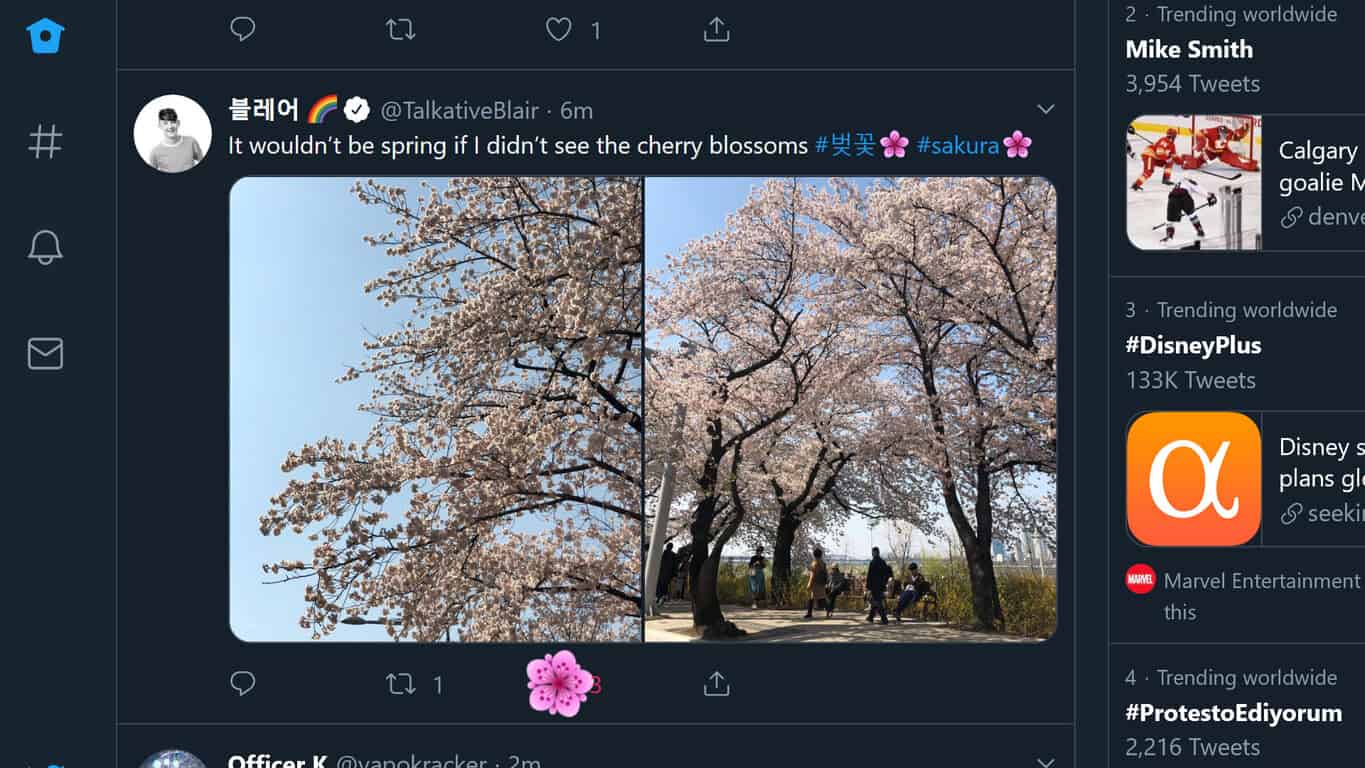 In celebration of this national pastime, Twitter has added the cherry blossom emoji next to all instances of the #cherryblossom, #sakura, #桜 (the Japanese kanji for sakura), #花見 / #お花見 (hanami, the Japanese word for cherry blossom viewing), and #벚꽃 (cherry blossom in Korean) hashtags on the platform regardless of region.

What's particularly cool is that when a user likes a tweet that contains any of these hashtags, an impressive cherry blossom animation appears in place of the usual heart one. Check out the above image to see it in action.

Kingfisher shows the right way to do hanami #お花見pic.twitter.com/rfOUfpfvXZ

Both the emoji and animation currently only work within the Windows 10 Twitter app and on the web version of the social network. It's unclear how long this little feature will work for so it’s worth checking it out now in case it's removed as quickly cherry blossoms fade after a full bloom.

Have you noticed this cherry blossom Easter egg? Do you like it? Let us know in the comments below and then follow us on Twitter for more Windows news.

Edit: This feature is also functional on the Android Twitter app. Cheers, Robert for the info!