Windows 10 Twitter app gets a revamped menu in new update - OnMSFT.com Skip to content
We're hedging our bets! You can now follow OnMSFT.com on Mastadon or Tumblr! 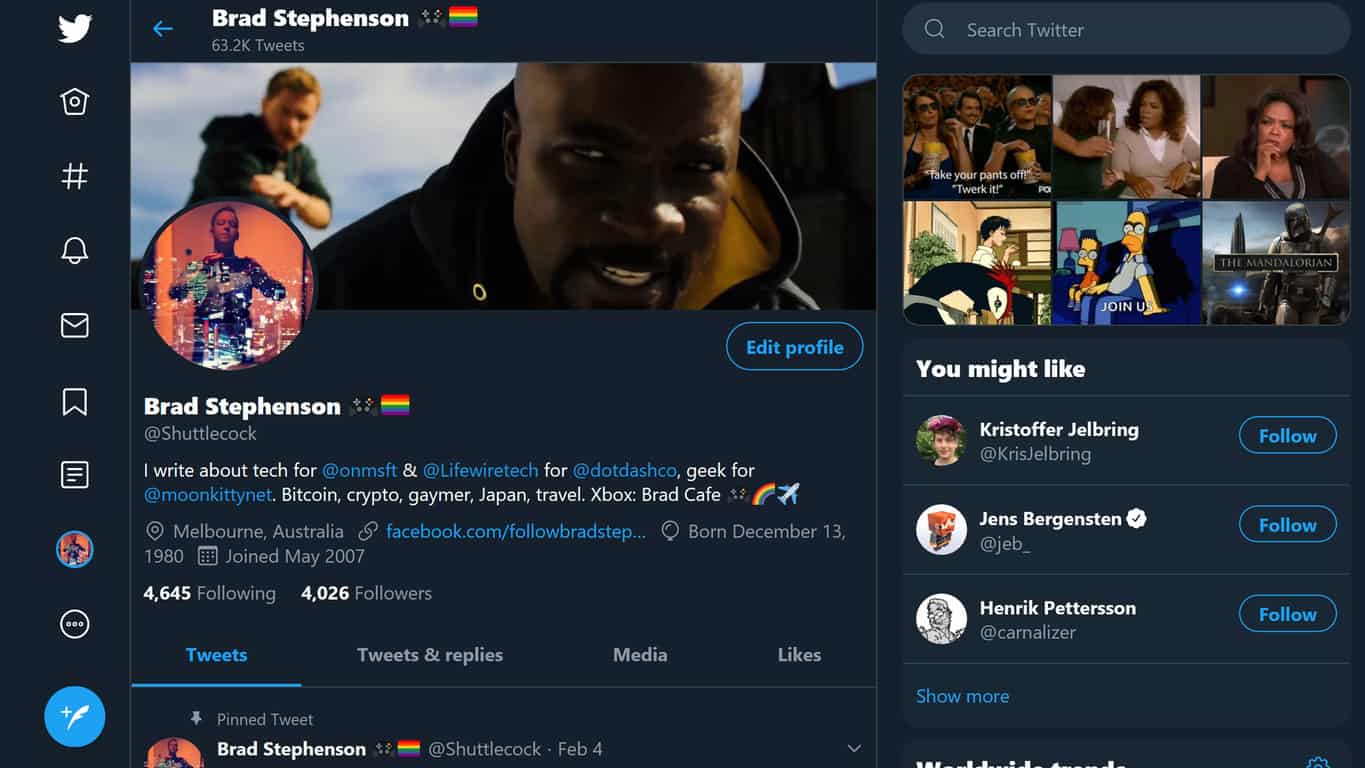 The official Twitter app for Windows 10 devices made a pretty significant change today when it completely revamped its main menu on the left side of the screen.

Previously, the Twitter app would feature the user’s avatar at the top of the menu which could be clicked at any time to navigate to their profile. This link has now been moved to the near-bottom of the menu and has been replaced with the Twitter bird icon which goes to the main timeline.

A new ellipsis icon has also been added to the menu. This opens up the app’s settings screen.

It’s unclear if anything else has been changed as no new release notes have been posted. It’s likely that this change was simply pushed out to the app and official release notes will be posted at a later date after more changes have been made.