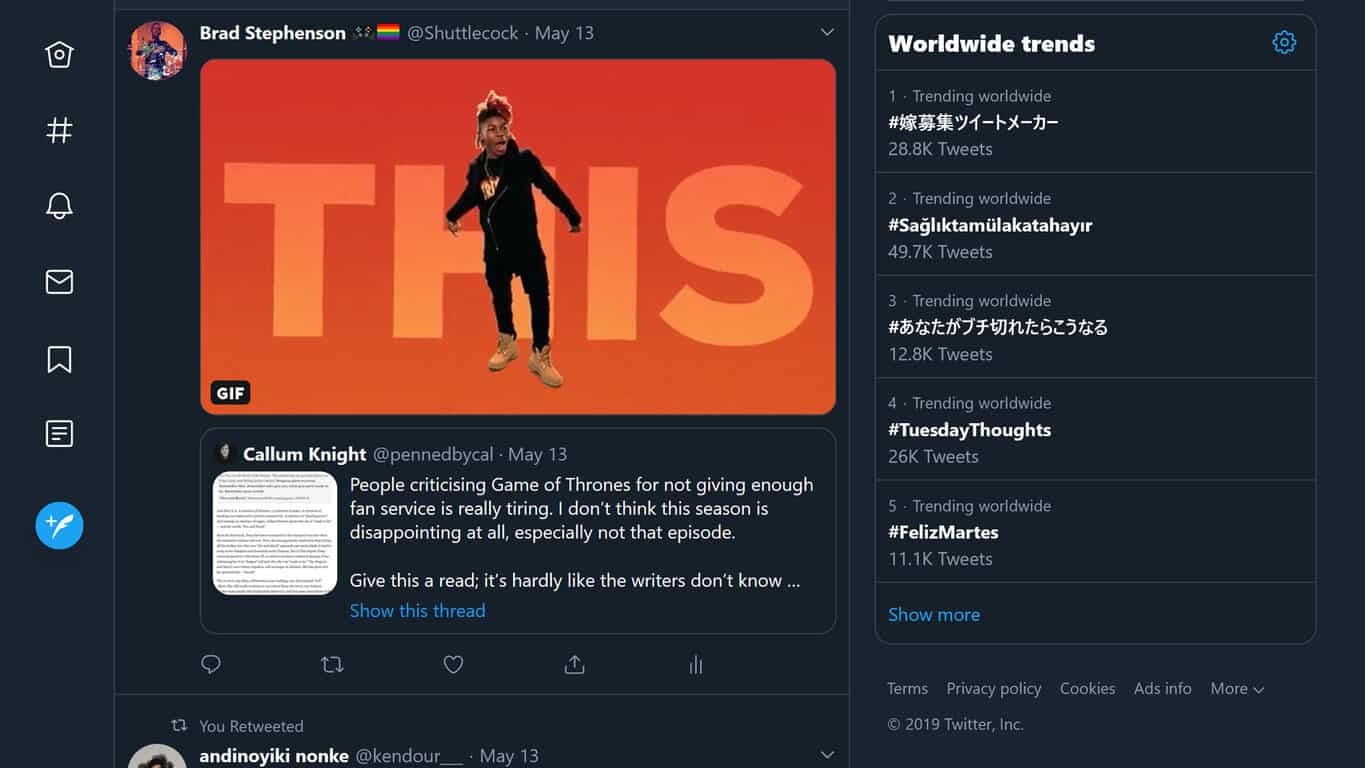 The official Twitter app for Windows 10 devices has received several updates over the past month or so and they've now finally been detailed in a new set of release notes.

Despite these notes being dated as May 5th, some of changes have only rolled out this week such as the new ability to include gifs and other media in a quote tweet (see above image). The inclusion of this particular feature is rather notable as it was only added to the iOS and Android Twitter apps last week, making it one of the few times Windows users have gotten a Twitter feature relatively soon after the smartphone users.

Some other notable changes made over the past month include the new ability to edit your birthday on your profile and the ability to delete Twitter Moments. The app is now also noticeably more stable and faster to load menu and timeline elements.

No actual app update is need to receive all of these changes as each change is automatically activated as soon as they're made live due to the Progressive Web App (PWA) format.

Do you use the official Twitter app or do you prefer to use an alternative? Let us know in the comments below and then follow us on Twitter for more Windows news.

How to enable Microsoft Translate in the Edge Dev browser