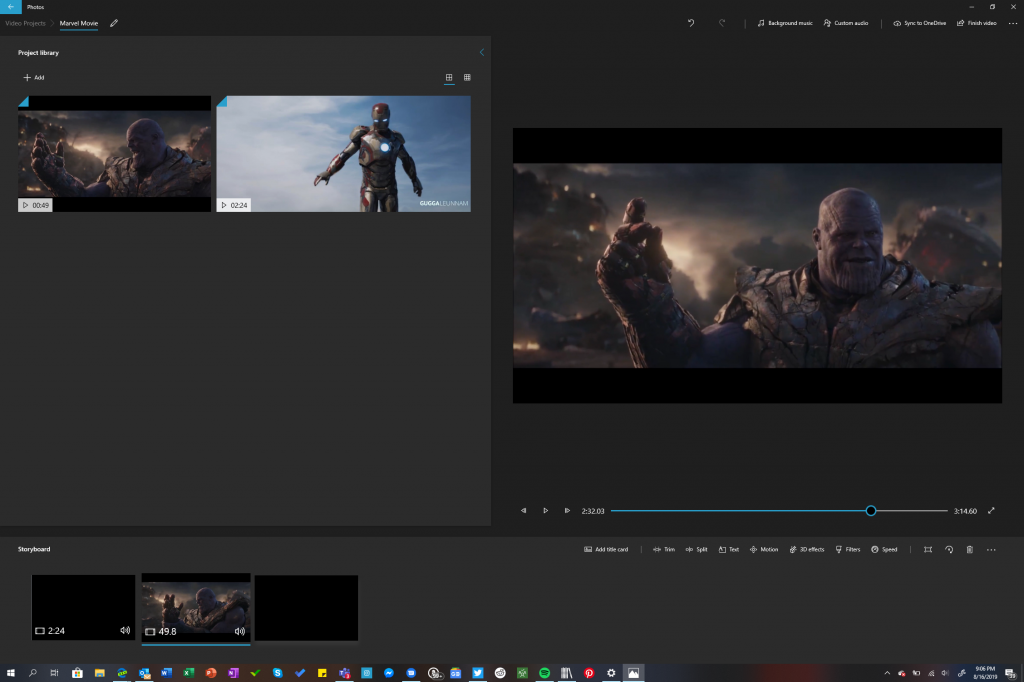 For reasons seemingly undisclosed to the public, Microsoft has decided to put an end-of-life date for its Photos app video sync to OneDrive.

According to a post on its Windows Support page, January 10, 2020, will be the date that metadata from any video project synced to OneDrive via the Photos app will not only be unsupported but deleted.

The feature that syncs in-progress video projects to OneDrive is being removed from the Video Editor in the Windows 10 Photos app.

When this happens on January 10, 2020, the metadata for any video projects that are being synced to OneDrive will be deleted. The metadata includes things like the photo and video clip order, music timing, and text for the title cards for a given video project. None of your actual photos, video clips, or anything else you’ve saved to your personal OneDrive will be affected by this change.

With that being said, Microsoft must be hoping its six-month warning is enough time for people to come up with a backup solution; if not, they are offering a couple of options of their own for users.

For any users who may forget to manually switch, Microsoft will automatically do the switch for them after January 10, 2020, but some saved projects my lose their most recent changes during the transition.

Microsoft has yet to explain the move or give any insights into what comes next for the video editing suite in the Photos app that will either supplement or replace the removed sync situation.