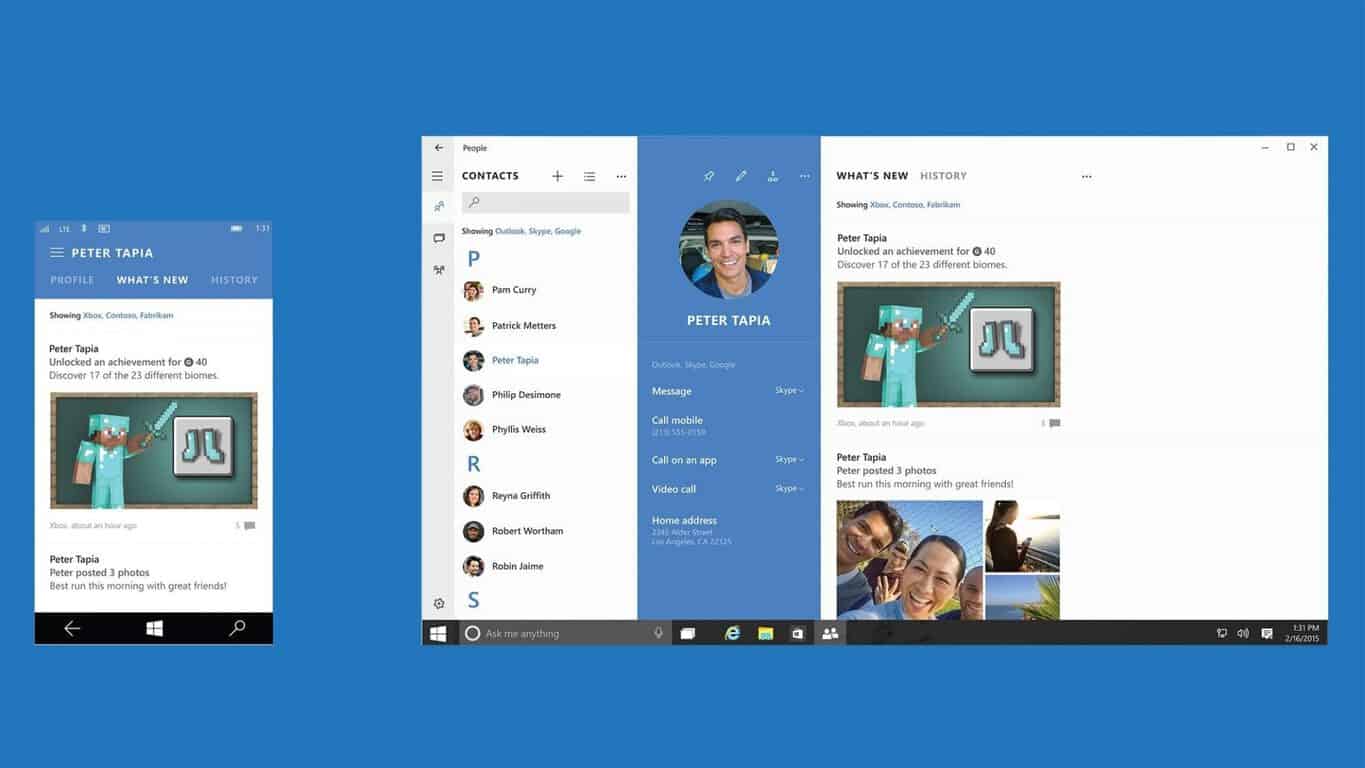 One of the best features I enjoyed in Windows 8 was the new People app which allowed for the merging of contacts’ profiles from numerous address books and social networks. It was a convenient way to keep track of people and it was also fairly easy to use.

When Windows 10 launched, I was disappointed to find that most of that functionality had been stripped away. The app was now a basic address book app with no social integration at all. Frustrated, I went straight into the new Windows 10 Feedback app and vented my frustration with a strong suggestion that Microsoft return the features that I had found so useful. Thankfully I wasn’t the only one who was confused or angered by the new People app and was happy to see hundreds of other users posting similar suggestions and asking where the social integration was.

I did of course try the “Get social apps” button in the People app’s settings but that just opened up a black page within the Windows 10 Store app and besides, I already had the Windows 10 Twitter and Facebook apps installed on my Surface Pro anyway so I just assumed that the feature was going to come at a later date. 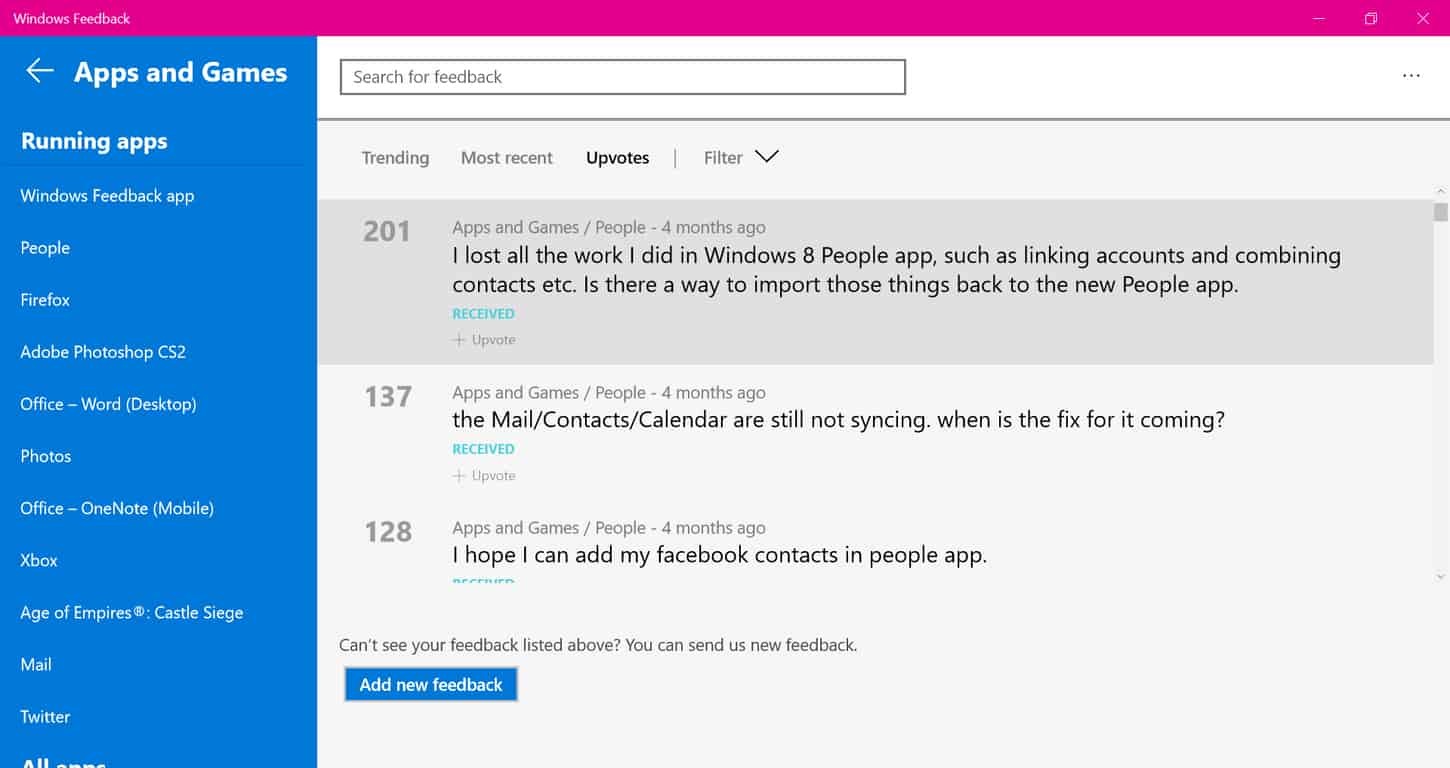 Over the next month or so, I chatted with numerous people on Twitter about the issue and even a few other WinBeta staff members and everyone, like myself, had experienced similar issues and come to the conclusion that Microsoft simply hadn’t rolled out the feature yet. Eventually I decided to ask the official Windows Support team on Twitter if they had an ETA for social integration on the People app and they were legitimately surprised and informed me that it had been there since launch. Through several tweets and even a phone call, we were still unable to connect any social networks to my People app and eventually we just had to give up. I let them know how much of a widespread problem this actually is and they promised me they’d work on it.

It’s been several months now and my People app is still the same as it was when Windows 10 launched. Many people I know are still experiencing the same problem (a lot of them not realizing it’s a bug and are waiting for the functionality to be added), the few reviews in the Store app all mention this problem, and the Feedback app is still being bombarded (as recently as a few hours ago) with users asking why they can’t sync contacts with social apps.

The Windows 10 People app updated last night and it’s still not working properly for those affected. When clicking on the “Get social app” button though, users are greeted with a proper error message in the Store app now instead of a blank page, so that’s something I guess.

Are you one of the many Windows 10 users being affected by this People app bug? Have you found a workaround or just given up? Let us know your experiences in the comments below.