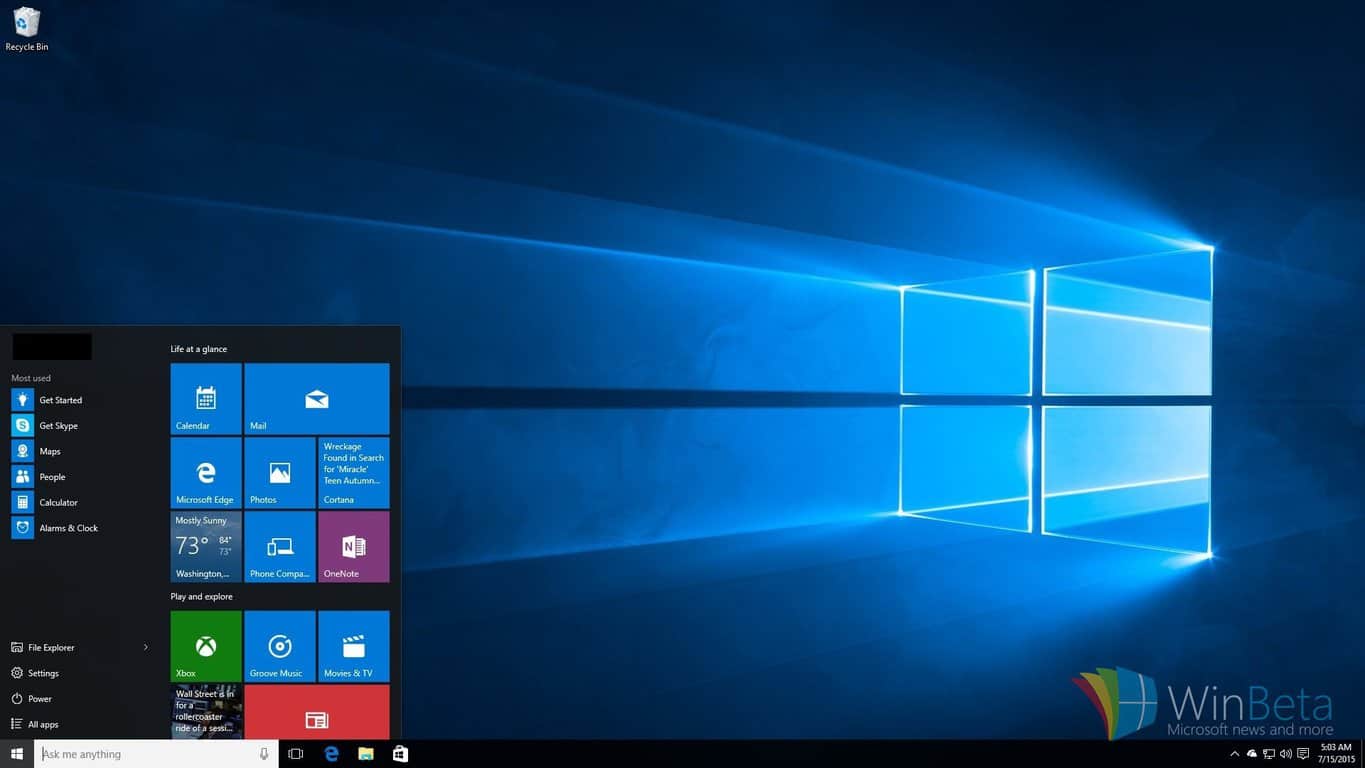 A new, older build of Windows 10 leaked onto the web this week, build 14278. What's interesting about this leak however is that it appears to have come from an internal source, as the build in question is from an internal development branch under the name "rs1".

No new features are present in the leak, but it does serve as a collectable for those few who still do collect builds. Regardless, the leak itself is a x86 leak in en-US.

Microsoft also pushed a new cumulative update for the latest public version of Windows 10, bringing the build number to 10586.164 matching that of mobile. This is what's fixed:

WinBeta exclusively revealed this week that Extensions for Microsoft Edge are set to show up in the next Insider build, finally giving developers a chance to port extensions over from Chrome for use in Edge.

Extension support for Edge is now being flighted in the latest internal builds of rs1_release, meaning Insiders are next inline for receiving support. Microsoft has been working on this for months internally, so it's good to finally see it come to Insiders.

Furthermore, WinBeta also revealed that Microsoft is working on a new Feedback Hub that merges both the Insider Hub and Feedback apps found on todays Insider builds of Windows 10 and Windows 10 Mobile.

This change is apparent on both desktop and mobile, but the app itself looks identical to the current Insider Hub, only with the added addition of Feedback support integrated.

On the heels of our report regarding Edge Extensions, a leaked set of screenshots appear to have revealed a new Page Analyzer extension for Edge that we assume will be part of the upcoming wave of test extensions for Insiders.

Not much is known about the extension, given only screenshots leaked, but it does confirm recent rumors that extensions will be managed via the Windows Store.

So there you have it, what was your favorite story of the week? Let us know below.