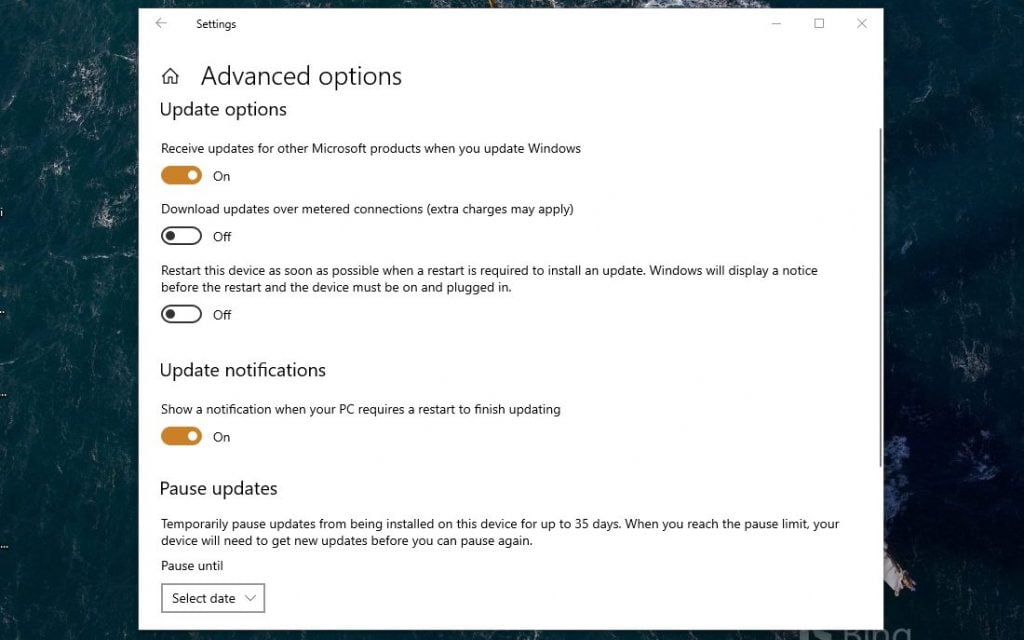 Back in 2019, Microsoft introduced the ability to defer Windows 10 feature updates using Windows Update settings for up to an entire year. As a reminder, the feature was introduced for both Home and business users to refrain their PCs from attempting automatic upgrades during the selected period.

However, WindowsTimes noticed that the feature has been removed beginning with the Windows 10 May 2020 Update, and Microsoft confirmed the change in an update to the Windows 10 2004 documentation for IT Pros from June 23 (via Neowin): The manual setting to defer feature updates has been removed from the “Advanced options” section in Windows Update for users currently running Windows 10 Pro, Education, or Enterprise editions “in order to reduce confusion.”

Microsoft said that it’s now up to the IT Admins to manually configure update deferrals in the Group Policy for everyone in their organization. “If you wish to continue leveraging deferrals, you can use local Group Policy (Computer Configuration > Administrative Templates > Windows Components > Windows Update > Windows Update for Business > Select when Preview builds and Feature Updates are received or Select when Quality Updates are received),” the company explained.

This move is quite surprising considering that thousands of users generally use this option to suspend quality updates for a specific period. By removing the option from Settings, and hiding it inside the Group Policy Editor, Microsoft probably wants to push more people towards the Windows 10 May 2020 Update. Did you notice the change on your PCs? Let us know in the comments down below.