Windows 10 Insider build 21313 expands news and interests in the Taskbar to more markets - OnMSFT.com Skip to content
We're hedging our bets! You can now follow OnMSFT.com on Mastadon or Tumblr! 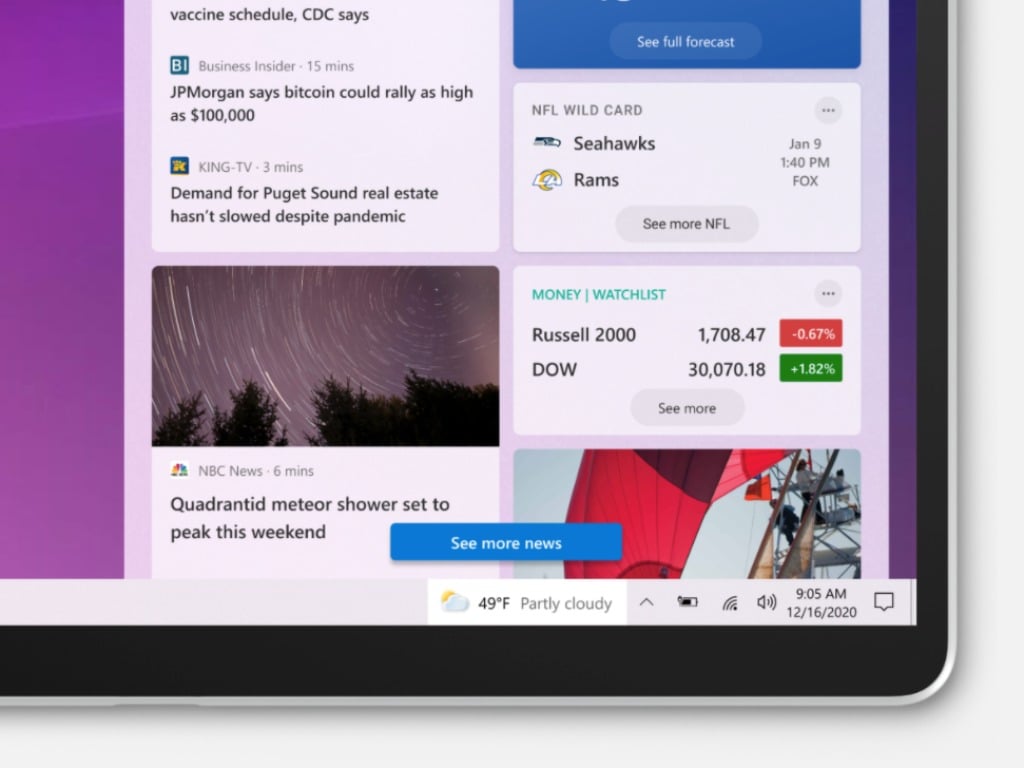 This is a bit unexpected, but Microsoft has just released a new Windows 10 preview build for Insiders in the Dev channel. If you’ve been unable to try news and interests in the taskbar until now, the build 21313 expands the experience to more markets and languages, with China being left out.

"News and interests will automatically detect your language and location, and deliver a localized experience consisting of content from local publishers and data providers,” the Windows Insider team explained today. Unfortunately, this is still a gradual rollout, and not all Dev Channel Insiders will see news and interests in the taskbar after installing this build.

Today’s build also replaces the legacy Microsoft Edge with the new Chromium-based Edge. The legacy Edge will be removed from all Windows 10 versions in April, so Dev Channel Insiders will be the first Windows users to say goodbye to the original version of Edge that shipped with Windows 10 back in 2015.

The build 21313 also introduces a redesigned IME candidate window, which is the pop up window that allows Windows users to insert characters from other languages. The updated design brings dark theme support, optimized performance, and quick access to emoji.

The new UI design will be available for a total of 17 languages including Japanese, Chinese (Simplified and Traditional), Korean, Hindi, and Tamil, though only a subset of Dev Channel Insiders will see the redesigned IME candidate window after installing the build 21313.

Today’s flight also brings other minor changes, bug fixes, and known issues, and you can check out the full list below:

If you were planning to install today's build on a Windows 10 on ARM PC, be aware that it won't be offered on your device due to an app compatibility issue. "We hope to flight to ARM64 devices with the next flight once the issue is fixed," the team said today.