Windows 10 Build 10547 now available for Insiders - OnMSFT.com Skip to content
We're hedging our bets! You can now follow OnMSFT.com on Mastadon or Tumblr! 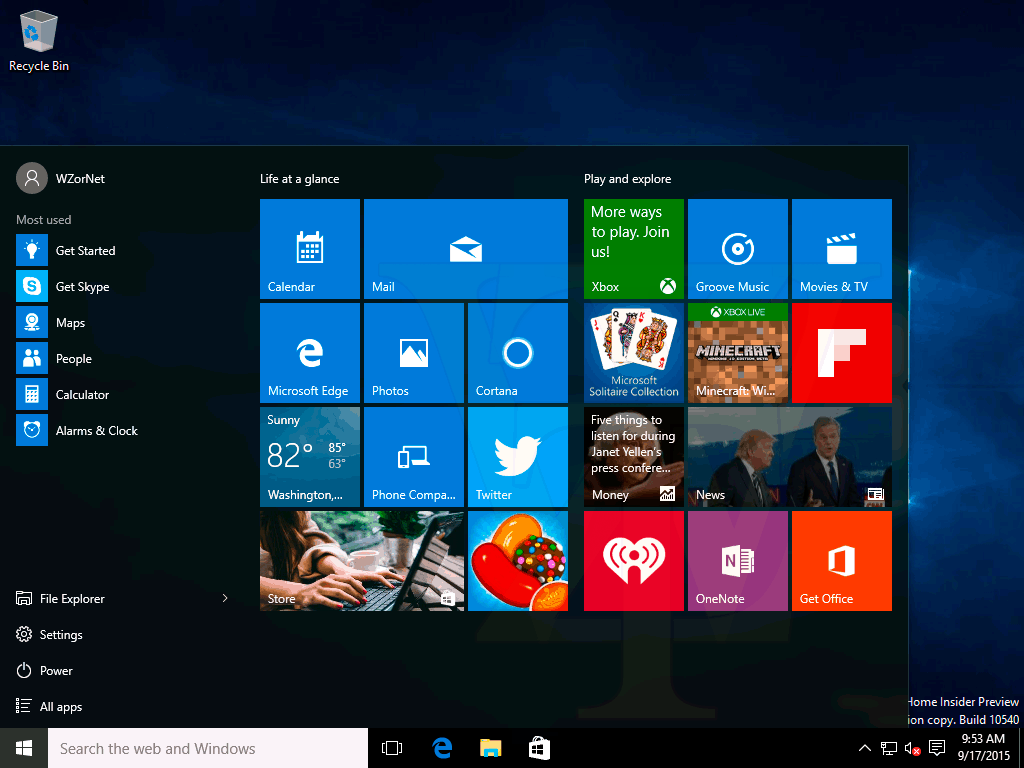 Microsoft has released a new build of Windows 10 desktops for Insiders today, build 10547 includes a number of new features and enhancements over the last public preview build which was 10532. The new build has only just started rolling out, so if it's not yet showing up in Windows Update, give it a bit of time.
Microsoft has added a new option for more tiles on Start, apps can now be snapped from Task View, and the ability to turn off the Windows background login image plus much more. These changes come in light of a recently leaked build, 10537, which included a few small tweaks. Are you a Windows Insider? Let us know your thoughts on the new build below!
Microsoft is planning to release Windows 10 Threshold 2 this November, and the changes seen in today's build will be what the public receives when Threshold 2 rolls out publicly. Insiders should be submitting feedback about bugs and suggestions via the feedback app too!