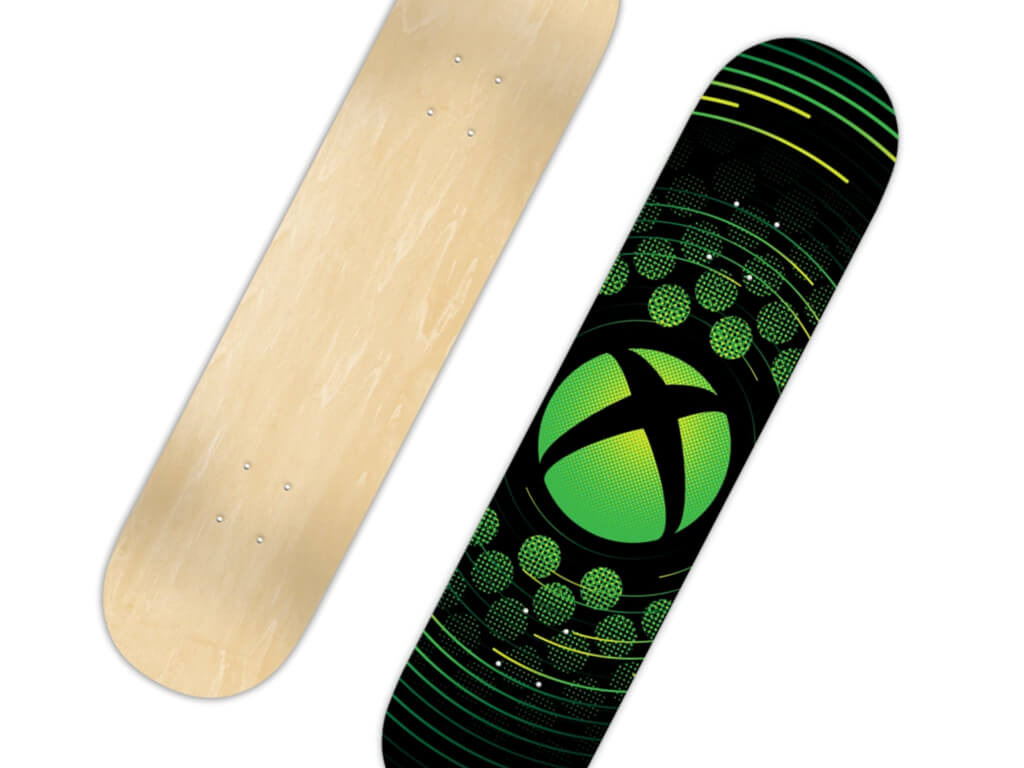 Microsoft has made a variety of limited promotional Xbox-branded skateboards in the past but the tech giant has now, finally, released one that’s not only available to the general public but can also be ordered online and shipped internationally.

The deck measures 8” x 32” and is made from 7 ply Canadian Maple which means that it’s more than capable of being used for actual skating instead of just a cool accessory for a gaming or streaming space.

“Skateboarding doesn't have a lot to do with Xbox,” the deck’s official description reads. “There are skateboarding games, of course, but otherwise, you typically have to pause a video game to use your skateboard (in fact, this is strongly advised). We made an Xbox skateboard deck anyway because we think it looks amazing.

“Also, you CAN hang this on your wall as a decoration or shelf. Then you can use your Xbox AND the Xbox skateboard deck at the same time!”

Microsoft is really pumping out the Xbox merch this month. A new collaboration with Adidas was announced just this morning and while official Halo Infinite Rockstar Energy Drinks are now available.