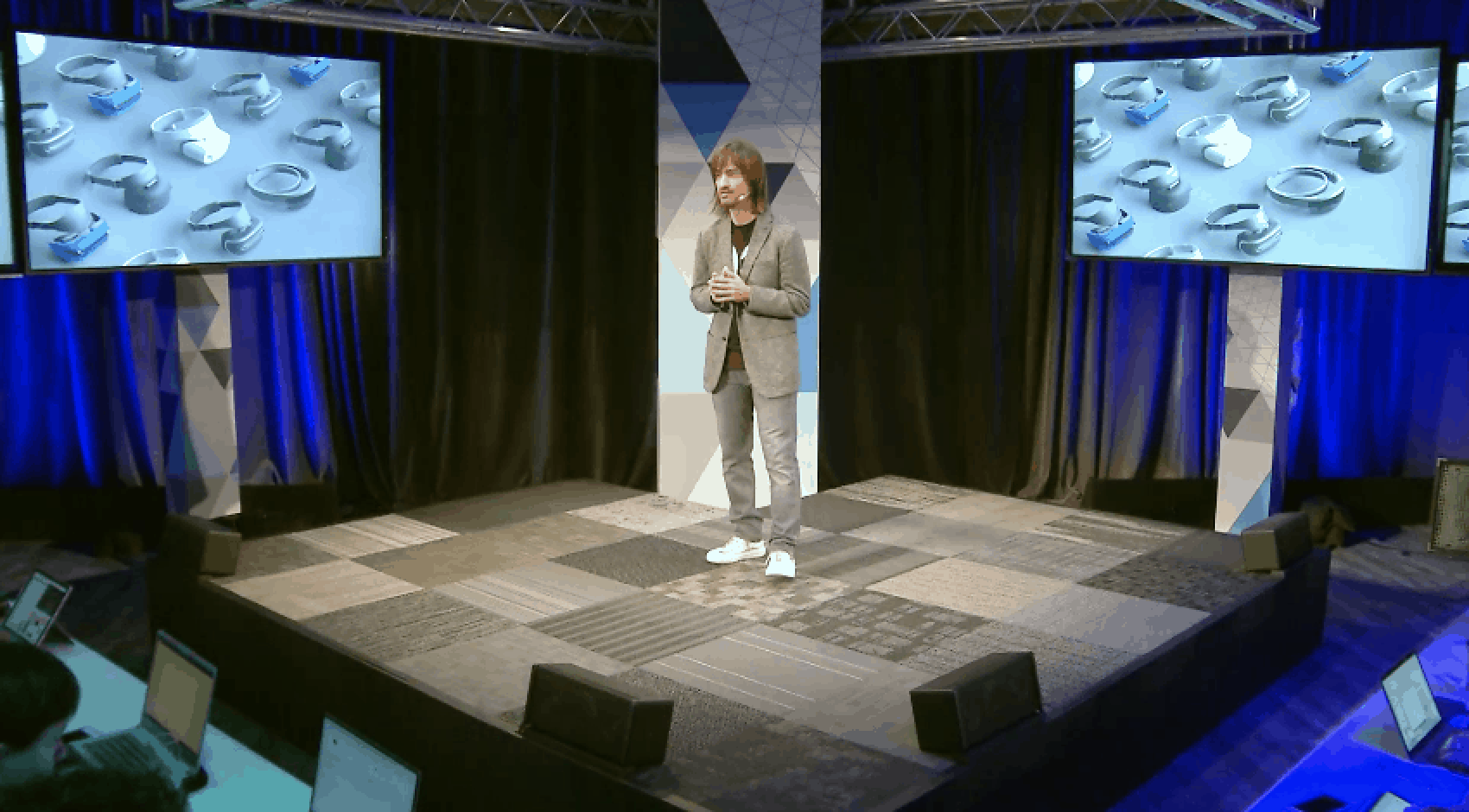 Microsoft leapt out in front of the Augmented Reality race with the unveiling of its secret garage project, HoloLens, a few years ago. Despite the relatively nascent but established market for Virtual Reality, Microsoft seemingly wanted to forego the category and place its bets with consumers adopting the ability to interact with both real world and computer-generated sensory objects and sound.

However, after a year of touring the HoloLens headset around, Microsoft began partnering with studios and hardware developers to create Windows 10 based virtual reality experiences. While it may seem to some like a capitulation, it was part of larger strategy for Microsoft to eventually blend both technologies into a new experience it’s since dubbed Mixed Reality, and now the company has the herculean task of attempting to explain just what Mixed Reality is and why it thinks it’s the future of communication.

After a Mixed Reality event in San Francisco a couple of days ago, Microsoft fellow and Mixed Reality guru Alex Kipman remained on stage with a headset in hand and answered several pressing questions about the future of the company’s next computing bet.

Question: In your demo you showed both augmented reality and virtual reality, with the Samsung headset. Is the market breaking down already, in this early stage, where business use will be AR and consumer use will be VR?

Kipman recognized the inherent divide in perception of how people might want to categorize the technologies, but ultimately believes that just like consumers who become workers, Augmented Reality can sit alongside Virtual Reality to accommodate several use cases.

To some extent, what I think you’re seeing is that because the world has fragmented the platforms, enterprises have to pick. Consumers have to pick. Which is why we have, from the beginning in 2015, called this thing mixed reality and created a unified platform for both. As you give these gorgeous devices, with that same universal platform, to those same amazing enterprises and consumers, what you’re going to start seeing is you have the range to do both.

Perhaps, more importantly, Kipman was asked about the duration of use with Mixed Reality. As a productivity device, can it be used for eight hours a day as a full workstation replacement?

Question: What about the duration you expect people to use these? With some of these previous headsets we’ve used, you jump in for a game and you jump out again. Maybe you play a few hours here and there. Now I could theoretically work through Windows with one of these headsets. Can I do that all day long, day after day? Are there any safety or health considerations there?

To Kipman, it all comes down to comfort. Despite the documented nausea incidents with Virtual Reality, Kipman believes that the more comfortable the hardware, the more likely people will allow the experiences to recede into the background of their daily activities. Admittedly, Augmented Reality has had far fewer physical discomfort issues than Virtual Reality.

I said, “The key thing that we put the highest premium on is comfort.” This could be comfort of the devices on your head, or the comfort of input going in your eyes. When we defined HoloLens in the beginning, all these other devices were making you nauseous. They were uncomfortable on your head. That’s why you’re seeing great traction with HoloLens in the workplace – not just to play games, but to get to jobs done. All the science fiction that we’ve turned into science fact starts from the premise of, “How can I make you have a very comfortable experience in these headsets?”

As it has become more evident over the past few months, Microsoft’s is making a much more concerted effort for enterprise and Kipman was asked how the new Mixed Reality platform would play into that initiative.

Question: How do you see yourselves encouraging more businesses to adopt these headsets specifically?

Kipman believes that Microsoft’s singular source platform design benefits both consumers and enterprise much like Windows has done for over 35 years.

The fact that I can connect these experiences—I can have the first-line workers, for example, in a HoloLens, and the knowledge workers on the virtual reality devices. A single experience, a single service that can target both is what businesses are looking for. To a great extent this is why I’m proud of the fact that Microsoft is the only company approaching the entire spectrum. We’re not trying to make augmented reality or virtual reality or anything else. We’re saying, “People have phones. They have PCs. They have opaque devices. They have see-through devices. How do I provide value for that entire value chain with a mixed reality commitment?”

Other questions focused on how Microsoft would dictate reference design of headsets, what consumers could expect to purchase in the near future and how the company’s recent acquisition of AltspaceVR plays into the entire Mixed Reality package. 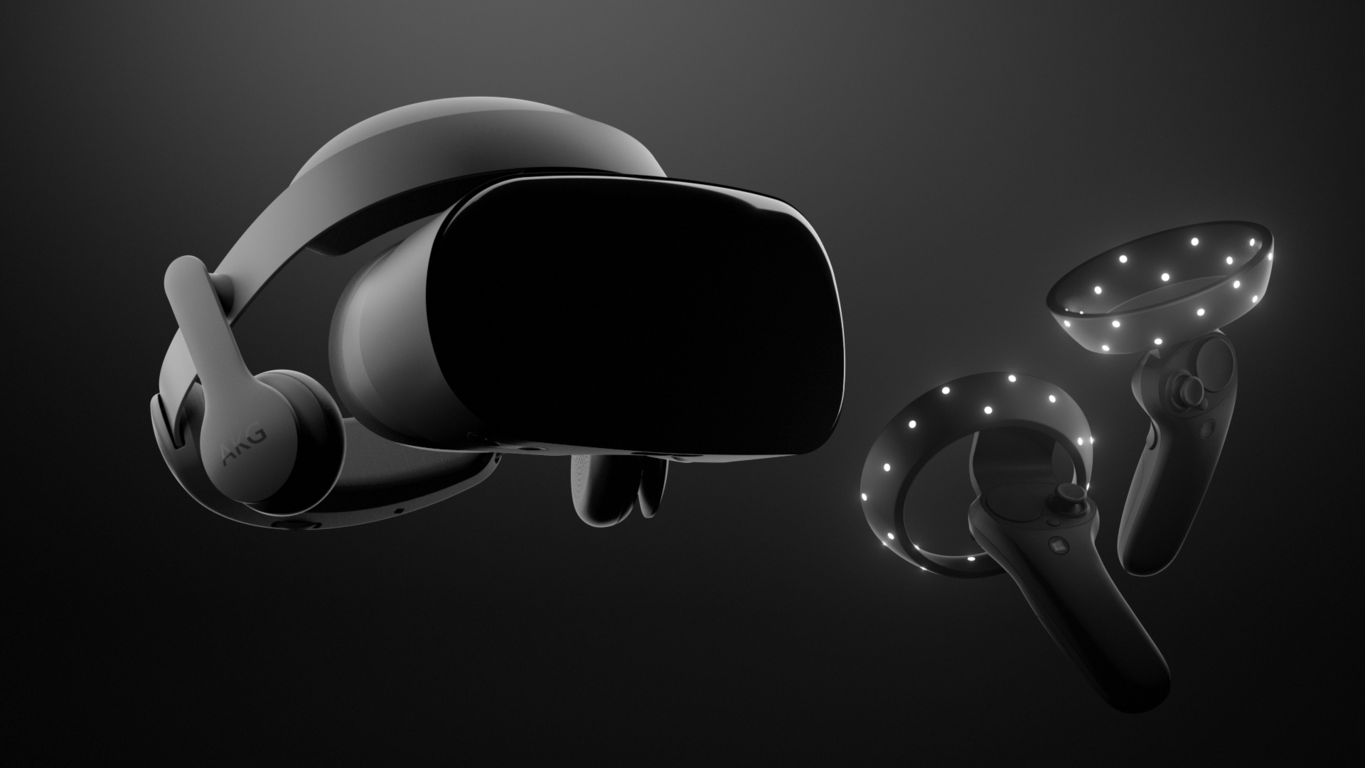 In sum, Kipman believes Microsoft’s partners such as Samsung will step and provide the right hardware at the right price points to get more consumers on board and that AltspaceVR was a play for adding a communication platform to Mixed Reality. Kipman didn’t go into great detail (or any for that matter) about the acquisition, but he did mention that both Microsoft and AltspaceVR were working together to learn from each other and that communication was at the center of their discussion.

There were a few other questions sprinkled about throughout his onstage interview, but the gist of his time was spent communicating Microsoft’s ultimate goal with Mixed Reality. To Microsoft, Mixed Reality represents the next wave in not only communication, collaborative productivity but computing as a whole. Mixed Reality could enable a more fluid form of humans processing information that would help several industries.

We’ll be eagerly watching the sector as Microsoft has shuttled any chance of participating in the current seasoned smartphone market of computing to gain ground with this future bet of Mixed Reality.