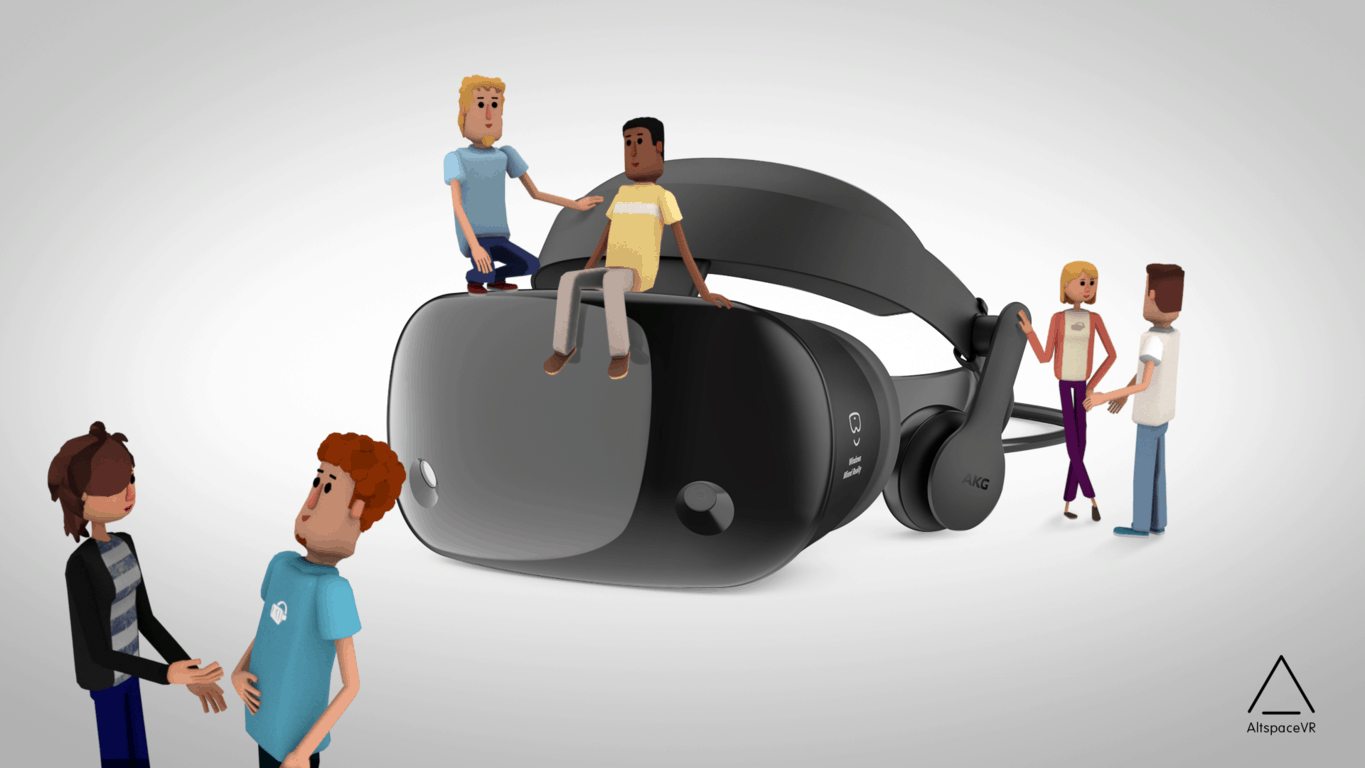 Today at a special Windows Mixed Reality event in San Francisco, Microsoft announced that they have acquired AltspaceVR, a leading social platform for Mixed Reality. The acquisition is part of Microsoft's plans to build what the company is calling the "world’s preeminent mixed reality community."

For those unfamiliar, AltspaceVR was founded in 2013 and helps bring people together in virtual reality. The 35,000 monthly users of AltspaceVR are able to attend meetups, comedy shows, yoga classes, dance parties, and large-scale events hosted by NBC, Reggie Watts, Justin Roiland, Drew Carey and more.

We're joining the @Microsoft family! Thanks to them, everything you ❤️ about AltspaceVR will keep going. Here's to our next chapter! pic.twitter.com/FDKNtcyHAr

AltspaceVR originally had funding issues and was slated to shut down in July of this year. Shortly after in August the company detailed that it was in "deep discussions" with "others who are passionate" about their tech, and they would live on with a Skeleton Crew running the show.

In a new blog post today, AltspaceVR detailed that there aren't any plans to bring their tech to Microsoft's HoloLens for now. Also detailed was AltSpaceVR continuing to work on PC and Mac in 2D mode, HTV Vive, Oculus Rift, Daydream by Google, and Samsung Gear VR.

A little company called Microsoft is acquiring AltspaceVR. Thanks to them, the friendships, weddings, birthday parties, and karaoke nights will keep going. Our new teammates at Microsoft are just as nerdtastic about our community as we are. AltspaceVR will stay AltspaceVR. Now we get to see how far we can take the promise of our social VR universe. I hope you join us.... The team will be spending a lot of the next few weeks talking to the AltspaceVR community and finding out how they can build an even better place to hang out in virtual reality. Their new partnership with Microsoft will be an adrenaline shot for AltspaceVR and they hope to bring new events, features and activities for their community to enjoy soon.

Although the monetary details of the acquisition are not available, today's announcements reveal that Microsoft was the company passionate enough to save AltspaceVR. Team members apparently connected with Microsoft's Alex Kipman and saw that his goals for mixed reality were the same as their hopes for the future of AltspaceVR.

Microsoft will now incorporate communications technology into AltspaceVR's mixed reality ecosystem. This all a part of Microsoft's Mixed Reality efforts, which no doubt will be a force to reckon with in the months and years ahead.