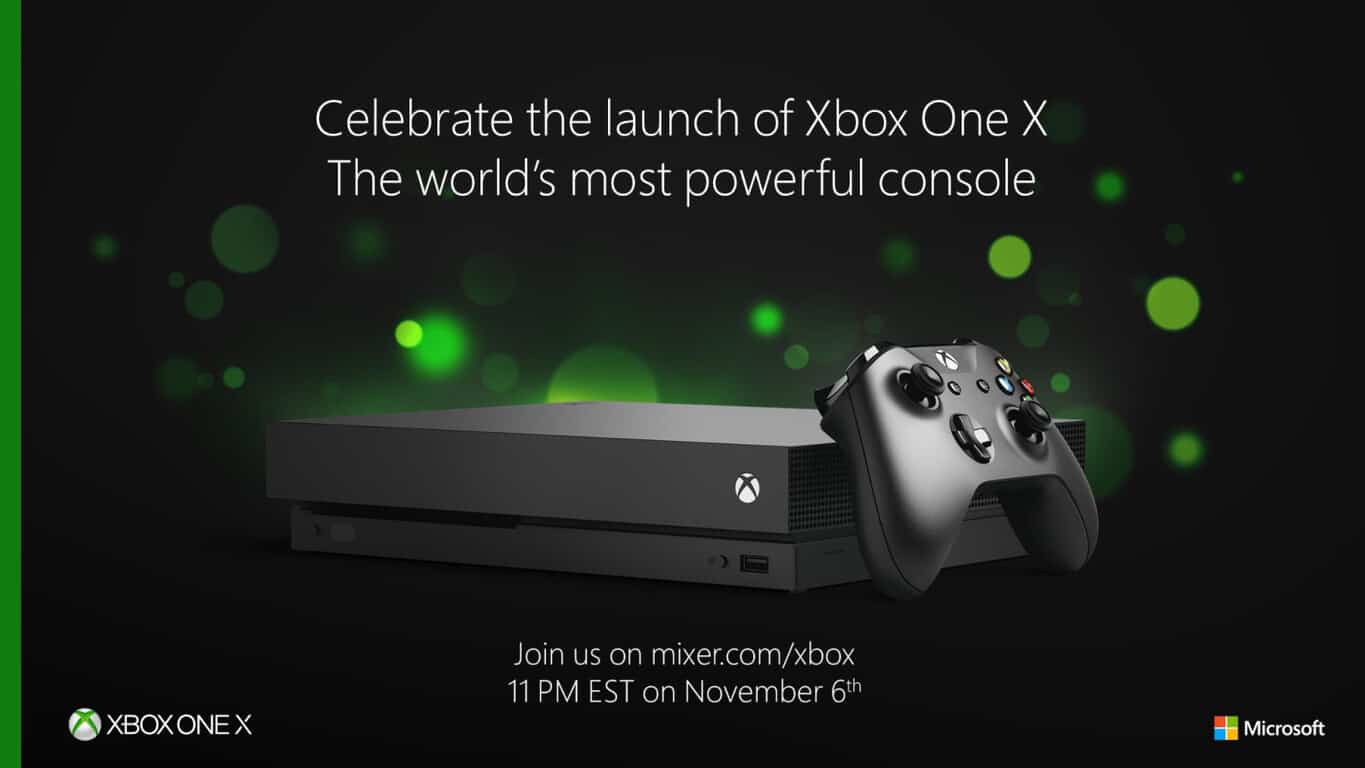 After many news outlets (including OnMSFT) published their review of Microsoft’s Xbox One X last Friday, the company is now gearing up for “the biggest global launch in Xbox history.” At the time of this writing, the console has already start shipping to gamers in Australia and New Zealand, and those of you in Europe and the US won’t have to wait much longer to get their hands on the new console.

Later today, the Xbox team will hold a special launch event from Mixer NYC Studio starting at 8:00 p.m. PT/11:00 p.m. ET until 9:00 p.m. PT/midnight ET. You can watch the show on Mixer, Twitch, YouTube or Facebook Live, and the Xbox team promises to give “an inside look at launch activities happening around the globe” during the one hour live stream.

If you happen to near a Microsoft Store, many of them will celebrate the launch today with giveaways, gameplay and more: In addition to an “epic fan celebration” at the Flagship Microsoft Store on Fifth Avenue in New York, The Microsoft Store at Bellevue Square Mall in Bellevue, Washington will also host a meet and greet with Seahawks’ Cliff Avril today starting at 6PM PST. You can learn more about the many celebrations happening today on Major Nelson’s blog.