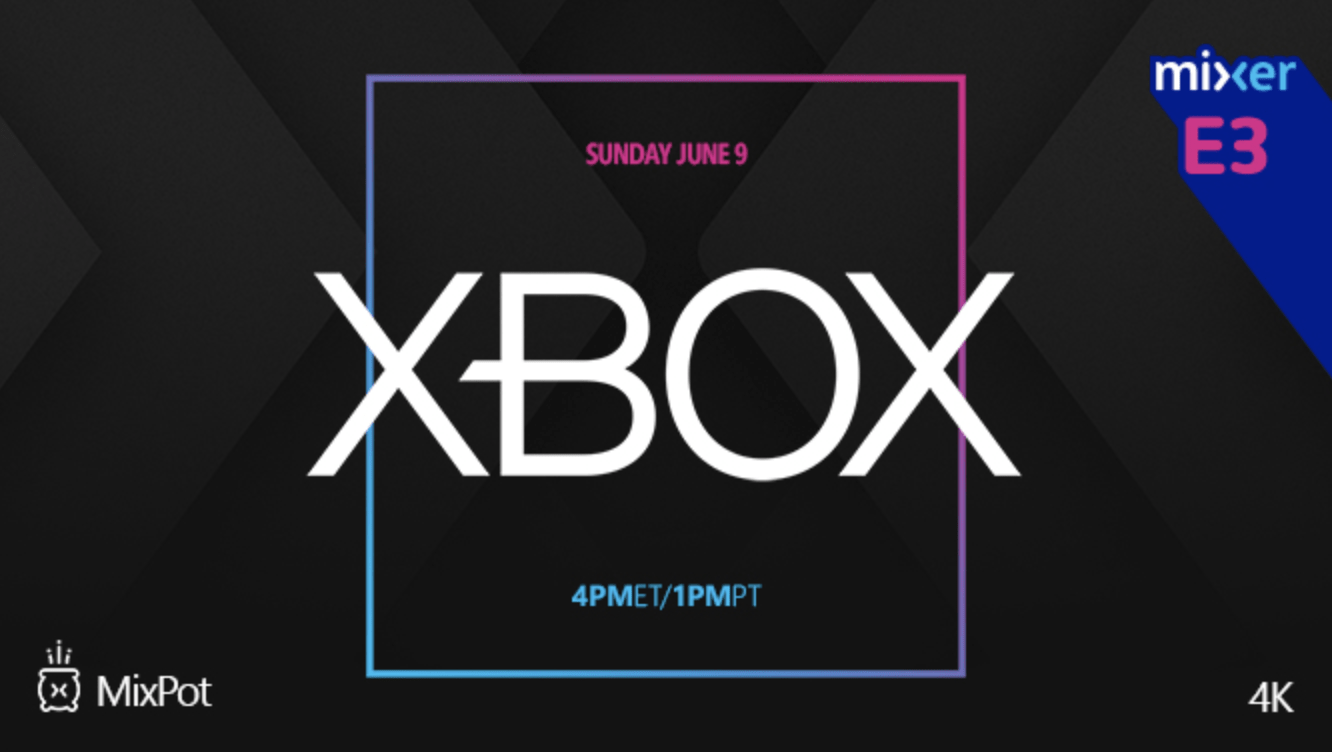 Microsoft’s E3 press briefing will kick off at 1PM PT today, and Mixer will be the only place where you’ll be able to watch it in full 4K glory. As Microsoft did the previous years, the company will also be offering free “MixPot” digital rewards.

The content of new MixPot is still unknown, but Microsoft offered some cool games in previous years such as the Rare Replay Xbox One anthology. To get your free digital rewards, make sure to sign on Mixer with the Microsoft account associated with your Xbox Live account, and you should receive your MixPot over the following days.

Mixer itself could well have some stage time during the press briefing, with Microsoft potentially trying to create synergies with its new Project xCloud game streaming service. We should know more very soon, so keep it locked to OnMSFT as we’ll be covering the event live.

E3 2019: Here are all the games included in Xbox Game Pass for PC