Another game will be joining the ever-growing digital library of titles available for free to those with an Xbox Game Pass subscription. The Untitled Goose Game is the latest title announced for subscribers, where players play a troublemaking goose that seeks to wreak havoc around town.

In addition to coming to Xbox One via Game Pass on, the game will also be made available on PS4. Both platforms will get the game on December 17, just in time for the goose to ruin the holidays. The game was previously only available on Windows, macOS, as well as the Nintendo Switch, so now console owners can now have the chance to enjoy the game.

Here’s the game’s description on the Microsoft Store:

Untitled Goose Game is a slapstick-stealth-sandbox, where you are a goose let loose on an unsuspecting village. Make your way around town, from peoples' back gardens to the high street shops to the village green, setting up pranks, stealing hats, honking a lot, and generally ruining everyone's day.

While gamers won’t be able to play the game on consoles until December 17, the game can be purchased for $19.99 on desktop systems and the Nintendo Switch for those who want to go ahead and give it a shot before its availability on Xbox Game Pass.

Will you be downloading this Untitled Goose Game when it becomes available next week? Feel free to leave a comment below. 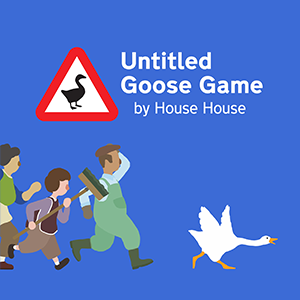 Windows 10 Mobile reaches end of support today, here's what it means for users