If you are as old as I am, you’d know how big a rage arcade games like Street Fighter were back in the day. São Paulo-based game developer, Play Systems attempt a similar free fighting game inspired by the arcade games of the 80s and 90s with Underground Fighters.

At its heart, Underground Fighters is a pretty straightforward game. All you need to do is choose between 8 fighters from different parts of the world, each with his/her own technique of fight and special powers, to participate in frantic battles. Of course, the key is getting skilled to use the varied combos during a fight and use weapons during confrontations.

Underground Fighters is a UWP game available for Windows 10 PCs, tablets, and mobiles. You can play it using touch or keyboard, or via Xbox controller. Playing with latter is great fun because of multiple controls required to attack and defend, especially when unleashing a combo.

Underground Fighters is free, although ad-supported, so give it a whirl and let us know how you like it. 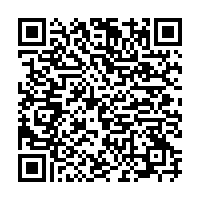