As part of the lead-up to the next season, several UFOs have been spotted around the Battle Royale map by players. The UFOs usually appear as bright lights and quickly abduct a player from the surrounding area seemingly at random.

Here’s a video made by popular Fortnite streamer, Lachlan, featuring himself and others deliberately trying to hunt down the mysterious UFOs.

In addition to the appearance of UFOs and their abductions, mysterious crop circles have also appeared around the map, transmissions discussing aliens have begun broadcasting from radios, and several popular Fortnite players have also been sent DVDs with cryptic crop circle footage in real life.

In case players hadn’t already deduced that the theme for Chapter 2 Season 7 would be about aliens, the official Fortnite social accounts published a teaser which pretty much confirms as much. You can watch it below.

Curiously, the UFO in the above video seems to have the purple glyphs on it. These have been associated with several bits of Fortnite lore in the past and recently were given more of a focus in the current Season 6 with the Zero Point and the Battle Pass character, Raz.

In other Fortnite news, the Windows PC version of the game is going to get several visual enhancements when the Chapter 7 update rolls out next week. Many of these improvements have been available on Xbox Series X consoles since last year and they mostly include improved explosion, smoke, fire, and liquid effects, a different look for the storm, better shadows, and enhanced lens flair effects. Full details on the PC requirements for these improvements can be read here.

Are you excited for Fortnite Chapter 2 Season 7? How do you think the aliens will impact the story and lore? Let us know in the comments below and then follow us on Twitter and Facebook for more gaming news. 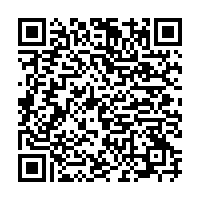