Tune in to Inside Xbox on Mixer later today to get another exclusive free “MixPot” - OnMSFT.com Skip to content
We're hedging our bets! You can now follow OnMSFT.com on Mastadon or Tumblr! 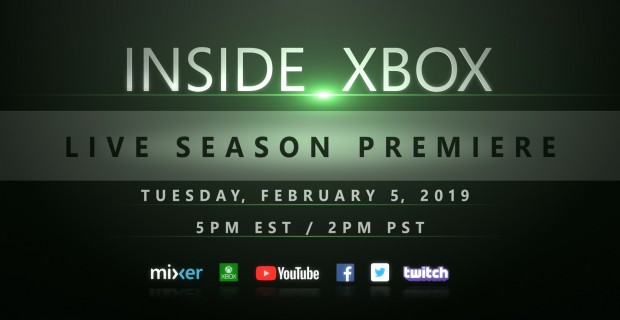 Microsoft’s Inside Xbox Live show is coming back later today at 2PM PT, and those of you who watch it live on Mixer will be able to grab another free “MixPot.” This time, the team will offer an exclusive Onyx Compass skin for Sea of Thieves, as well as invites for the upcoming private beta for Tom Clancy’s The Division 2.

Ubisoft’s upcoming post-apocalyptic shooter will be released worldwide on March 15, but the private beta is set to kick off on Thursday, February 7th at 10am CET through February 11th 2019 at 10am CET. The game will ship after several other AAA games coming this Spring including Far Cry: New Dawn, Metro Exodus, Anthem, and Devil May Cry 5, and hopefully it will be able to find its audience during this busy period.

Today’s Inside Xbox episode should deliver some new Xbox Game Pass additions, as well as lots of news about Crackdown 3, Sea of Thieves, and more. Make sure to connect your Microsoft account to your Mixer account before watching it live on mixer.com/xbox.

Forza, Star Wars Battlefront II on sale this week with Deals With Gold and Spotlight Sale