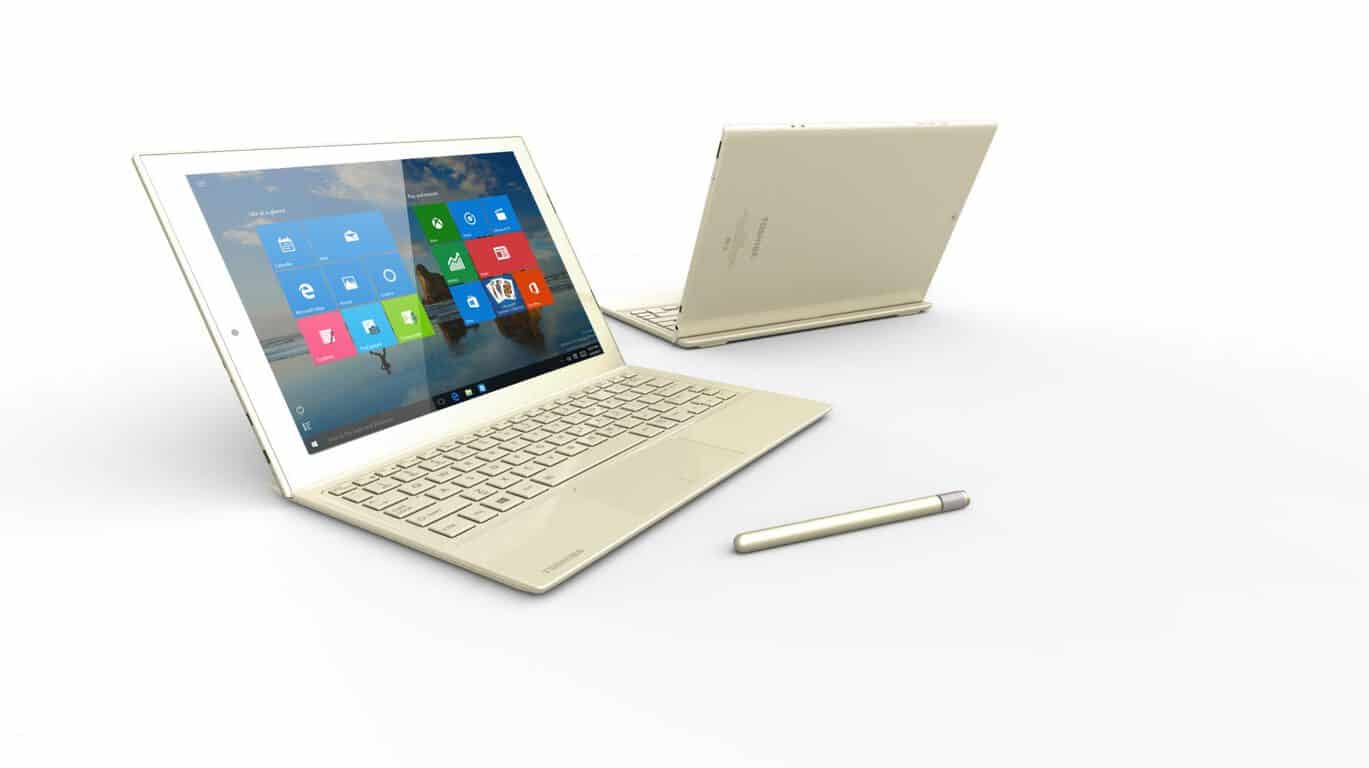 Earlier today in Japan, Toshiba introduced a unique dynaPad tablet which comes with Windows 10 out of the box. The tablet market is already flooded with a bunch of tablets, but DynaPad aims to be different than the lot.
Microsoft's Terry Myerson said in a blog post,

The dynaPad is yet another mile marker in our great relationship with Toshiba and an impressive achievement in the 2-in-1 category. In addition to being a powerful note-taking device – designed to replicate the way people write on paper – the dynaPad has great support for Continuum, and is ultra-thin and lightweight.

The new DynaPad features a high-performance, high-precision Wacom Active Electrostatics (ES) TruPen with 2,048 levels of pressure. The stylus is compatible with Microsoft's Edge browser as well as the Office suite of apps. In addition, it also works seamlessly with Toshiba’s exclusive suite of original business applications, such as TruNote, TruCapture and TruRecorder, new TruNote Clip and TruNote Share apps, which can help users take notes, capture screenshots, and lots more. The tablet is designed to replicate the way people write on a real paper with pen.
The 2-in-1 Windows 10 tablet comes with a 12-inch display sporting a resolution of 1920 by 1280 pixels, and also features an ultra-thin dock which can help users make use of the tablet as a notebook. The machine also supports features Microsoft introduced with the Windows 10 operating system.
The tablet is powered by an Intel Atom processor paired with 4GB of RAM so it can offer decent performance, not as good as the Surface Pro 4, but should be good enough for regular users.
The tablet will hit retail in Europe and the United States in the first quarter of 2016, but customers residing in Japan can pre-order it starting today with the availability slated for December. There's no word about the price of the tablet in Japan, but we'll get back to you as soon as we hear anything more about the launch of the new DynaPad in other markets.