These special Lunar New Year Xbox One designs are fantastic 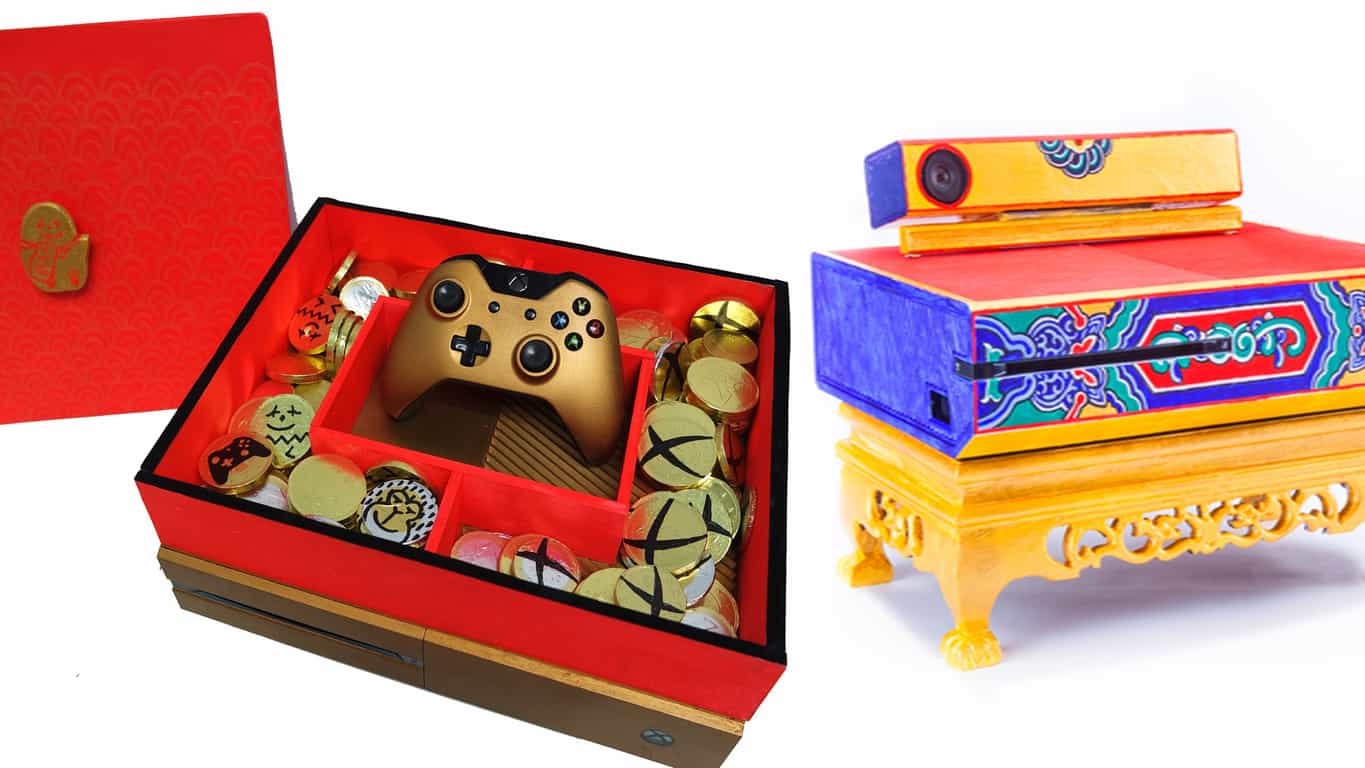 Microsoft is celebrating the Year of the Monkey by collaborating with several artists from Taiwan and China who had been given one month to conceptualise and produce their own custom designed Xbox One console inspired by this year’s Lunar New Year zodiac animal. There are some really stunning creations produced in the project. Here’s a look at some of the best. 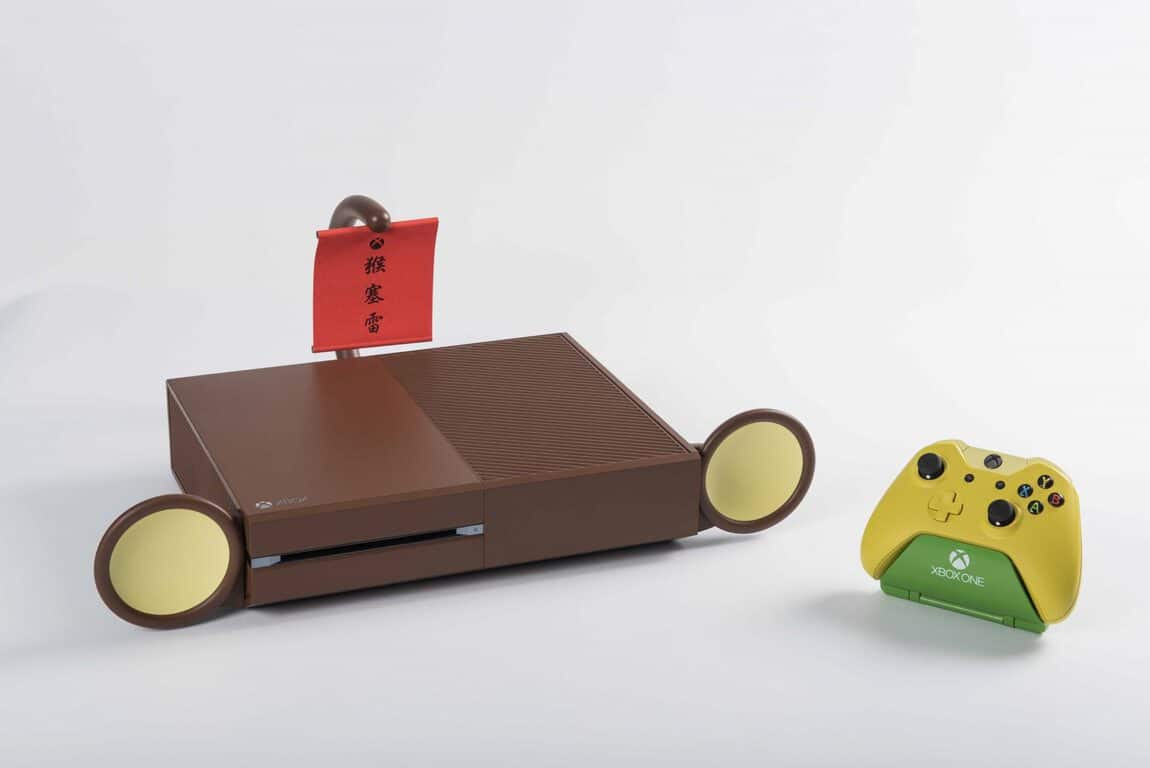 This monkey-themed Xbox One, “Monkey Ear, Monkey Year”, was created by Kevin Chou from Taiwan and apparently symbolizes the sense of reunion which is important in traditional Lunar New Year celebrations when family gather. Check out that banana controller! 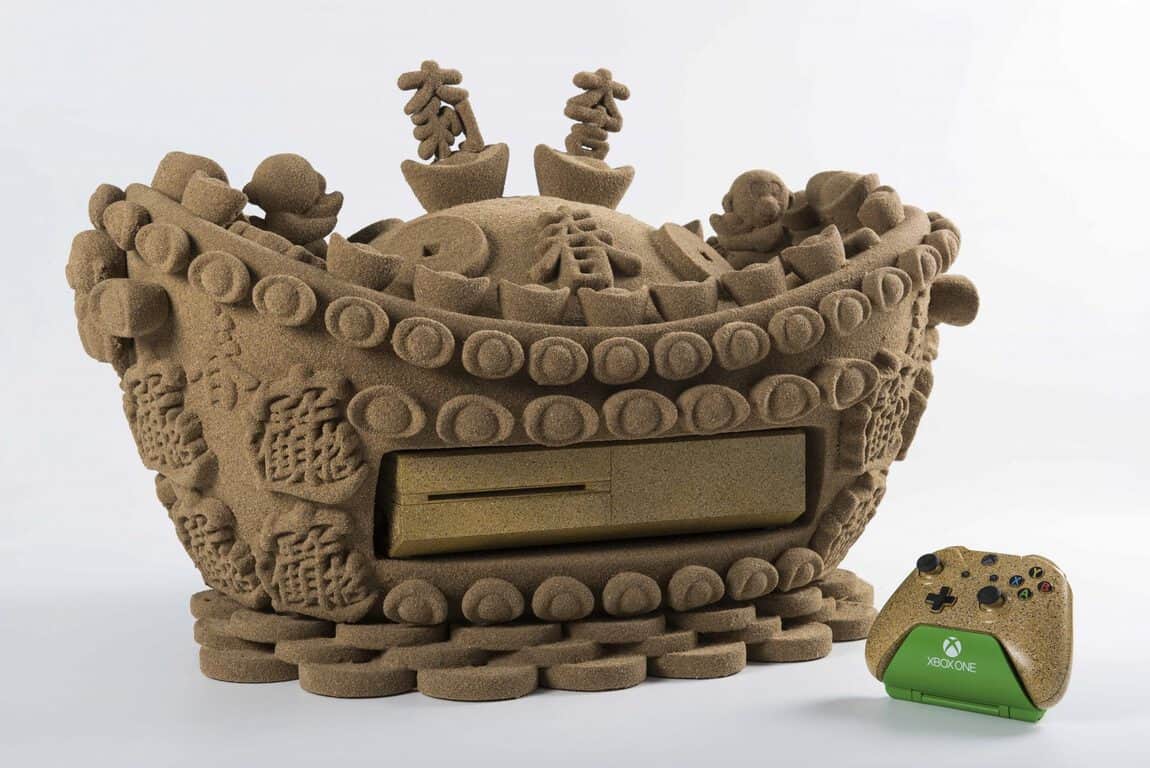 “Golden Sand Ingot” by Song-Kuan Wang also from Taiwan, appears to use real sand to create a more traditional design. Apparently the writing symbolises endless fortune and the entire console would make for a fantastic piece of art to display in one’s home or even a gallery. 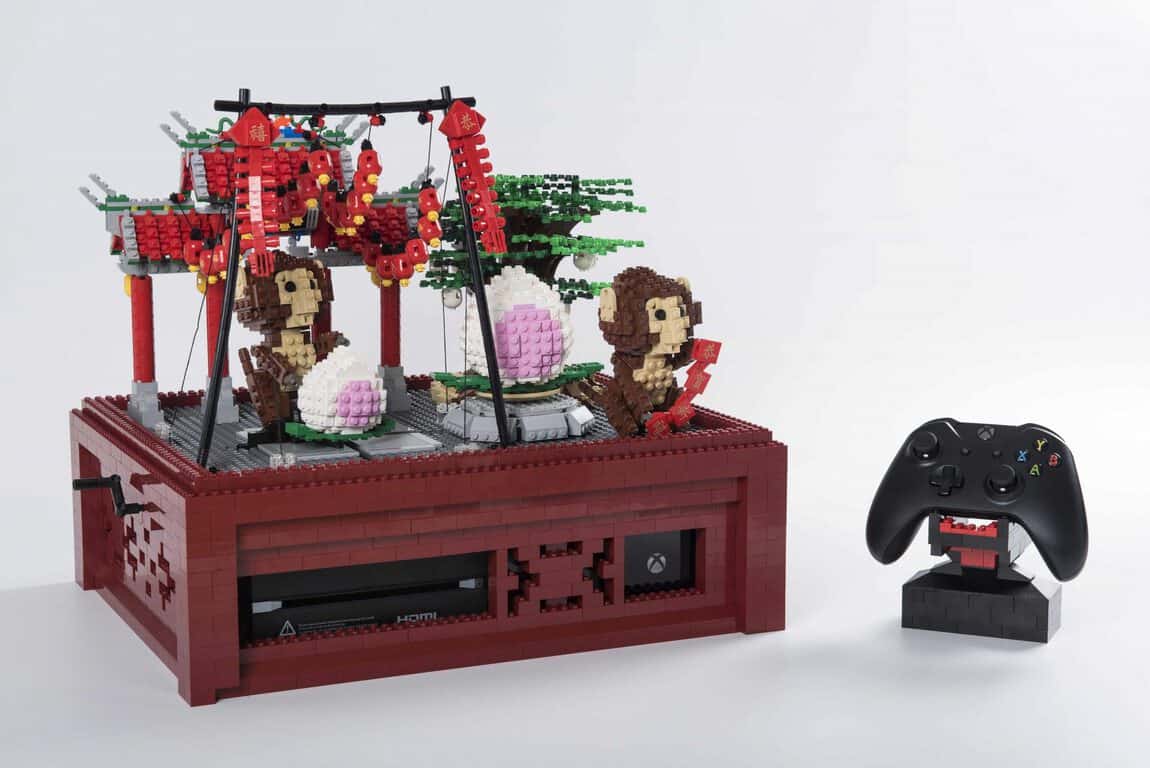 Taiwan’s Tzu-Yu Chao and Chang-Yi Ho used building blocks to create, “Good Fortune Monkeys” which symbolised good fortune and everlasting joy. The monkeys and pears are a fantastic touch as are the traditional buildings and fireworks in the background. 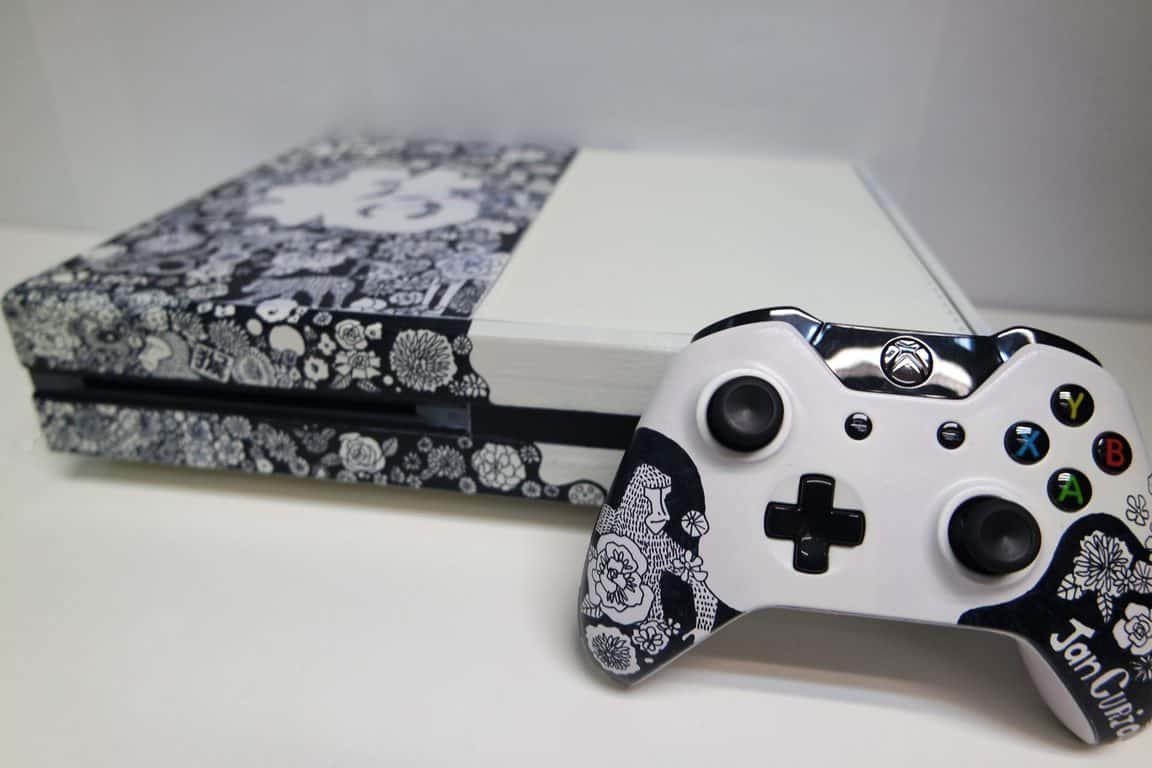 “What the Luck” custom Xbox One console

Hong Kong’s Jan Curious created her Xbox One design, “What the Luck”, with the intent of emphasising principles of Yin and Yang with the black and white colors representing the ground and sky. 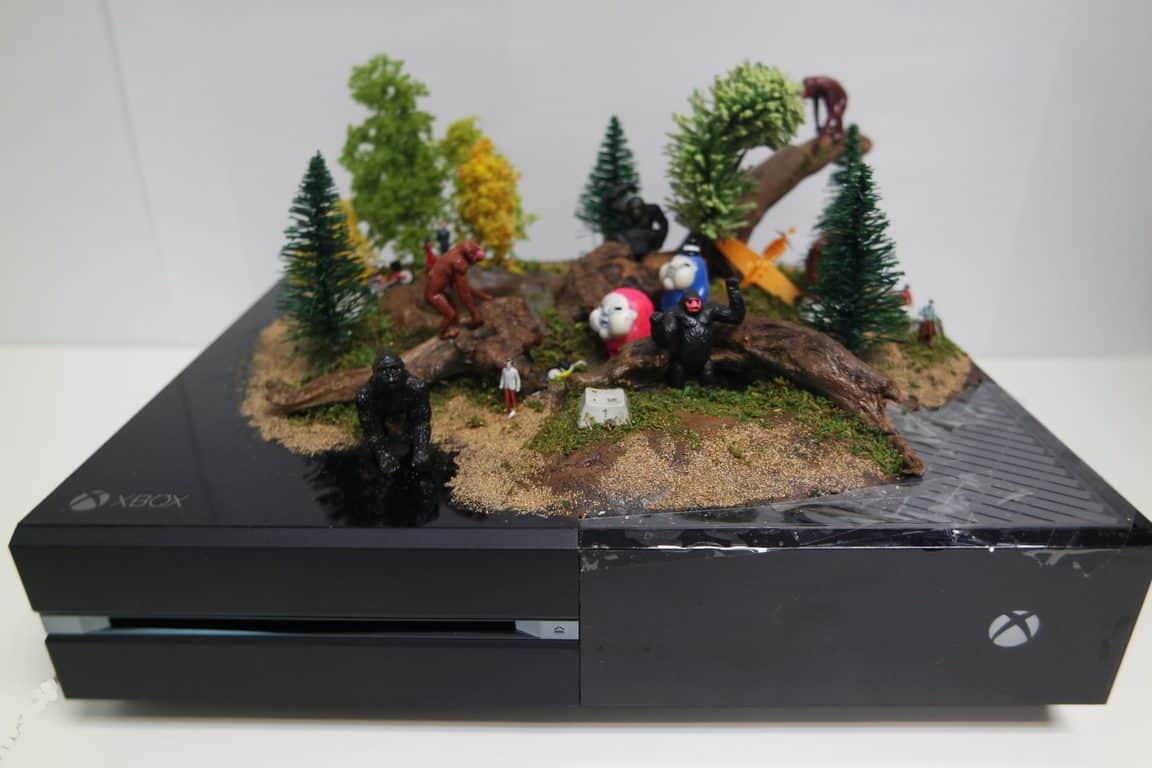 Hong Kong artist team, Graphic Airlines decided to recreate Monkey Mountain atop their Xbox One console. Very suitable for the Year of the Monkey. 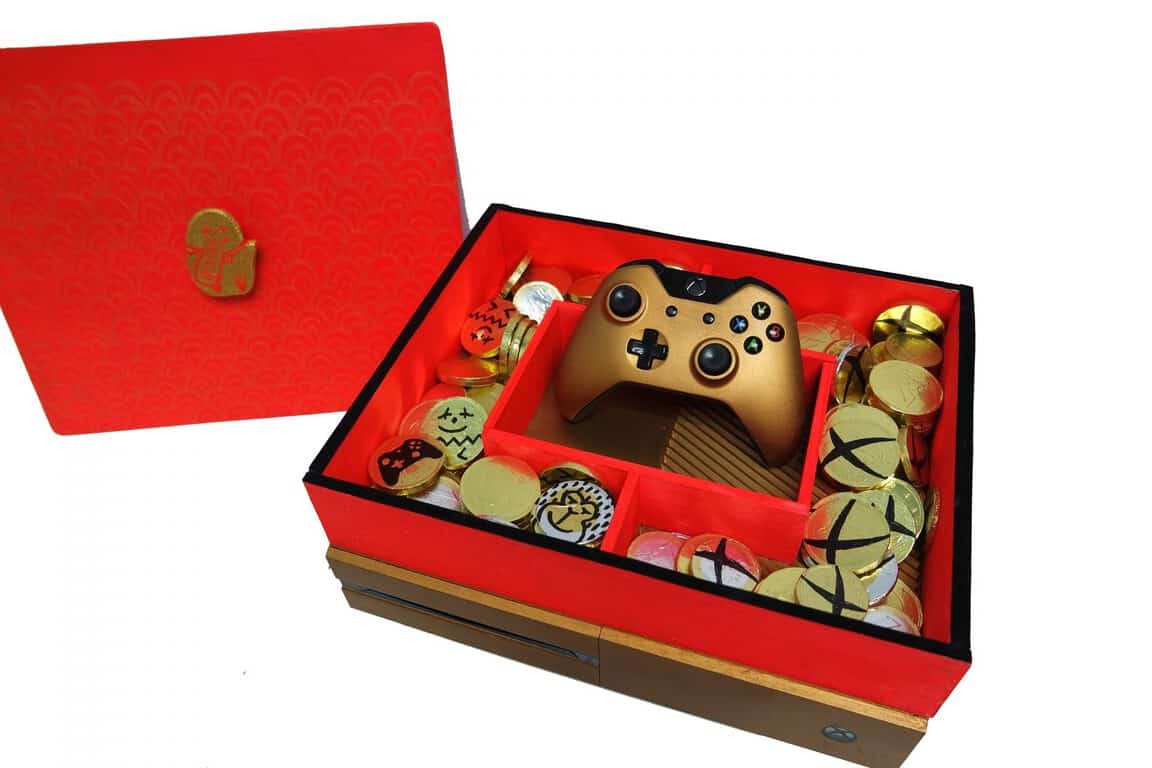 “Candy-box One” custom Xbox One console

Ar To, yet another fantastic designer from Hong Kong, created her Candy-box One went all-out with her Xbox One recreation that mimics the lacquered food containers often seen in several Asian cities. 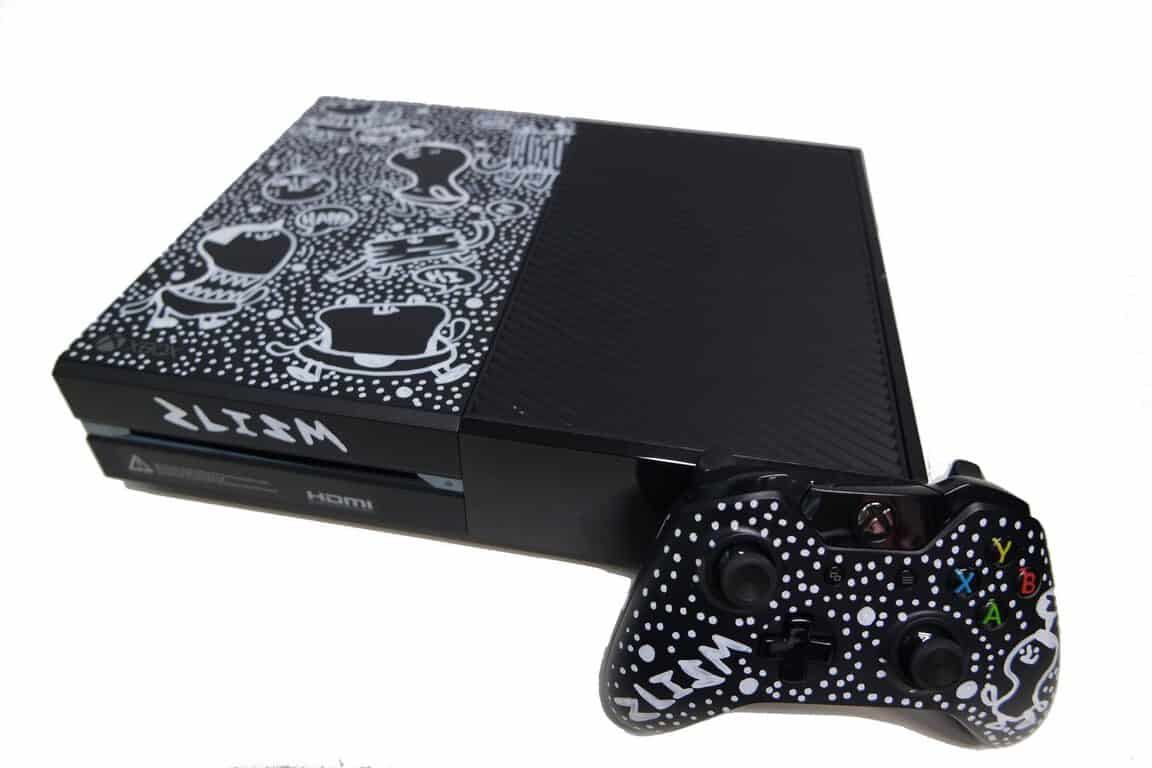 Hong Kong’s Zoie Lam decided to go for a more minimalist approach by using white paint to represent the Panama orange, which is often associated with good luck, and showing it as a square instead of its usual circle to create a sense of change and evolution. Interestingly, Big Fortune also appears to be influenced by traditional Australian indigenous artwork though it’s unclear if this is intentional or not. 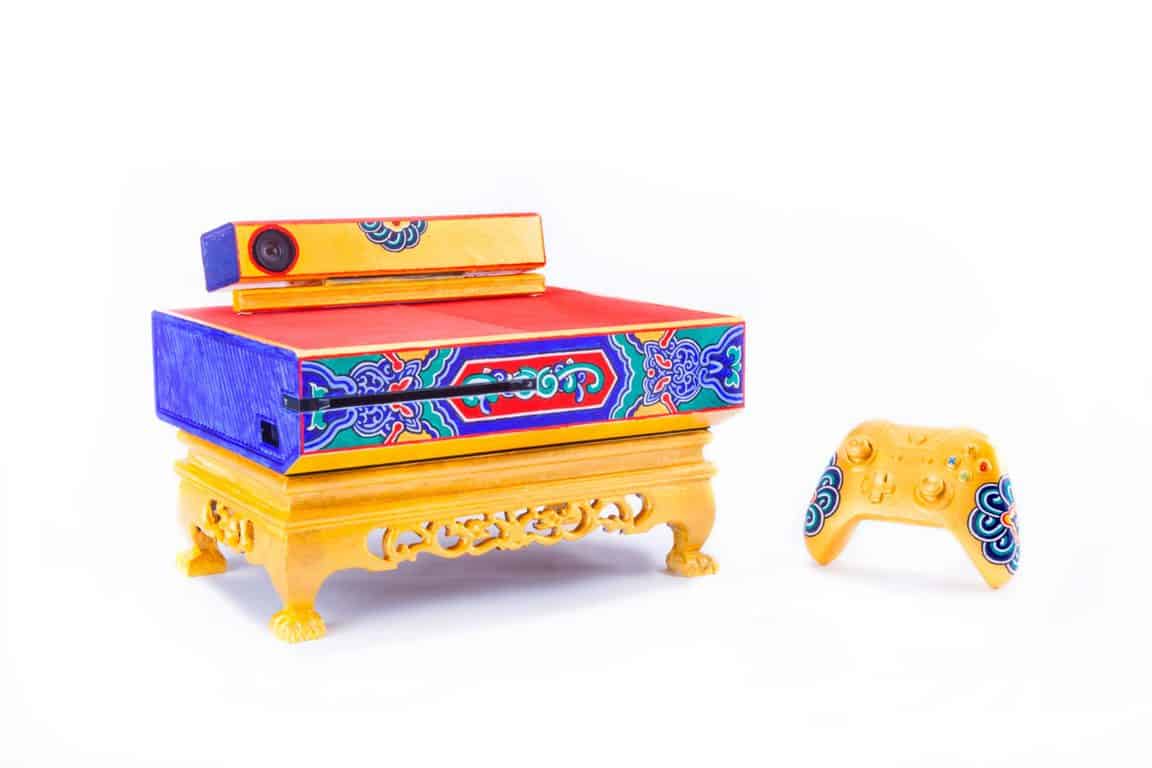 The final Xbox One, The Forbidden X, is created by Mainland China’s Cay Kou, which draws heavy inspiration from Beijing’s famous Forbidden City. There’s a wonderful use of color on display here and creating an entirely new base out of wood and propylene is really impressive. While the name is obviously influenced by the Forbidden City, it’s hard not to draw parallels to the Xbox One’s history in Mainland China where it was banned due to videogame restriction laws that were recently lifted.

The Xbox One launched in Mainland China just over a year ago and there have been reports of it selling out in stores yet also not selling enough to make it a true financial success for Microsoft. Last year Microsoft reduced the price of the console in China in an attempt to boost sales but despite seeing a discount of almost US$100, the system is still ridiculously expensive for the average Chinese consumer.

The Forbidden X is by far my favorite out of all of the extraordinary Xbox One redesigns. Which one’s yours? Let us know in the comments below.